Flappy Bird is an enigma. It looks like something chroma-keyed onto a sitcom smartphone. I imagine that, from the outside, this is what people think mobile gaming is all about. It’s almost self parody; a perfect encapsulation of all that’s good and bad in mobile gaming culture (not entirely unlike the fake-then-real, but horrible,Unicorn Apocalypse).

Any conversation I’ve had about Flappy Bird goes the same. ‘Have you heard of Flappy Bird?’ I’ll ask, which elicits a universal ‘Oh, I hate that game! But I can’t stop playing.’

The game is simple enough; Flappy Bird’s presentation is spartan. From the outset, all you’re instructed to do is tap. That’s it. You fly through the vertically-scrolling, Super Mario World-esque pipes increasing and decreasing your height. There isn’t a lot to dissect.

The game released on iOS in mid-July 2013, and the Android version – which the developer purposely made easier – has only been out for since January 30th of this year. The Twitter account Flappy Bird Problems (@flappybirdsprob) – at the time of writing – has over 7,000 followers. There are Let’s Plays of the game. It’s even spawned – not clones, but conpetitors; in the words of TouchArcade’s Eli Hodapp, “Flappy Bird-likes”

Flappy Bird’s recent success isn’t driven by people like us – if you’re on this site, I can only assume you care more about mobile games than, say, your mother. Not the people who talk about games on Reddit or through online communities, but the general mobile public. People whose Google Play exploration starts and ends at the ‘Top Free’ charts. 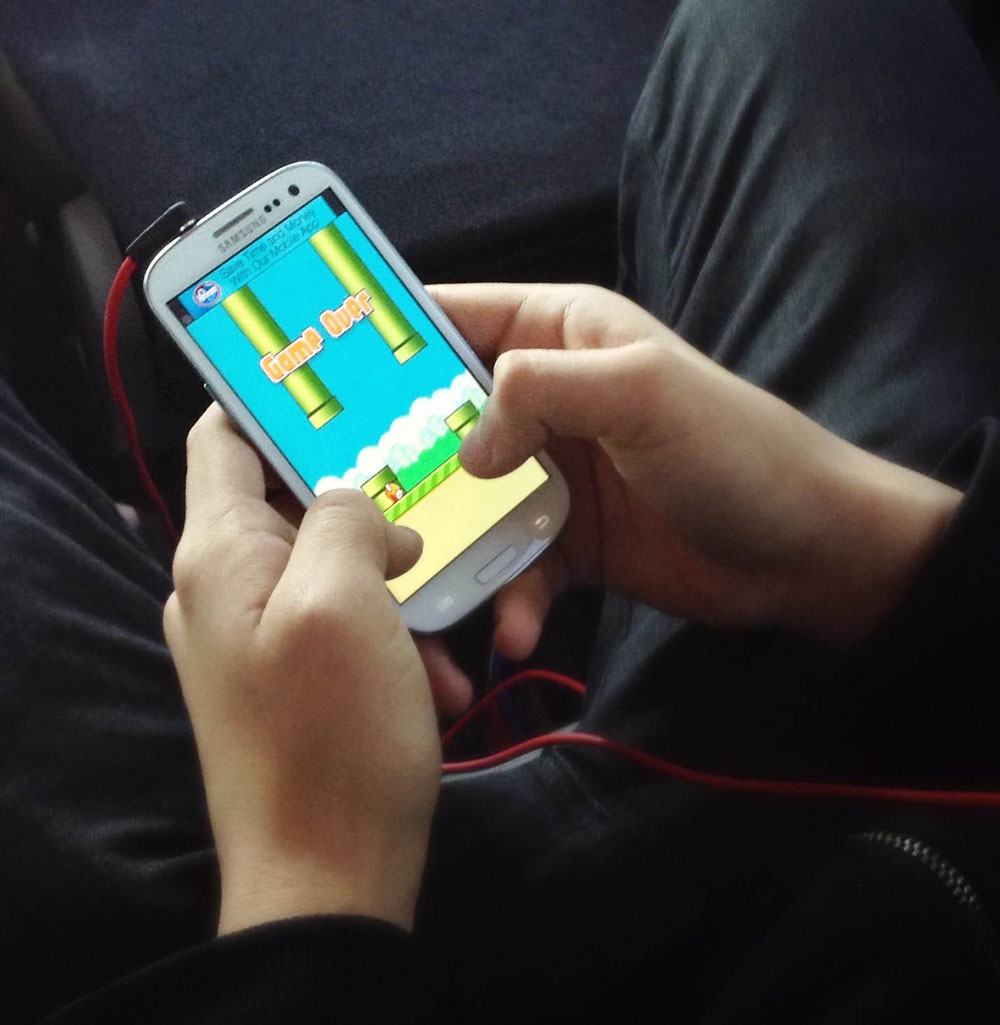 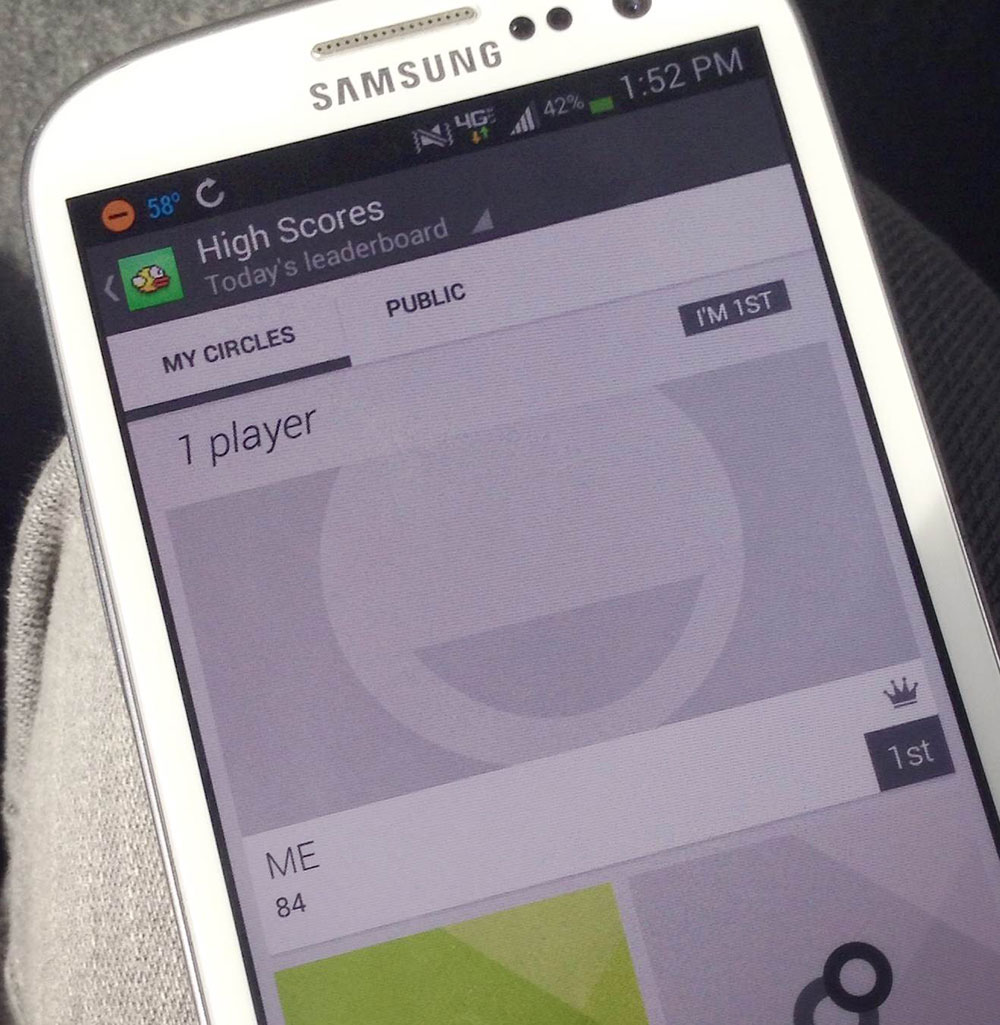 “What is there to understand?” said my 15 year-old niece, Victoria, when I asked her about Flappy Bird. “You don’t need to understand,” – “It’s an addiction once you start” added our other friend, Victor. They’re the two best Flappy Bird players I know – scorers of 22 and 84 respectively and my impromptu mentors. “It’s a mental thing, you really want to do it,” she said. “Every time you die, you have angrier and angrier, and you’re like ‘I can do this’.” It’s like a carnival game. Victory always seems so attainable, “It’s so easy, and the fact that you die so easily makes you wanna, like… Ugh!”

Of course there are the left-field strategies like changing the orientation of your phone, using two thumbs or inverting the screen’s colors, but the three biggest – and most important – rules my Flappy Bird mentors imparted were these.

1: Don’t tap more than that three times in the tube; much more than that is too much.
2: Stay low; you’re more likely to hit the top than the bottom.
3: Don’t overthink it; you’ll die. 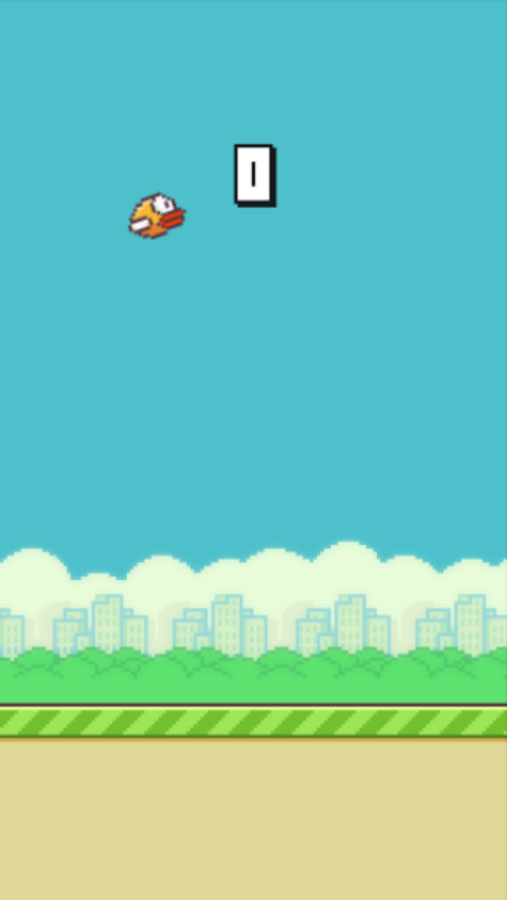 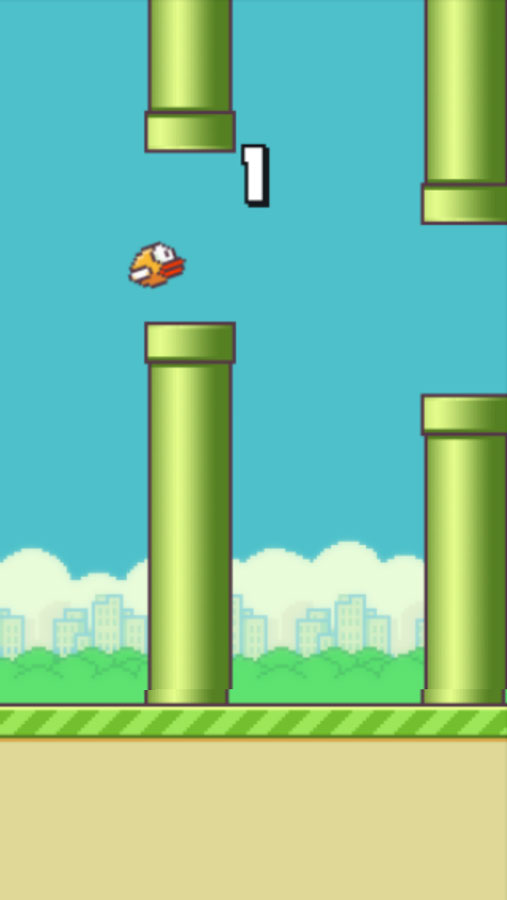 The game’s genius comes its tight controls (a trait Flappy Bird shares with they best anger-inducing, twitch games. Like Super Meat Boy). The bird’s physics just feelright. It’s difficult to accurately describe – and ultimately ineffective. it’s a free, 894kb download – how piloting the bird feels. Initially, it feels like “Playing Ninja Gaiden with a random jump button”. But after extended play, you really get a feel for the birds flapping/falling intricacies. If you fail, it’s not a fault of the I game’s design, it’s yours.

After the intermidable hours of Flappy Bird training, scored by a soundtrack of Math the Band, I haven’t come the come to the conclusion of whether or not Flappy Bird is a good game. It’s a game conducive to word-of-mouth spreading. It’s pointless – as much as any game is, really – But it’s also refreshing to see a mobile game this popular that isn’t predatory, and doesn’t include in-app purchases.

It’s too simple to formally review, but too intriguing to just toss aside. I can’t with any definition say if Flappy Bird is good. It’s fun. It’s definitely not for everybody and it’s entirely possible I’m overthinking the entire thing. The game is beautiful in that everyonecan play it. There aren’t any foreboding on-screen touch controls. You can play it single-handed. It’s simpler than Angry Birds, yet it requires greater focus. It’s the ‘easy to learn, difficult to master’ idiom personified in a single game.

Flappy Bird is an enigma. An odd bird, so to speak.