Platforms Unlimited is a one-button minimalistic platformer that is rather challenging as well. Since it is minimalistic in style, it has some pretty simplistic graphics and controls, hence only the one button you need to push. Tapping the screen makes you jump. Touching the screen longer makes you jump farther. The goal of this game was to bring back how gaming used to be where it was more about the gameplay, fun and challenge than insane visuals. 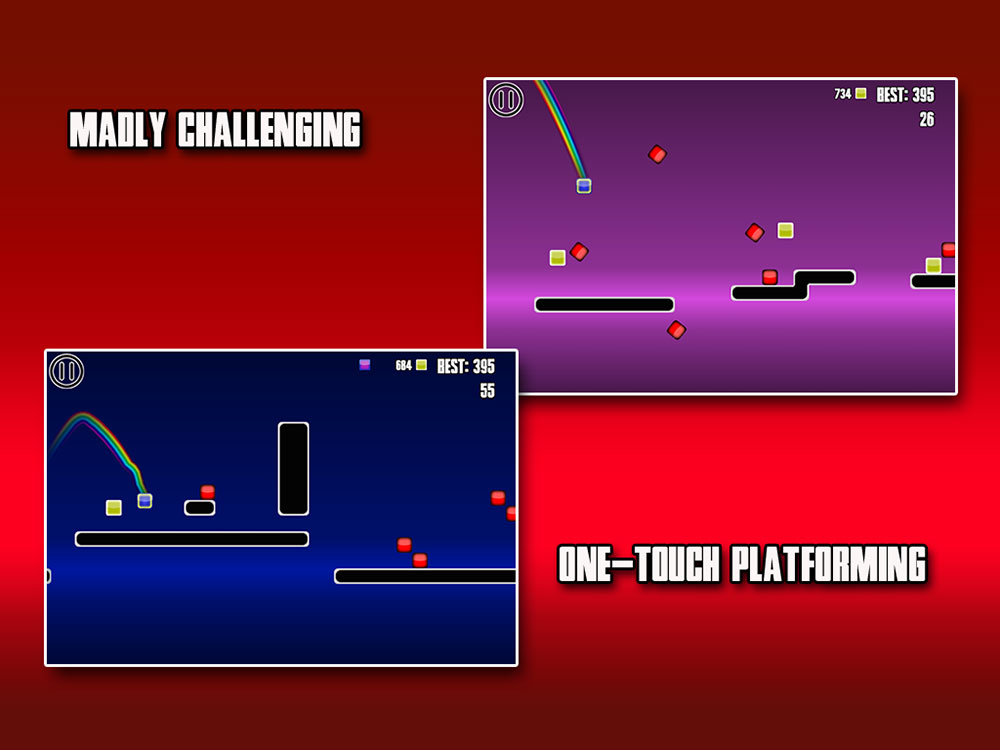 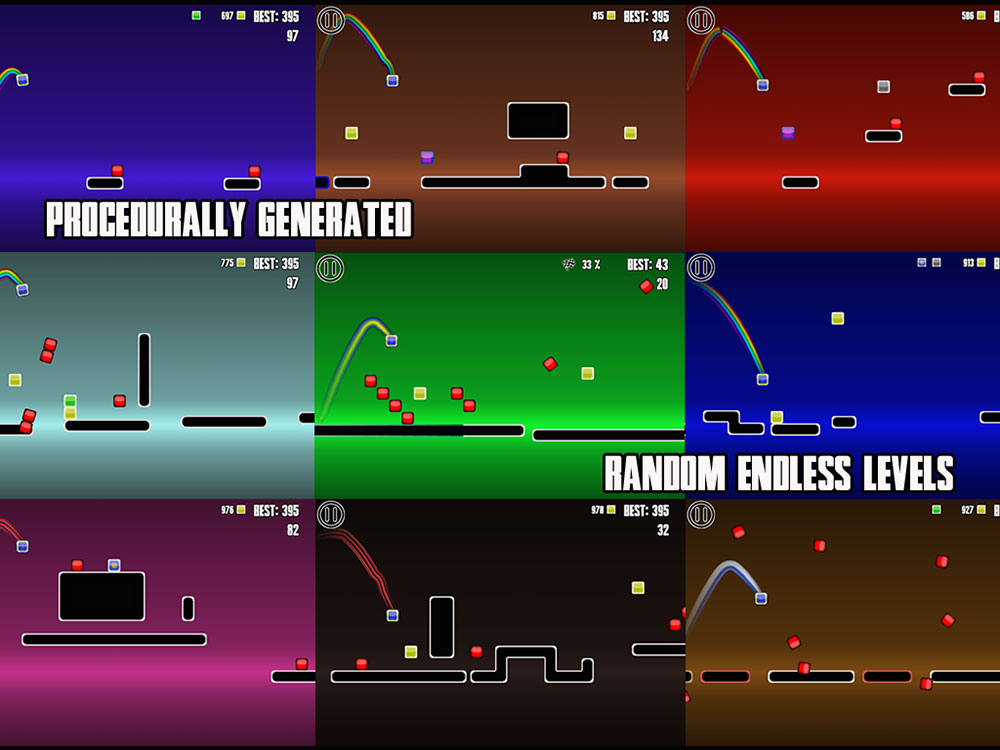 – Procedural endless levels: every game feels different.
– Dailies: beat 3 new ‘fixed’ levels every day.
– Missions system: complete up to 3 missions in a game for coins rewards.
– Power-ups and trails upgrades: use your rewards to unlock and upgrade power-ups or to change the look of your trail.
– Google Game Service: leaderboard and achievements

Every time that you play this game it will be different due to every round being procedurally generated. Not only do you have to be precise with your jumping, you also have enemies to avoid (denoted by their red color). The longer to survive and the more coins you collect, the higher the score you will have when you eventually die, which you will do.

Platforms Unlimited is available off of Google Play for $0.99 and the only requirement is that you are running Android 4.0 on your device of choice.