Tin Man Games is well-known for their interactive RPG books on Android, whether it be their own Gamebook Adventure series or bringing to life digitally the Fight Fantasy series of books. Well today the folks over at Tin Man Games have released something a little less serious but just as much fun called Zombocalypse Now.

Instead of being a serious adventure like their usual releases, Tin Man Games has brought us something a little more light-hearted, but still on the horror scale of things. In this book you’ll be taking charge of a stuffed bunny rabbit who has found himself in the midst of a zombie apocalypse. As the game’s description aptly puts it:

You’ll be confronted with undead hordes, internet dating, improper police procedure, and the very real possibility that you’ll lose your grip on reality and wind up chewing the carpets. 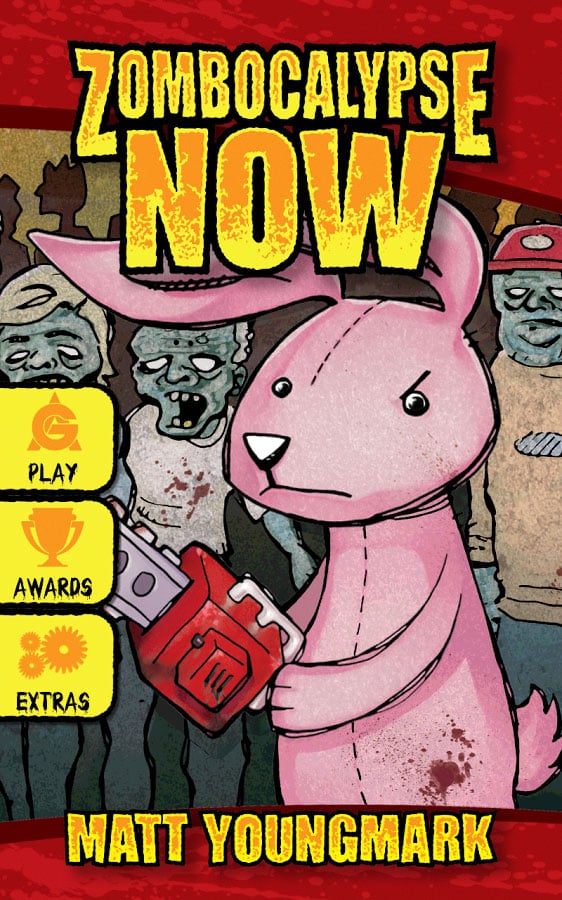 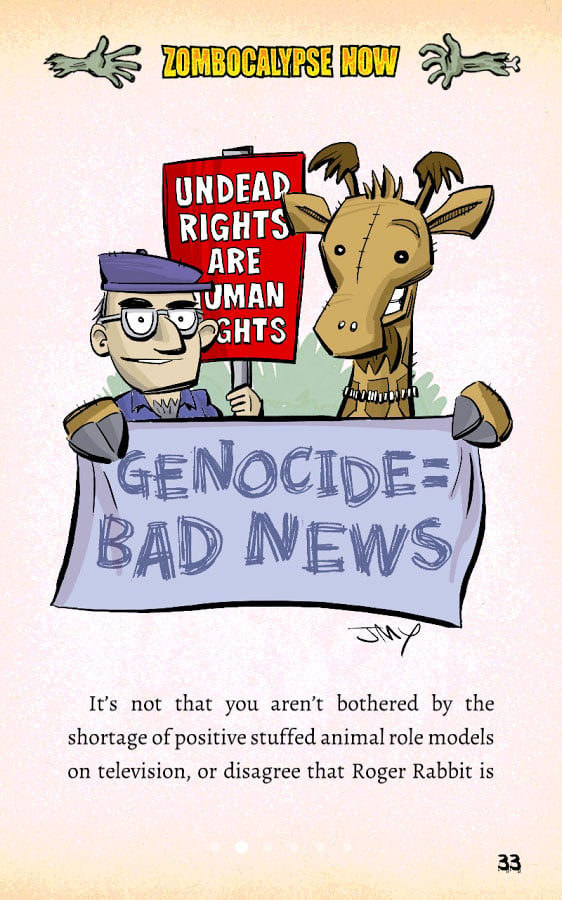 If that doesn’t sound like a win right there then we don’t know what does any more. Don’t go thinking this book will be easy though since one wrong choice could have you ending up as a dead stuffed bunny. Of course you will have all the features you usually find in a Tin Man Games release to play around with as well including interactive character sheets, dice rolling and more.

• Read and dictate the direction of the story! Choose your own path to your impending doom!
• Lots of achievements to collect and artwork to find throughout the book. These are placed on your achievement wall.
• Hundreds of endings – at least seven of which don’t include your horrible demise!
• Full color artwork along with new images specifically created for this edition

The good news is there is apparently at least seven endings where you don’t die. We have yet to prove this but we shall work hard to confirm this fact. If you’re ready for a new Tin Man Games release and don’t mind plenty of humor meshed into it this time, you can pick up Zombocalypse Now off of Google Play for $2.99.