Supercell security apparently breached by a hacker, company posts the leaked revenues anyways. Third game is also on the way.

Clash of Clans developers Supercell apparently had a hacker breach the company’s security, accessing corporate emails and business accounts, and then leaking this information online. Supercell has then turned around and posted the information anyways, announcing their 2013 revenues as well as up-to-date daily money coming into the company from their two games.

Needless to say the company makes a ridiculous amount of money and is comparable to larger game studios and their income. In short, Supercell made $892 million in 2013 with Clash of Clans and Hay Day, with Clash of Clans being the more money earning of the two. This same information was leaked by a hacker, going by the name of Ethical Spectrum, who apparently got into Supercell’s business systems.

Other interesting information that was leaked includes the fact that Supercell apparently make a ridiculous $5.15 million a day right now in 2014, at least on February 7th, 2014 which is when the leaked screenshot was taken. This is up from $2.44 million earned daily in 2013. Pretty impressive figures for a company with only two games but that is about to change as well.

Lately Supercell has been teasing a third title called Boom Beach that hasn’t had a launch date. However new information suggests that Boom Beach will be arriving onto iOS in March 2014 with an Android version following shortly afterwards. 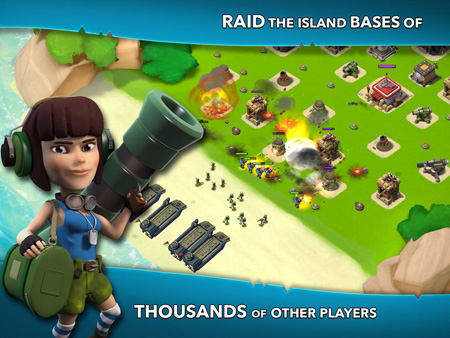 As for the break-in to the company accounts, the hacker did post that they did not have access to anyone’s credit card information or anything like that. Supercell CEO Ilkka Paananen confirmed the break-in and issued a statement alongside the official revenue announcements:

This apparently isn’t the end as Ethical Spectrum issued a response to Paananen’s statement saying “check your PC and your Emails i’m not done with you but i’ll stop attacking you right now , Wait for me“.

We will keep an eye on things and see if anything else interesting happens.