Yesterday Rovio began teasing a new Angry Birds game that is slated to head our way soon. However yesterday’s announcement didn’t have a whole lot of details but Rovio did say we would get more details today and sure enough we now know what this new game is called – Angry Birds Stella.

So what exactly is Angry Birds Stella? Well judging from the new image released today, it’s an overly cute rendering of Angry Birds… well the new flock of birds anyways since this game has new birds. Honestly, it sounds like a hippy and overly imaginative version of Angry Birds. As to what this game will actually be, we can only assume it will be similar to previous Angry Birds titles. 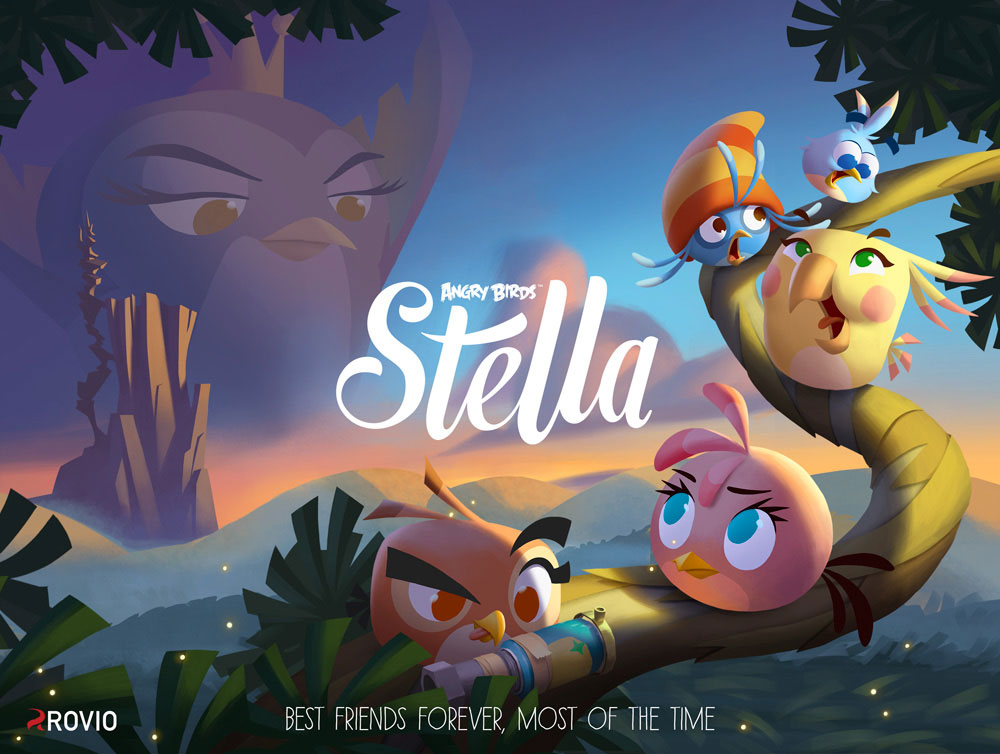 Why do we think this? Because Rovio’s press release has done everything to pump up how awesome and inspiring Angry Birds Stella is without actually telling us what the game is at all. We do know that we will be ‘taken to parts of the Angry Birds universe that we haven’t been to before’ which is good since this is supposed to be a new game.

Angry Birds Stella will open a door to a part of the Angry Birds universe you’ve never seen before! There will be plenty of fun and adventure, but the bunch of passionate pals will also have to deal with some serious issues in order to protect their friendship and the environment they live in. Luckily, Stella and her friends are good at finding creative solutions!

As always we have a new teaser site for Angry Birds Stella that has gone live. There isn’t anything there right now but the one image which have shown above. Hopefully we are wrong and Angry Birds Stella is something amazing and different but we aren’t getting are hopes up. Either way we will find out this Fall.