This new updated version of the “Alpha 1” build will bring with it new content as well as let Nom Nom Games test and solidify the cross-platform gaming so that it is seamless in its performance. For those of you wondering if any of the people working on this game are from the Dungeon Defenders team, the answer to that is yes.

Giving players super early access to the game lets the community be directly involved in the development of Monster Madness Online. Fans can have input into features they would like to see in the final game. – Jeremy Stieglitz, Director at Nom Nom Games 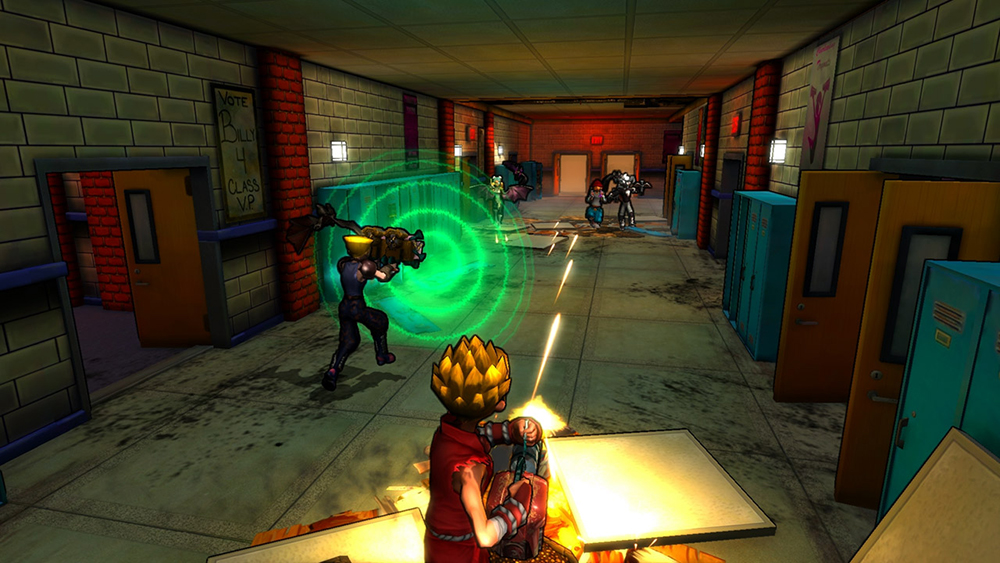 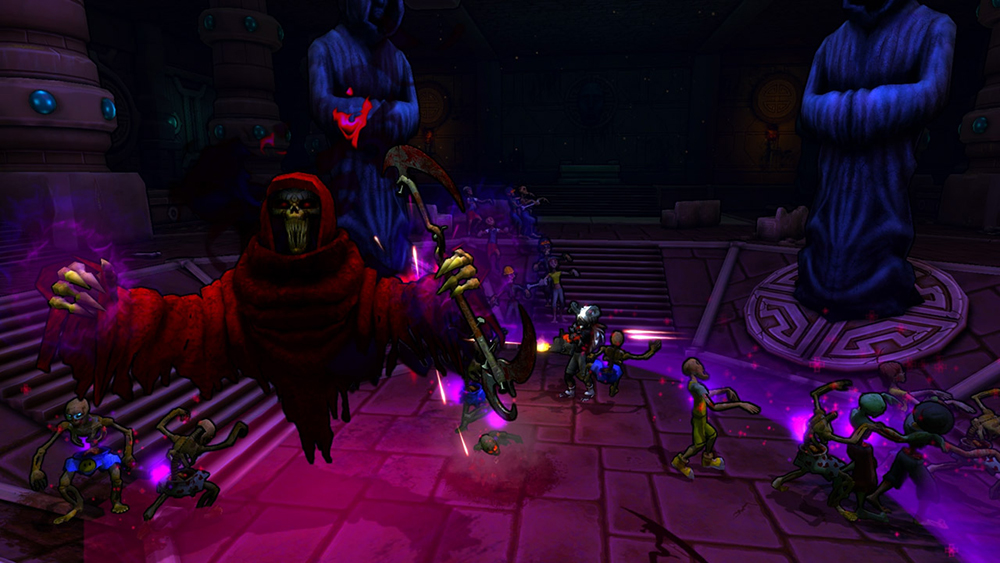 So what is Monster Madness Online? Well for those of you not familiar with this game, this title is set in Suburbia City which was totally caught off guard when a martian invasion happened. There are currently four kids to play as: Zack Fowler (the Nerd), Andy Gomez (the Skater dude), Jennifer Sweeney (the Cheerleader), and Carrie Rosenberg (the Goth). The goal is to fight back, pushing the martians first out of your beloved Suburbia City and then taking the fight to their ship.

In terms of game modes and customization of characters, players will have 4-player co-op campaign missions, survival mode, and competitive PvP with 16-player battlegrounds. There is also deep character customization options, enabling players to create much more distinct characters. You can then upgrade them with weapons and gear, customize their character classes further, and allow them to train pets which will assist them in combat. 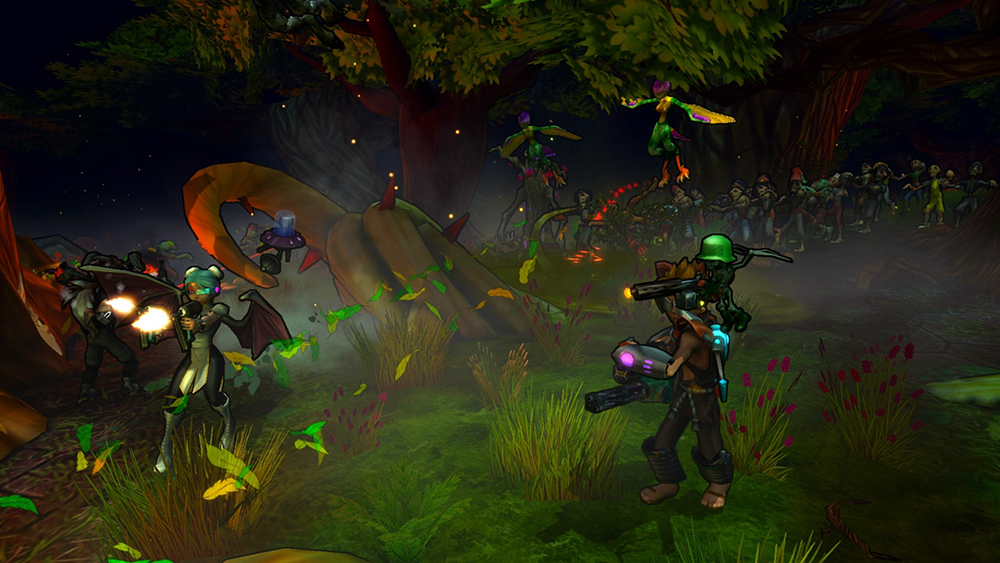 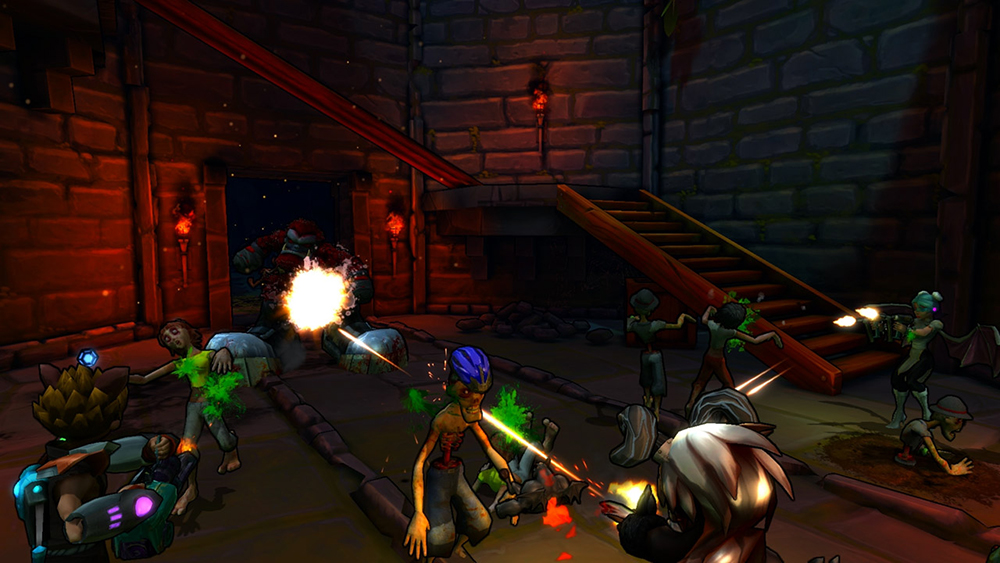 With the release of the “Alpha 1” build for this new round of public testing, here is the new content you can expect to find when you jump into the game:

– “The Diremarsh” Survival Map: This level emphasizes non-linear exploration. Venture through this monster-infested magical forest to discover and conquer the evil that lies within!
– Six New Enemy Types: The forces of evil have grown stronger joined by Miss Hiss, Headless Priest, Harpies, Evil Trees, Big Foot, and Skeletons.
– The Grim Reaper: This wicked boss joins the fight as players attempt to escape from the crumbling ruins below the center of The Diremarsh! Can you defeat him and his immortal Army of the Dead before they pull you into the Underworld?
– The Great Cat Hunt Story Mission: Travel all throughout Downtown Suburbia City and rescue Granny’s cats from numerous challenging predicaments. Bring her precious kitties back to her for a special reward.
– The Boomerang and Soda Grenade Launcher Weapons: The Boomerang, a powerful unlimited-ammo ranged weapon which lets you multi-target enemies and take them all down with a single throw! And the Soda Grenade Launcher, a cluster bomb launcher of fizzy soda pop cans useful for crowd control.
– Three New Abilities:
*Flash Heal: Instantly burst-heals all players for a flat amount over a small area of effect.
*Cat Scratch Fever: Unleashes Feline fury, dramatically increasing your melee attack damage, attack speed, and movement speed.
*Invisibility Cloak: Renders you completely invisible to all enemies but slows your movement down to “sneaking speed”.
– “The Conscience” Pet: Composed of both an Angel and a Devil hovering over your shoulder — you can dynamically pick which one is active to use a different enhancement, for good or evil.
– Lots of New Cosmetics: Hilarious new costumes, expressions, and accessory skins await!

The third round of testing for Monster Madness Online has just begun. If you don’t have the game installed onto your Android device, you can snag a copy of it off of Google Play right now for free. You can also play it on your PC, MAC, Linux, through Steam and whatever else by visiting the game’s official website. For those of you wondering, yes there is gamepad support.