PAX East is underway and Harmonix is showing off their upcoming mobile game called Record Run. While mobile has a slew of endless running games already, it is still always good to see something a little bit different when it comes to games released in this genre. In the case of Record Run, this game is a combination of endless runner and a rhythm-based game.

In Record Run players will be running through different environments, collecting records along the way and avoiding hazards and traps. In other words Record Run doesn’t fall too far from the endless runner tree when it comes to this part of the game. However the game will apparently use the music you have stored on your phone and the gameplay will change depending on the music you’re using at that time. Record Run will also have its own soundtrack of course. 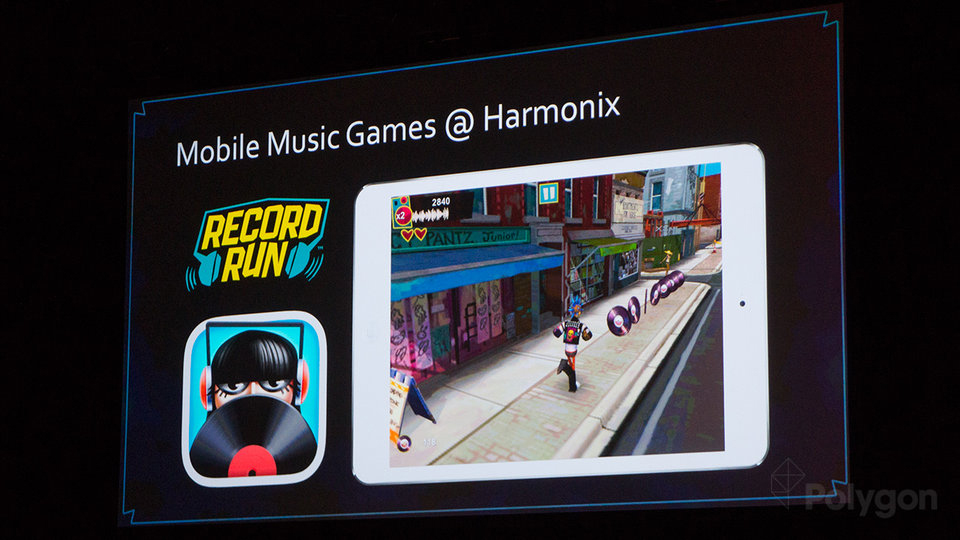 Gameplay goes to the beat of the song that is currently playing at the moment which is where the rhythm-based gameplay comes in. Harmonix didn’t expand too much further with details about this game when they announced it, only that it will be one of a few mobile games the company is planning to release this year. Since Record Run is an endless runner, it’ll be available for free when it launches.