[Updated] The next Modern Combat game from Gameloft has an official title now, storyline details released

Update April 30th, 2014 7:55am PST: Gameloft UK has officially posted a blog post regarding Modern Combat 5: Blackout and it goes into a little more detail about what to expect in regards to the storyline. While the game does start in Venice, Italy, it will shift over to Tokyo shortly afterwards which is why they sent out this game art of Tokyo. Regarding the single-player content, Gameloft is really stressing that they have focused a lot on it, as much as they do with the multiplayer content. You can read the entire post here.

Modern Combat 5: Blackout will feature a lot of the same great gameplay found in the past installments into the series but, of course, there are some new additions as well. Once again players will partake in an adventure across the globe, engaging in special counter-terrorism operations while using the latest and most technologically advanced combat weaponry available. 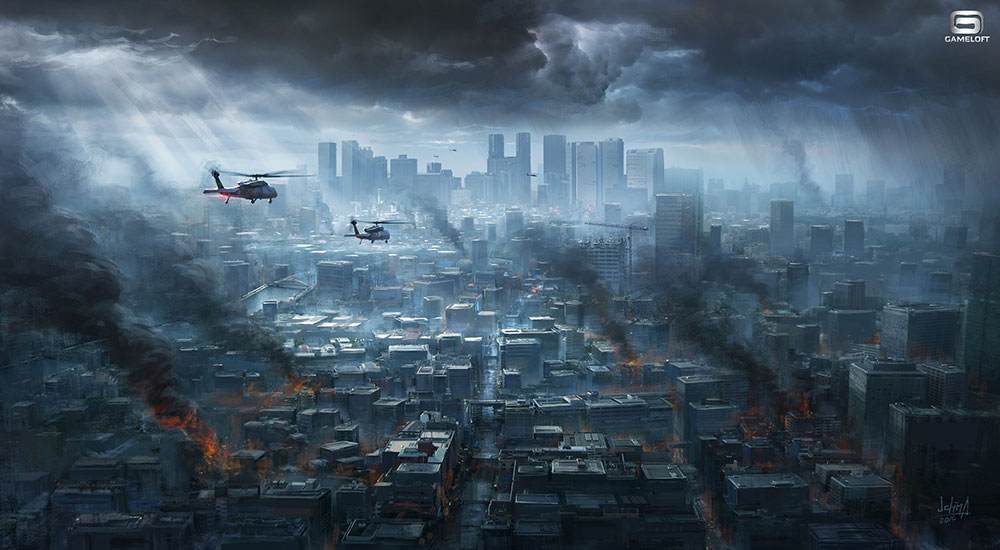 According to Gameloft, the development team behind Modern Combat 5: Blackout wanted to have players experience the story in a more intense and diverse way not experienced in previous titles. What this means is that the single-player content will consist of compact and dynamic missions that build up the suspense of each the upcoming action-packed moments that will be the peak of each of these missions. As for the storyline, here is what Gameloft has announced so far:

Like fans have seen in some of the earlier demos, the story will indeed begin in Venice, Italy where Phoenix, the main character of the game, is sent on a special operation to secure a transport of WMDs from a particularly well-armed terrorist group. From there the plot will take gamers on a globe-trotting adventure, including a particularly harrowing sequence in Tokyo where Phoenix has to fight amidst total anarchy while trying to convince his allies to accept an uncomfortable secret. By the end, players will have experienced a range of visually-stunning settings, and thrilling action-packed combat sequences.

Gameloft did a pretty big build-up to Modern Combat 4 before it was released. We can expect the same with Modern Combat 5: Blackout as well and Gameloft will slowly be releasing further details over the coming weeks. As for when the game will actually hit Google Play, Gameloft hasn’t mentioned that just yet and probably won’t for a few weeks at least. We will post updates as more details emerge.