Monument Valley Review: A Quick, Mind Melting Trip Through A World Where M.C. Escher Is God

Value is a tricky thing when it comes to video games. For movies, books, music, and other forms of media, the price is fairly simple to understand. While the value of those things have undoubtedly changed over the years, what they provide is fairly consistent. A movie is an hour and a half to three hours. A Song is three to six minutes. A book is as long as it is thick. But video games, are different, video games aren’t so easy to define.

Out of all the forms of popular consumable media, only video games differ from each other so drastically. One game can be sixty hours long, another can be six, and they can cost the same price. This brings up some questions about entertainment value vs price. Is six hours of intense entertainment equal in value to sixty hours of a slow burn?

This becomes even more problematic when you move to the mobile realm. Mobile gamers are used to cheap and free games. Even spending a dollar is a fairly large commitment for the average casual Android gamer. A measly three bucks, like Monument Valley’s price, is considered to be approaching a “Premium” cost of admission. Fair or not, when considering Monument Valley’s short playtime, the price is going to be considered. 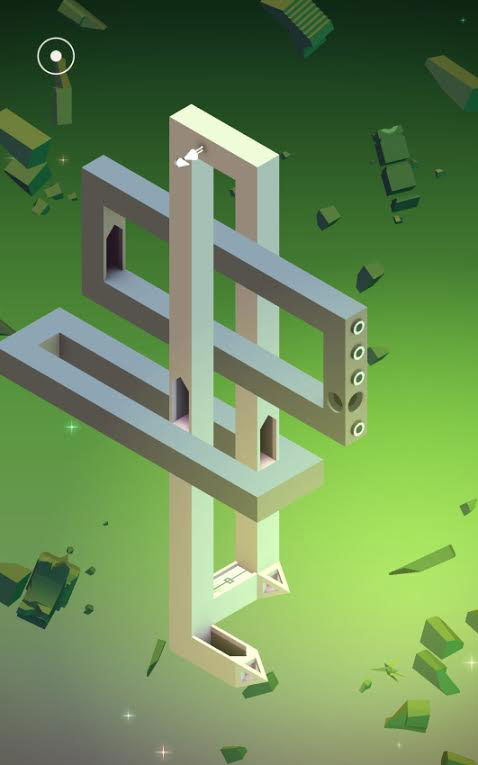 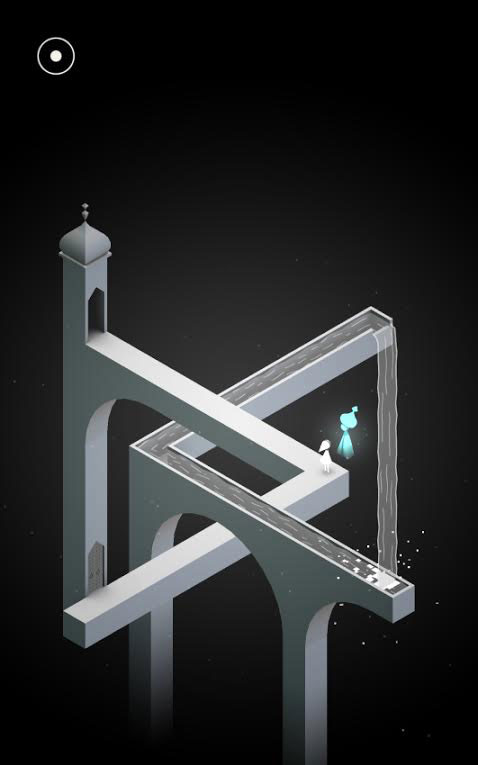 Considered, but not the end all, be all. While Monument Valley will undoubtedly be over well before you are ready for it to be, its innovative puzzles, haunting soundtrack, beautiful artwork and minimalist but touching storytelling make this an experience worth paying for.Monument Valley gives players control over a silent princess protagonist. The goal is to get her from one end of an M.C. Escher inspired castle to the other by utilizing a series of levers, sliders and visual tricks. Players simply tap where they want the princess to go while certain sections of each level can be manipulated.

Perspective plays a huge part of Monument Valley. What is impossible in real life is possible here. If two points of a path don’t touch, simply rotating the world (when that is an option) and making them look like they touch is enough to let the princess traverse it. It doesn’t matter if the connection is impossible, if it looks connected, it is. This predictably leads to all sorts of mind melting puzzles.

The levels start out small and quick, but by the end, they increase in size and complexity significantly. As mentioned, the levels never get to an excessive length or size, but they do increase in scope compared to the early levels, lending to an increasing feeling of awe while admiring the game’s artwork and the ingenuity of its puzzles.

The difficulty curve is a treat as well. To be honest, I’m not much of the point-and-click puzzle adventure game kind of guy. I don’t often play games like Broken Sword, Adventures of Monkey Island, or even the legendary Myst. It’s not that I don’t respect those games, I acknowledge their greatness and can even play them for a while, I just always end up quitting.

I don’t even mind puzzles, it’s just that I normally prefer to consume my puzzling with a healthy dose of action. I’ll play the shit out of the water temple in Ocarina of Time, for an example. Despite their similar control mechanic, and the lack of action of any kind, Monument Valley‘s puzzles felt more in line with a Zelda game than those aforementioned games. Even for a relative puzzle gaming novice like myself, the puzzles would at worst, be solved right before reaching the point of frustration. They are difficult enough to provide a sense of satisfaction, but never difficult enough to cause frantic and random tapping of the screen. Likewise, the developer did a good job at introducing new concepts throughout the game.

Which brings us back to the length, and the entertainment value vs price. Monument Valley can be completed in about an hour and a half. If you are more skilled than I at puzzle games, probably less. But it is about more than simply pulling levers and tricking your brain. Mixed within that is a haunting soundtrack, a beautiful art style and a fantastic storyline.

As a writer, I am very interested in video games as a medium for storytelling. Until a few years ago, storytelling in almost all video games were rough imitations of other mediums, either books or film. But recently a trend has emerged among indie developers to tell stories in a new way, minimalist storytelling, and it is a far better way of conveying feeling in interactive media. It is as if game developers have finally heard the old writer’s adage “show, don’t tell” and figured out how to apply that to their craft.

There is some dialogue in <em>Monument Valley</em>, but not much. It does a fantastic job of “showing” the events and history of the dream-like world. When the game is finished, it leaves you with an indescribable sense of understanding of this beautiful fictional dreamscape, that when combined with the sense of accomplishment only video games can offer, leaves you with an afterglow that rivals all but the best movies and novels.

And when you consider that, $3.99 seems like an incredible bargain, mobile game or not.