Aside from bringing Flappy Bird back to mobile devices, developer Dong Nguyen has begun teasing his next game which apparently doesn’t have a name just yet, or at least one he isn’t willing to share just yet. However he did decide to share a screenshot of the Flappy Bird follow-up on Twitter.

This new untitled game is already near release and Nguyen hasn’t strayed too far from the visual style of his popular Flappy Bird game since it features plenty of retro-style visuals. In terms of gameplay, we are only speculating at this point but it looks like it will be a platformer of some sorts. The screenshot he released doesn’t show a whole lot. 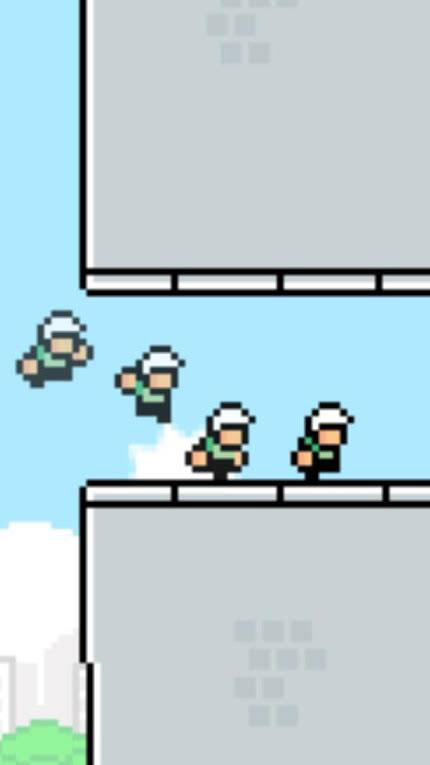 As for pricing information and an exact release date, we don’t know that either right now. Given the popularity of Flappy Bird though, this new untitled game will more than likely be a hit thanks to the amount of followers its predecessor has.