Tower defense games are a dime a dozen, so normally their release isn’t worth a news article. However, SteamPunk Tower has a unique take on the genre, and it isn’t just that it takes place in everyone’s favorite alternate geek reality.

SteamPunk Tower is actually about a tower. Players build and upgrade the defenses of their steam powered tower while enemies advance from both sides. It looks both simplistic and hectic, with more than a healthy dose of style thrown in the mix. 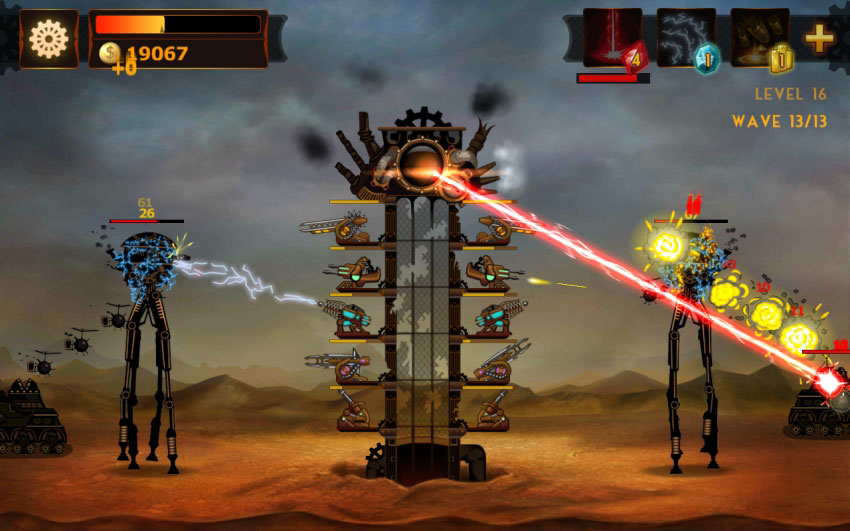 This game has received mixed but generally positive reviews when it launched on iOS earlier this year. Publications universally praised its unique take on the genre but some criticized its mechanics. We will let you know about our own feelings on the game with a review of SteamPunk Tower shortly.

SteamPunk Tower is available for download now for free on the Google Play marketplace.