Archangel Review: A good action RPG but not without its shortcomings

Archangel is a dungeon crawler from Unity Games and Black Tower Studios where you play as the eponymous archangel who’s been commissioned by Heaven to defeat the forces of evil on their turf. You’ll traverse a undefined nether realm that’s spread out over thirty levels, use gestures for combat, and upgrade your character with powers and loot that you find along the way or purchase. Outside of that premise, there isn’t much for a story along the way save for some of the levels having a brief introductory cut scene showing what it looks like, and a handful of subtitles. In short, you just go out and slay your enemies as the emphasis in Archangel is on the action. And just like this game features a conflict between good and bad, there’s also good and bad within the design of the game itself.

Archangel does several things very well. I enjoyed the graphics, which I thought were sharp and clear. I also enjoyed the fact that the arsenal of powers available to the player increased as the game went on, creating quite the database of powers to choose from. They range from calling down a meteor onto your enemies, to resurrecting foes that you had slain to fight on your side, to creating walls of fire, teleportation, and many, many more. Your powers never run out, you just need to wait for them to cool down after use. And in between levels, you can customize some of the powers you’ll use. This is accomplished in two ways. First, there are certain powers that are staples for your character. These are acquired as you progress through the game, and remain with you once you attain them, always a swipe away. There is also a slew of additional pumps and powers available to you, determined by how you choose to equip your character. 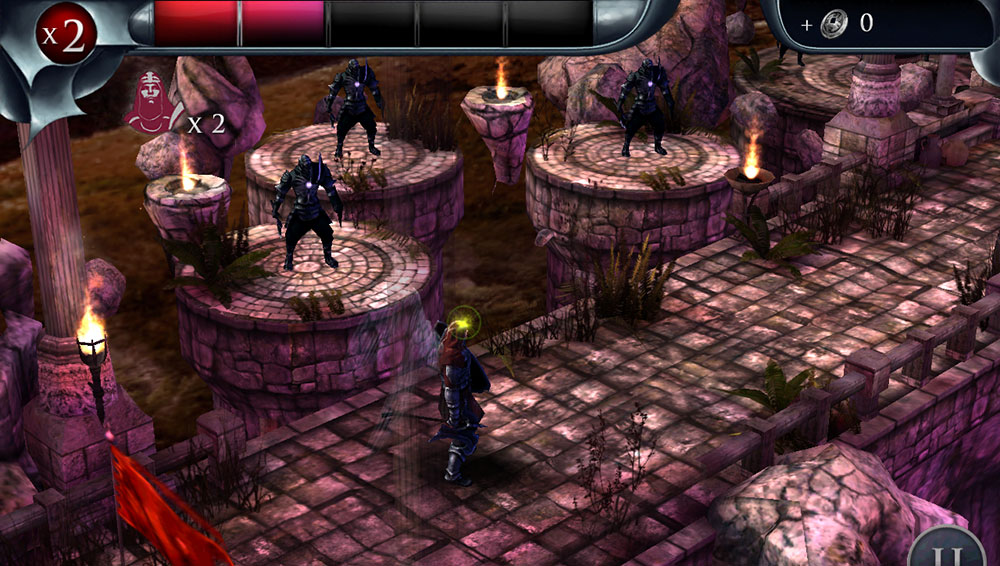 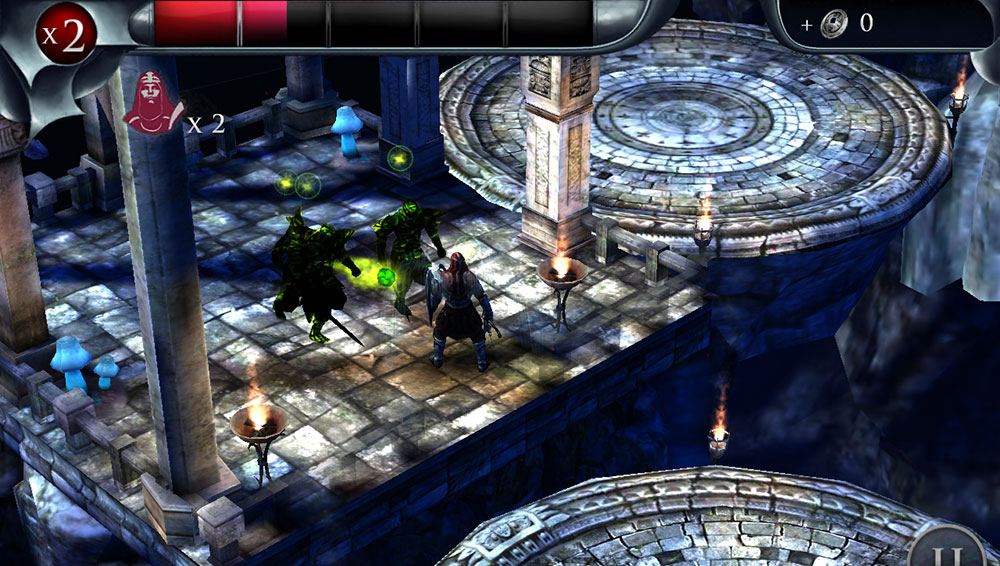 There are four categories of equipment (weapons, armor, shields, and charms), with each piece having stats that will aid you in your quest to bring down divine retribution on the hordes of evil. The variety of items within each category enables the player to customize the character’s powers as he or she sees fit. For example, players can equip a weapon that provides bonus stats like increasing the damage dealt or reducing the cool down time for certain powers, or gaining additional powers (so long as that weapon is equipped); this also applies to the other three types of items as well. Players can also acquire bonuses by using the right combination of equipment, to complete a set. Needless to say, I enjoyed having a plethora of ways to mete out Heaven’s wrath, tweaking which powers were at my disposal as I felt the need.

Having covered the enjoyable portions, here’s where things don’t measure up. First, while on the topic of your character’s powers, the gestures used to execute these powers worked fairly well, but definitely could be improved upon. More often than not, when I am trying to execute a gesture, it’s interpreted correctly by the game. I wish it was closer to prefect though. Second, despite being a paid game ringing in at a modest $1.99, there are in app purchases that can be spent on costumes or virtual currency (though a good amount of the currency is acquired simply by playing the game, and grinding through previously completed levels if need be). I dislike seeing paid games include this on principle, but I must admit that the developers seemed to do a solid job of not hounding me into purchasing any extra currency. Unless I went looking for it, I didn’t see it. Third, the look and feel for the various stages are much too similar.

Every level I encountered had the same style of pathways that look like the roads and bridges built by the Roman Empire. It’s not a bad look mind you, especially when they mix in floating boulders and the like, but outside of small deviations in the layout of these pathways of a given level, if you’ve seen one level you’ve seen them all. Just look at the screen shots to seen what I mean. Lastly, the soundtrack doesn’t do anything to stand out. It’s a nice bit of ambiance for dungeon crawling, but nothing memorable. Come to think of it, it’s much like the scenery. Nice for its purpose, but not much stands out, nor is there much variety in it.

In the end, I can only recommend this game to players that really appreciate the genre, and are also willing to overlook it’s shortcomings. I walk away feeling that its good parts outweigh its bad parts, but not by much.