The Trials franchise has finally made its way to Android devices in the form of Trials: Frontier. For those of you not familiar with this series of games, the Trials franchises puts players in control of dirt bikes which they have to drive across some of the most ridiculously difficult tracks one can think up in their mind. This means plenty of crashes and plenty of attempts to make a single jump.

Update: May 22nd, 2014 8:50am PST: Trials: Frontier by Ubisoft is now available globally on Google Play as well as Amazon’s AppStore (not visible yet but it should be soon) for free. The appropriate links have been added below.

While this may sound more like tedious work than actual entertainment, there is some sort of weird addiction that comes with the Trials franchise. It could be the ragdoll physics that you get to enjoy when you faceplant your driver repeatedly into the same pole over and over. It could be the drive of actually completing a course after working on it for over 45 minutes and feeling like a champ when you finally are successful. Whatever the case may be, the Trials franchise is extremely popular. 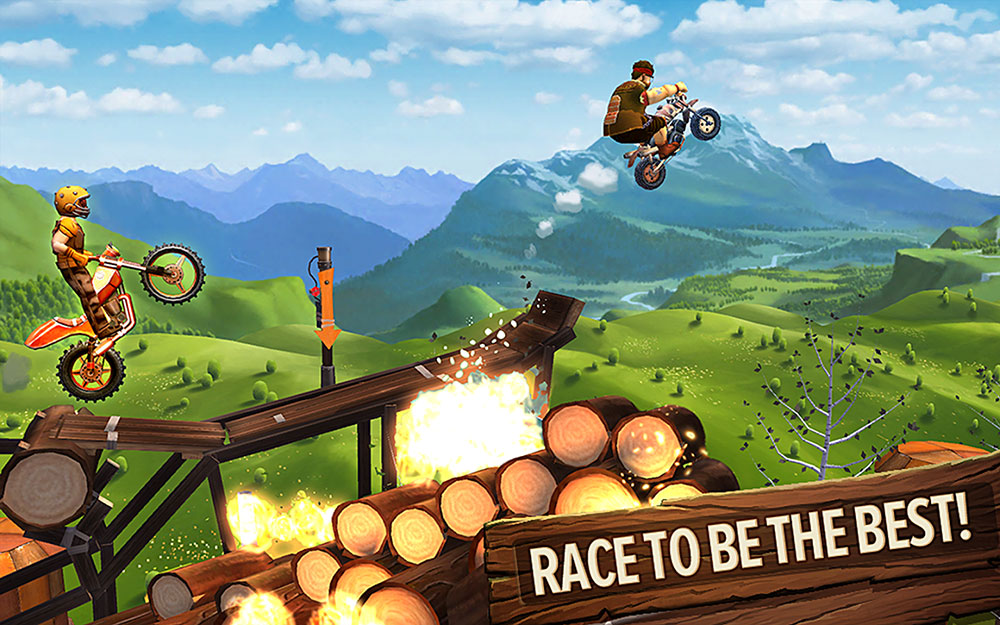 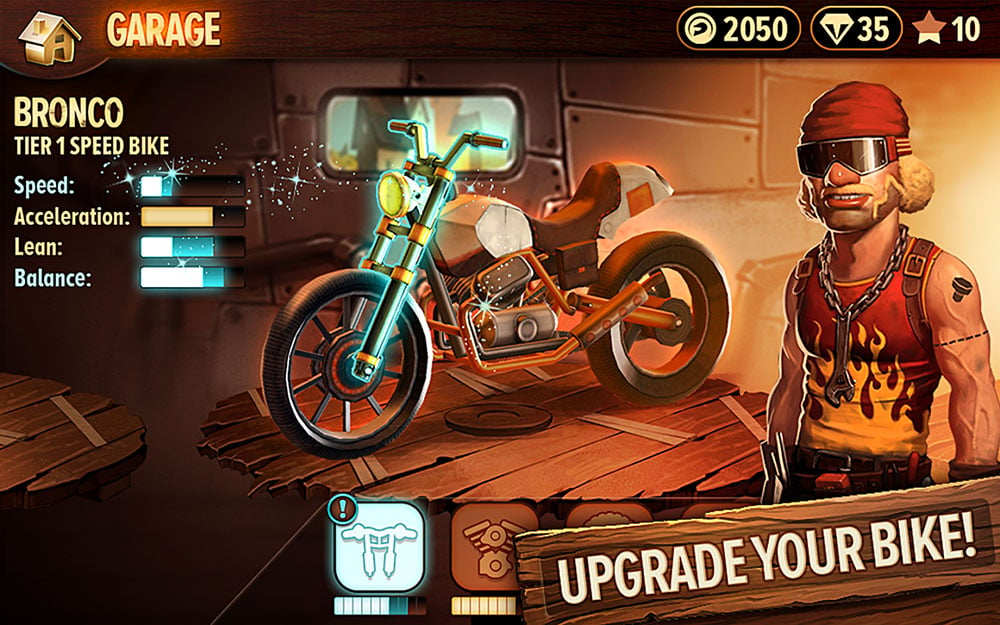 – Help your village grow and prosper (developer note: There are no crops to plant or sell, only CRUSH with your tires!)
– A HUGE WORLD with more than 50 hours of gameplay
– A HILARIOUS story line that makes LITTLE SENSE!
– 10 GORGEOUS ENVIRONMENTS to bust fat skills in!
– Complete and flip your way through more than 250 challenging missions!
– Compete on more than 70 UNIQUE TRACKS!
– COLLECT MAD LOOT and UPGRADE your bike!
– IMPROVE every building in your village to UNLOCK NEW ABILITIES!
– LEVEL UP your rider and REAP THE REWARDS!
– 9 bikes across 3 tiers, each with their own upgrade paths – UPGRADE ALL THE THINGS!
– PERFECTED GHOST RACING. Race any ghost on the leaderboards of any track!
– Invite and challenge your Facebook friends and make the competition personal!
– The A.N.B.A. system will find PERFECT matches for you to CRUSH WITH YOUR THUMBS!

Aside from the ridiculously large features list that comes with Trials: Frontier, there are a few notable ones to know about. The controls have been designed for mobile gaming so you won’t be able to blame the controls for failing on the same jump for 20 minutes. You also do not need to be connected to the internet to play the game if you don’t want to be. The developers also plan to continually release content updates and new features down the road. 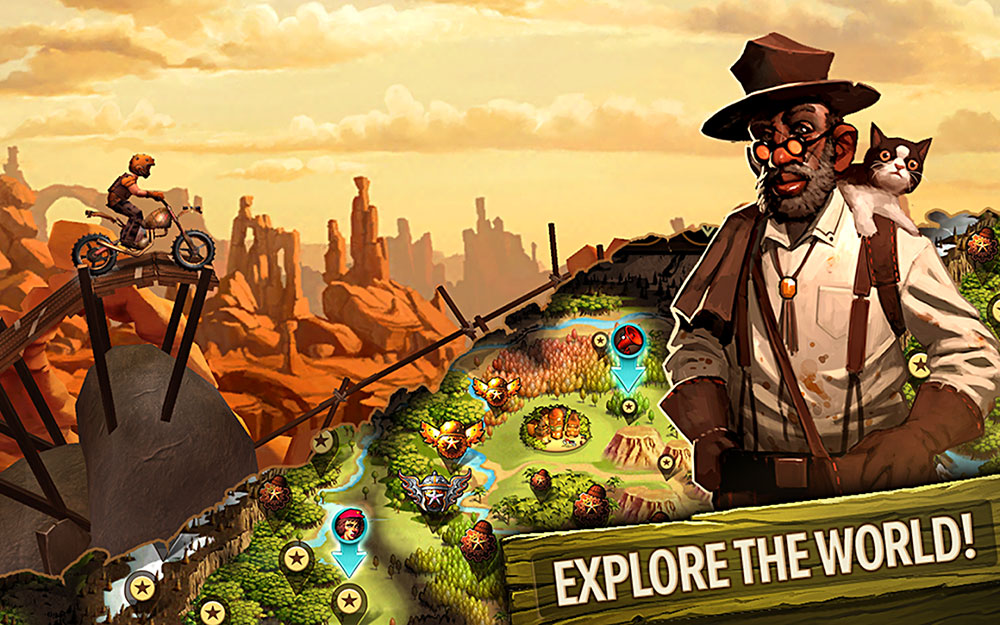 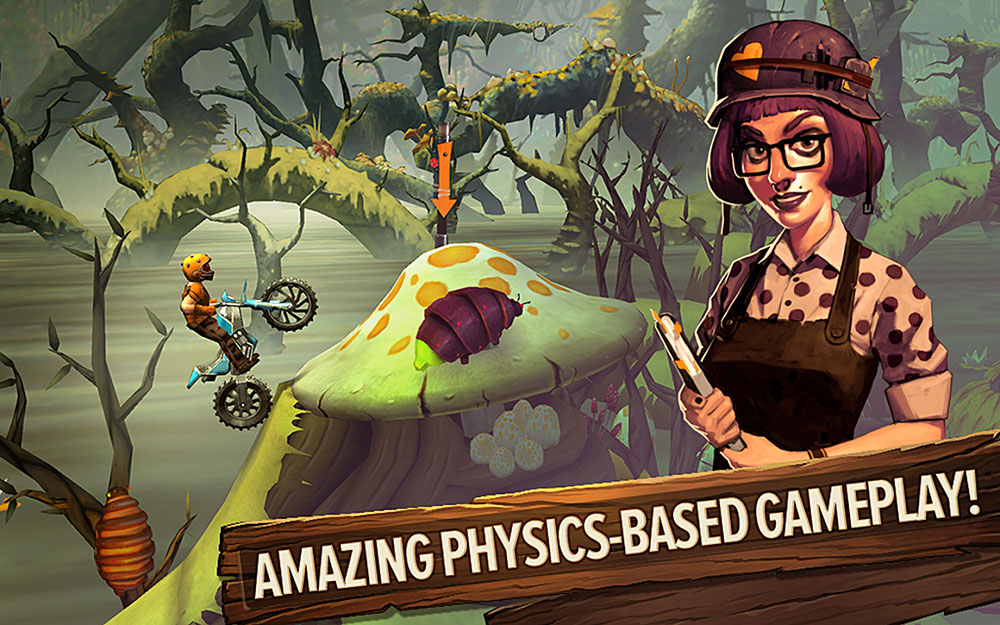 For those of you who are a fan of the Trials franchise, or happen to want to test your sanity with stunt dirt bike racing, Trials: Frontier is now available off of Google Play for free. The one catch is that this game is currently only available in Finland and India right now. No word on when the global release will be happening.