Trials: Frontier Review: For Those Of You Who Enjoy Blowing Stuff Up With A Dirt Bike

Trials Fusion is one my favorite games on the PS4; naturally I was delighted when a mobile version launched on android a few days ago. The game itself is the classic gravity/rag-doll physics game that many people will have played in different iterations. You use the on screen controls to accelerate or break, lean forward or backwards. That’s it. Nothing fancy going on here, and it works well. The buttons look aesthetically pleasing too, something a lot of games of the genre get wrong.

The graphics look great with something of a guitar hero vibe to the characters. The tracks themselves are gorgeous, with objects exploding, falling, and generally making life difficult in a visually pleasing way.

The gameplay is an evolution from the more arcade-esque Trials Fusion game. You upgrade your village, whilst completing missions on the 70 unique tracks, all the time collecting items, upgrading your bike, and frequently racing NPCs. The multiplayer aspect is limited to racing ghosts, available through Uplay, Facebook, or PlayGames integration. If you are a hardcore fan of the original then you may be disappointed, but if you take the gameplay with an open mind you will come out the other end smiling and likely on fire. Which brings us to the comedy of the game. 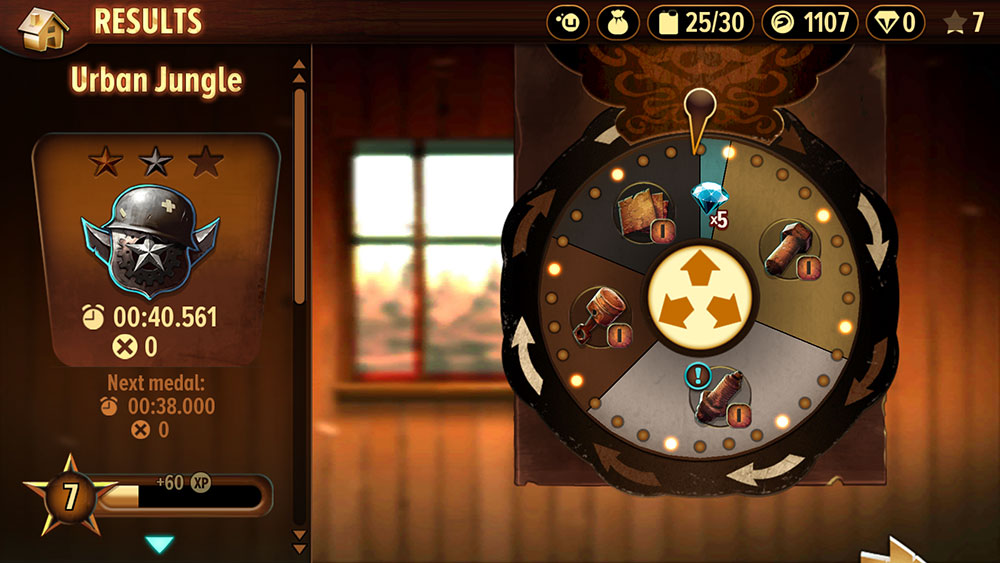 The storyline and dialogue is bizarre, nonsensical and genuinely hilarious. If you play a lot of mobile games you will be acquainted with the stultified, awkward dialogue that is normally pervasive. Trials Frontier is never going to be printed as a graphic novel, but it is certainly better written than the majority of offerings on the Playstore.

To compliment this there are numerous graphical touches that make the experience of playing Trials: Frontier interesting. Why, for example, are their inexplicably what appear to be Coke bottles littering the tracks? Why do you end each level falling into a pit of fire, getting shot at, being crushed by rocks/ a giant claw thingy, or reclining in a pit of land-mines? ‘Why not?’ The game replies, merrily taking a snapshot of your oddly intact corpse as it’s tossed about like a rag-doll. 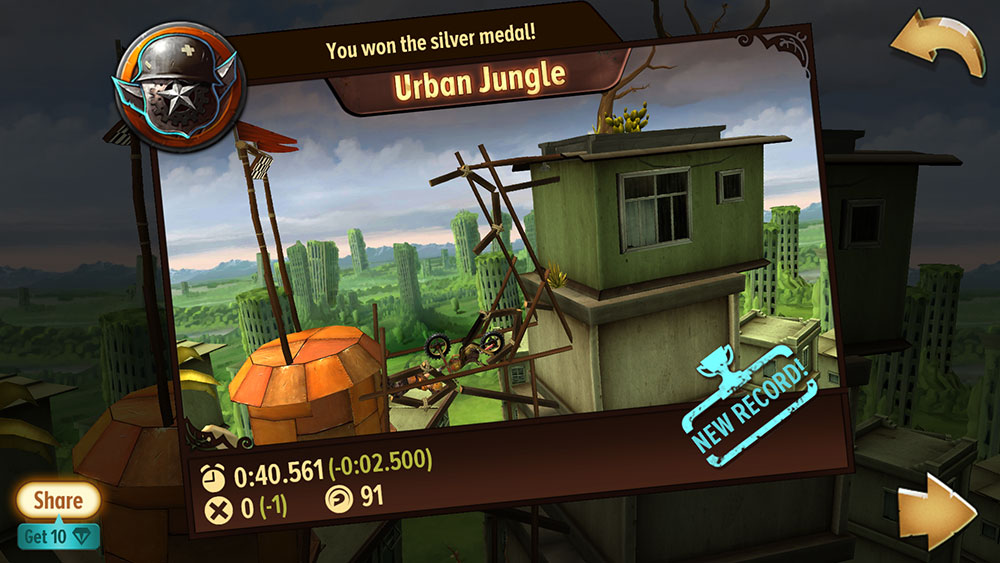 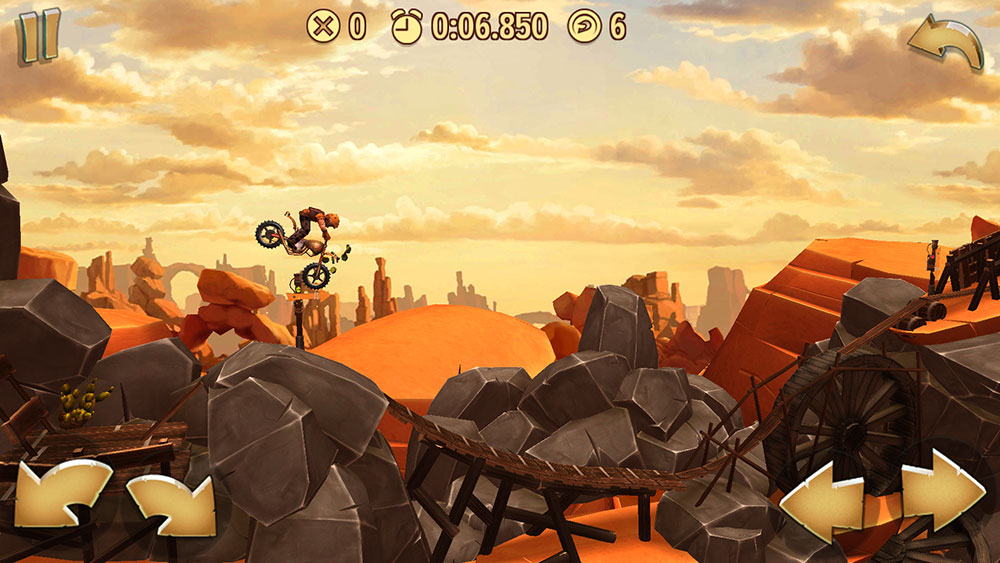 If there’s one thing that grinds my gears in mobile gaming it is the recent proclivity for studios to put real-time elements into their games. These irritate me for several reasons. First, they are often a transparent attempt to get people to cough up money for whatever in game currency recharges your fuel/mana/energy, whatever. The second is that when I play a game I don’t want to be reminded of real life. Seeing, ‘your fuel tank will be full in 3 and a half minutes’ brings me crashing back to reality.

Granted, the implementation of the fuel system in Trials: Frontier is arguably less intrusive than many systems, but that just begs the question, why bother having it in the first place? You will level up so quickly, until about level ten, that your fuel will constantly be replenished. And after that you can get so many gems from spinning the reward wheel after races that you will hardly have to bother with the fuel tank at all. The same with the upgrade system. Why does it have to take real time to upgrade your bike? I want to open a game, play it, and put it down again without having to factor in the timings of a fictional mechanic.

Stop it mobile developers, just stop it. Thanks.

Overall Trials: Frontier is a great adaption of a game I already love. If you like the original, like dirt bikes, or just have a hankering to do a back-flip into a cave full of TNT then this this game is well worth a look. Oh, and it’s FREE!