Remember the Samsung VR headset that we wrote about a week ago? Gizmodo is now reporting that the Korean tech giant has teamed up with Oculus VR in the production of their virtual reality, android powered headset.

As Ian wrote in our previous article, Samsung and Oculus VR would look to be direct competitors in the VR market, so why are they teaming up? The simple answer is displays, OLED displays to be precise. Oculus have had a hard time finding a screen technology to work with their headset, and if Samsung know anything it’s how to make eye meltingly gorgeous OLED panels.

On Samsung’s end they will have access to the best VR software and brains that money can buy and the fact that these two companies have teamed up suggests the angles they are each taking to the emerging VR market.

Oculus is almost wholly centred on brining you console quality games and dropping you inside their virtual worlds. Samsung, on the other hand, would seem to be more focused in extending their multimedia sweet, so that it can sit just a few centimetres in front of your face. 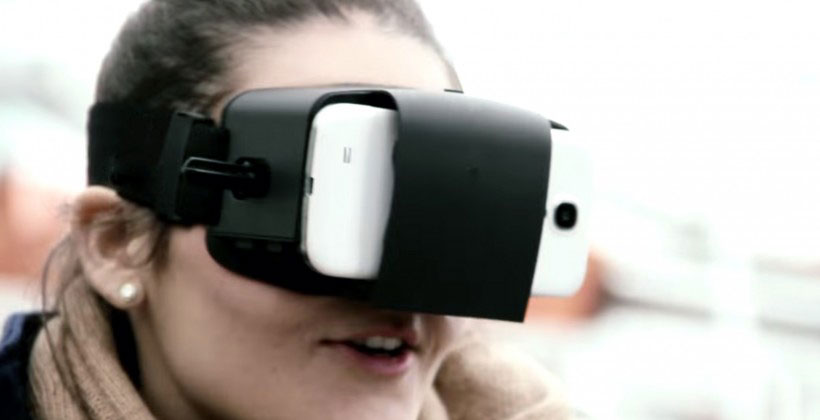 Gaming on Android is always growing (thankfully for us) and virtual reality will be another step forward. If developers can crack the VR formulae, creating games that don’t necessarily have to be of the highest graphical quality, yet exploit the experience of virtual reality, then this could be a hit for Samsung. The idea of using a phone as the brains and screen for a headset will keep the cost down, and cost will be a key factor in getting units into customers hands, especially in such a new market.

We look forward to seeing where Oculus and Samsung take this, and it will be interesting to see if, or when, Google and Apple will react to this emerging market. What do you guys think? Is VR all hype? The sort of thing that will arrive and vanish like the HTC Evo 3D, or will it become the next thing that everybody has to have? Fire off in the comment below.