GlowGrid by Zut Games finally makes its way to Android

Some of you might be familiar with Zut Games’ colorful and entertaining puzzler, GlowGrid. The game has been available to play through a flash version online since September 2013 where it generated a good number of hits. Fast forward to 2014 and the developers have finally released an Android version and have expanded the game a tad too.

For those of you who haven’t seen it yet, GlowGrid is a retro-styled, hypnotic puzzle game which is in many ways, Tetris with twist- a twist good enough to set it apart from Tetris anyway. In this game, players have to strategically place shapes comprised of smaller, multi-colored tiles in order to position same colored tiles together. If four or more blocks with the same color and icons are adjacent, the covered area is cleared. 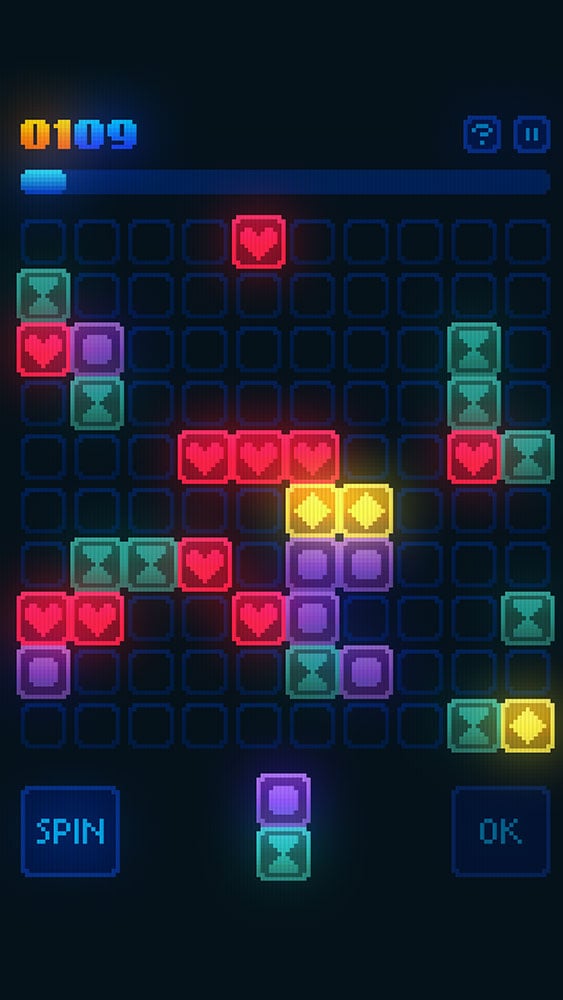 The objective of the game is to fill up the score bar in every level (much like Bejeweled) while not running out of space on the grid to lay the tiles on. The blocks which aren’t cleared are carried over to the next stage. Sounds simple enough, but the game provides a good challenge upon progressing to higher levels, especially with the presence of blocker tiles.

The first 10 levels are free to play but the full game is unlocked through an in-app purchase worth $1.99. For those of you who have not tried it yet, GlowGrid might just be the addicting, time-wasting game you’re looking for.