The Last Express is a point-and-click adventure, but it’s blended with time management. Regarding the former, there are items to accumulate and use throughout the game, movement throughout the train, people to talk to, and leads to pursue. You have optional icons on the screen that indicate where to tap to look about or move around, and others to indicate when you can manipulate something or chat. I would advise that they aren’t much beyond functional, they do take getting good used to. With the latter, the game maintains a clock that is constantly running, at (as best I could tell) around three times the normal pace of time.This adds a unique twist to the game, as you need to hit certain thresholds in the progression of the game before certain amounts of time expire. You don’t feel rushed necessarily, but you do need to use your time wisely so as to not paint yourself into a corner and find an untimely demise, well before the end of the game. And in the chance that you have done so, the game let’s you wind back the clock to any number of earlier points in the game. This allows you to fix what you overlooked or neglected at a prior point, but once you “change the past” you are then unable to revert back to your “present” and must continue your play from that point in the past. Provided you change nothing when you wind back the clock, you have the option to return to the present in short order. 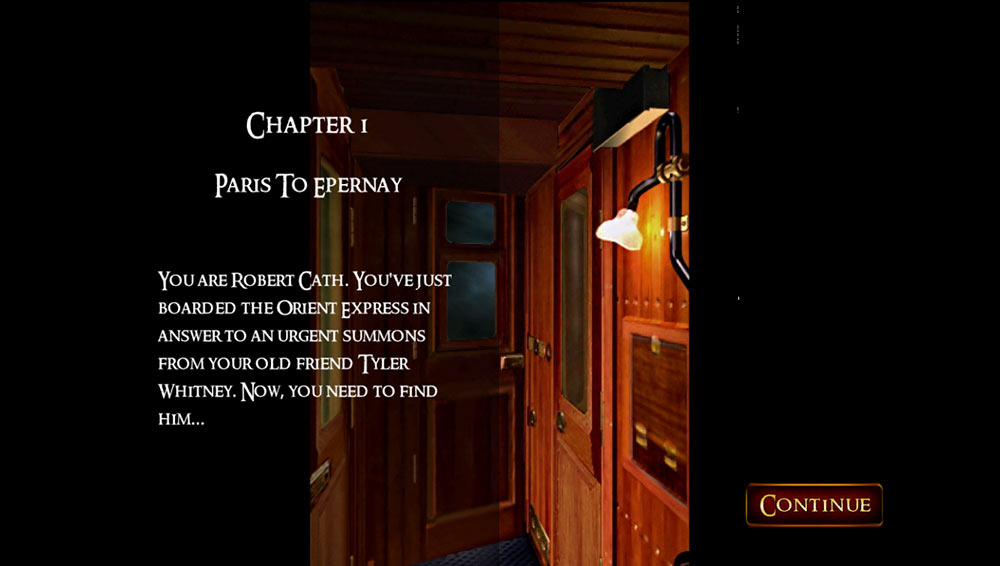 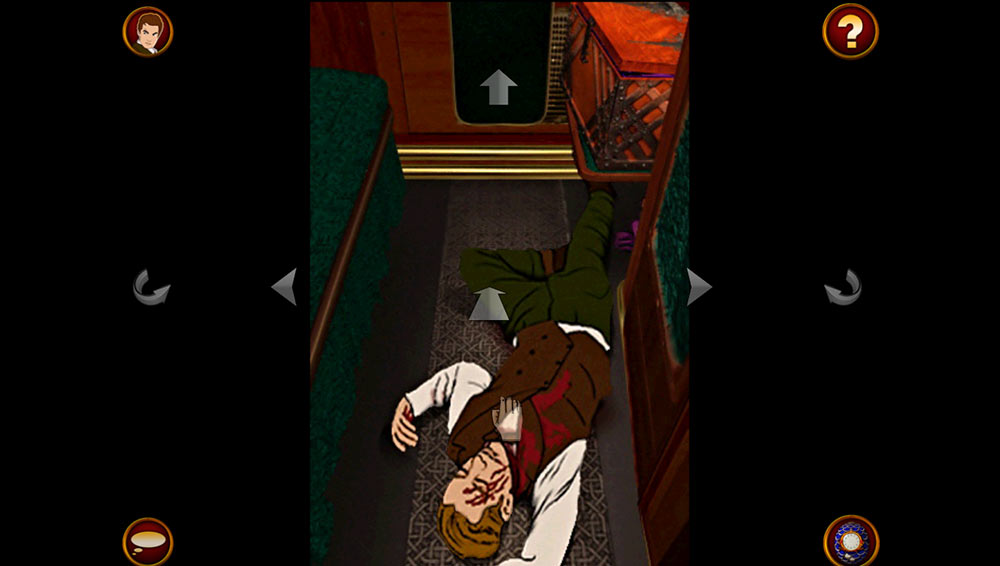 The game is handled this way for good reason, as it was designed to have multiple endings and allow players to discover things and solve problems in multiple ways. You don’t need to sniff out every clue and speak with every person every time, nor will you need to adhere to doing those things in a particular sequence, in order to finish the game. You can achieve the good or bad ending, and still miss out on parts of the story simply by not pursuing issues deep enough or overlooking opportunities, or by reordering how you do them. And the outcomes of these choices are subtly reflected in conversations that the player has with NPCs with the game. You can choose to initiate a conversation when the option is there, but any time you do, you the player then become a passive “watcher” to it and have no control over how it proceeds (as if your watching TV or a cut scene). So the more you delve into the game’s rabbit trails and the better you can sleuth, the more insightful or detailed those conversations can become. On the whole, it’s very much story driven with only a little action sprinkled in; it’ll feel like your having some say in how a movie progresses.

The graphics were another part of what makes this game so different. The developers chose to use a form of animation called rotoscoping (think the Charles Schwab commercials that show real people in that weirdly animated form). They also combined still shots of the rotoscoped characters shown in succession, with full on animation of the characters, and then laid them over static backgrounds and scenery. Cut scenes were handled similarly, just showing more of it and occasionally animating the background. While I got a kick out it, it’s not hard for me to see it bothering some players. There is also very little use of a sound track. I presume this is to better allow players to hear dialogue and sound effects, like eavesdropping on the conversations of characters, or the clicking of the train along the tracks. 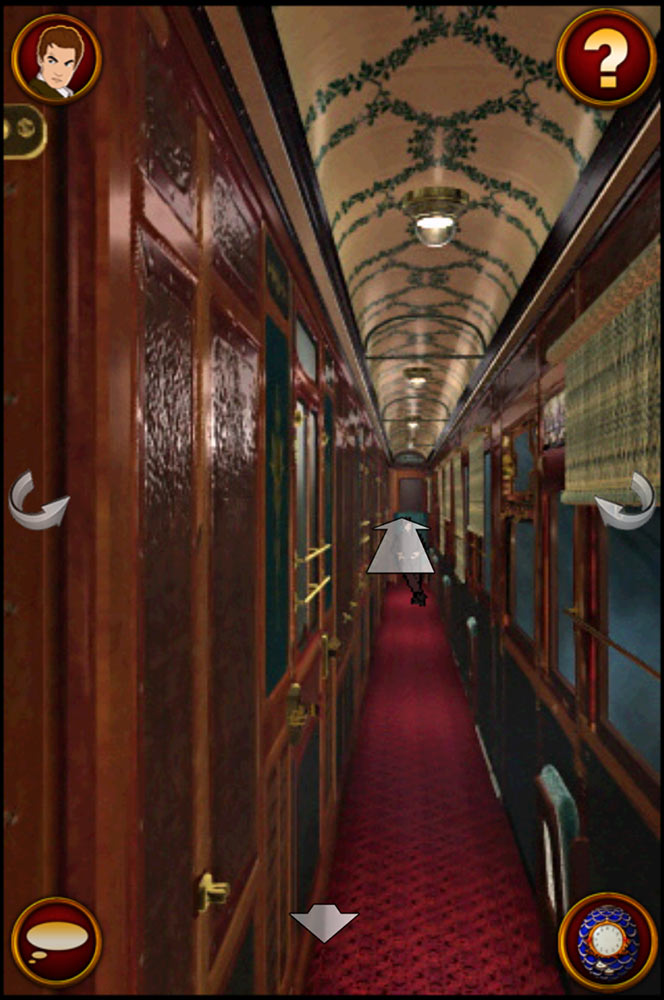 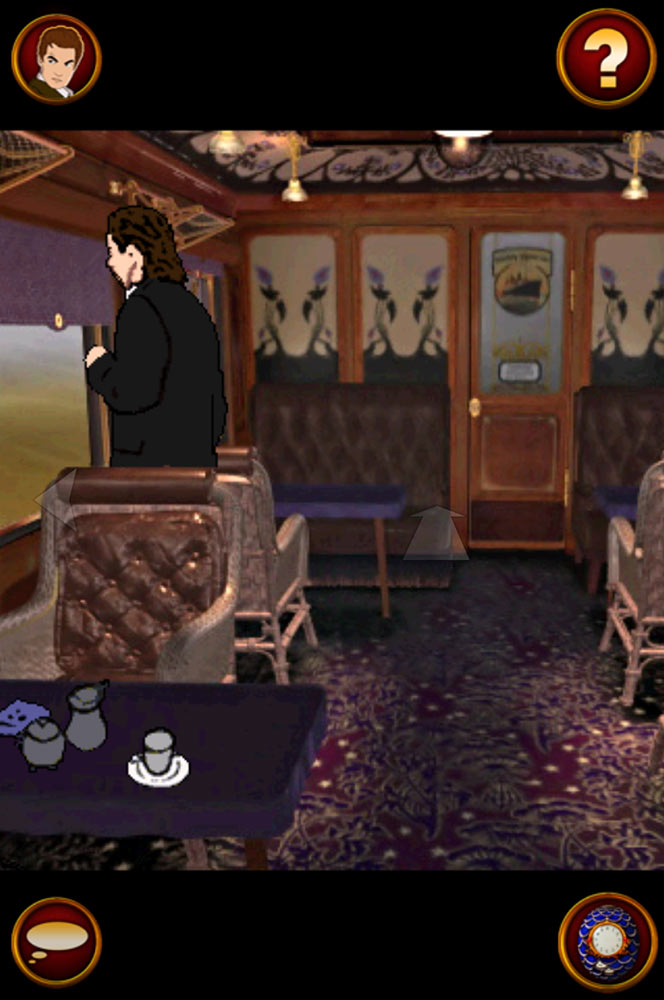 Subtitles are used at times for the foreign languages that some of the characters speak, and while that’s helpful they are difficult to read at times as they’re written in white and sometimes are superimposed over a light background like a tablecloth. I didn’t hear an actual background soundtrack until near the very end, and it had a distinctly ’90s-action feel to it, which stands to reason with it being a port from that decade. I also noticed that within the settings for the Last Express, players have the choice to play the game in either portrait or landscape. Oddly enough, you end up with black bars in both cases. Some of the visuals are in one format,  some in the other, with no rhyme or reason as to why that is. While I found portrait to have fewer problems, you’re going to have to pick your poison on this one. For whatever reason, you can’t just rotate your device on the fly either, as a workaround. Like I said, you lock the format into place in the settings.

The Last Express rings in at $4.99 and is a whopping 1.25 GB in size. Given the hours and hours I put into this, I can assure prospective players that it’s a sizeable game in it’s length that will take some time to get through, and for that reason I don’t feel the price is too high. So if you like a good (and decently long) murder mystery, or like to bear responsibility in the outcome of the game, I can easily recommend this to you despite its shortcomings.