Free Free Free Free Free To Play (abbreviated as FFFFFTP) is an upcoming game for Android. The story for this game is simple. An evil ogre named Ug has kidnapped Princess Pixel and is holding her for ransom. It’s the player’s job to (presumably) defeat the ogre in order to rescue her.

Update: July 10th, 2014 11:14am PST: FFFFF2P is now available for Android devices. You can pick up a copy for free through the link below.

The visual style seems to be a hat tip to the original Super Mario, with Ug riding a Likitu style cloud at the top of the screen, and he drops ads (instead of Likitu’s Spinies) on the player from from his safe perch above. The player in turn must dodge the ads as they fall, and then jump on the ads once they’ve reached the ground, turning them into coins or gems to be collected. Also according to the developer’s site, there’s candy the player can consume to move faster, a castle to can be upgraded, and a leader board for bragging rights. 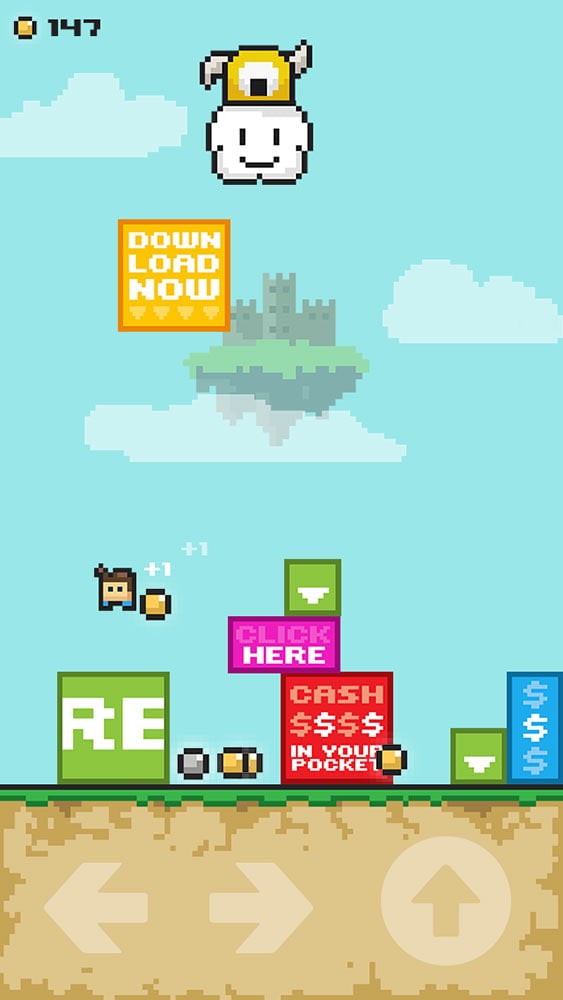 All of this is done in the 8 bit style, and includes a chip tune sound track as well. The teaser is actually quite humorous, and can be found on YouTube or on the dev’s site. The release date is slated for 7/10, so it’s approaching quickly.