Dengen Chronicles TCG is a trading card game created by Mangatar that was originally released on Windows Phone, and is now available on Android. In this game, players use virtual cards against those of another player in a form of combat. The game is exclusively PvP, with no solo missions or story mode that I encountered.

The game play is unique in that it’s not just your run of the mill card game, since where you place your cards on the board matters as well. The quick and dirty on the battles is this. The board contains six hexagons, each marked with a different element. Your characters have an attack stat, a defense stat, and associated elements. You place one on the board, with your choices restricted to open spaces that contain a corollary element for that character. Your opponent does the same, and combat is initiated and resolved. 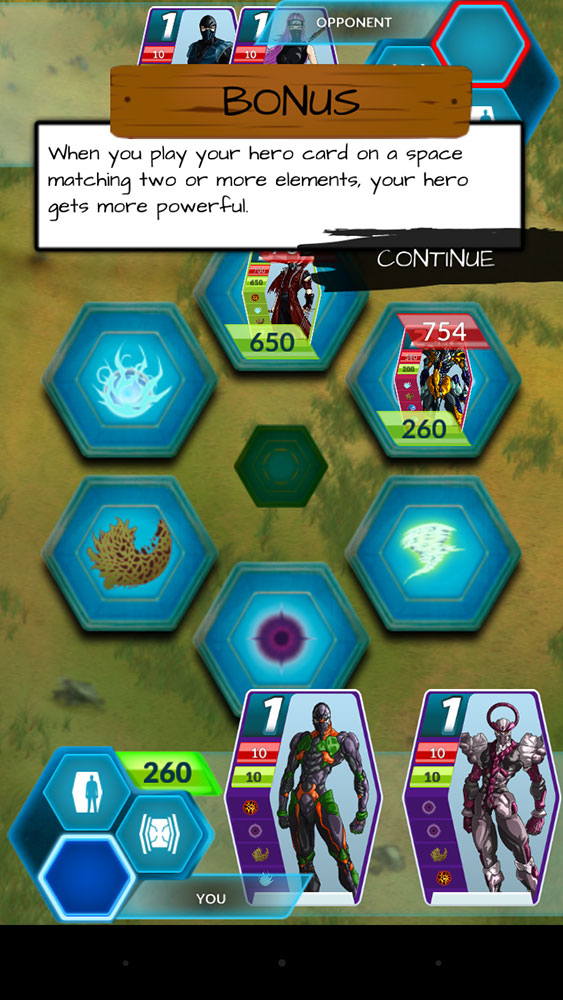 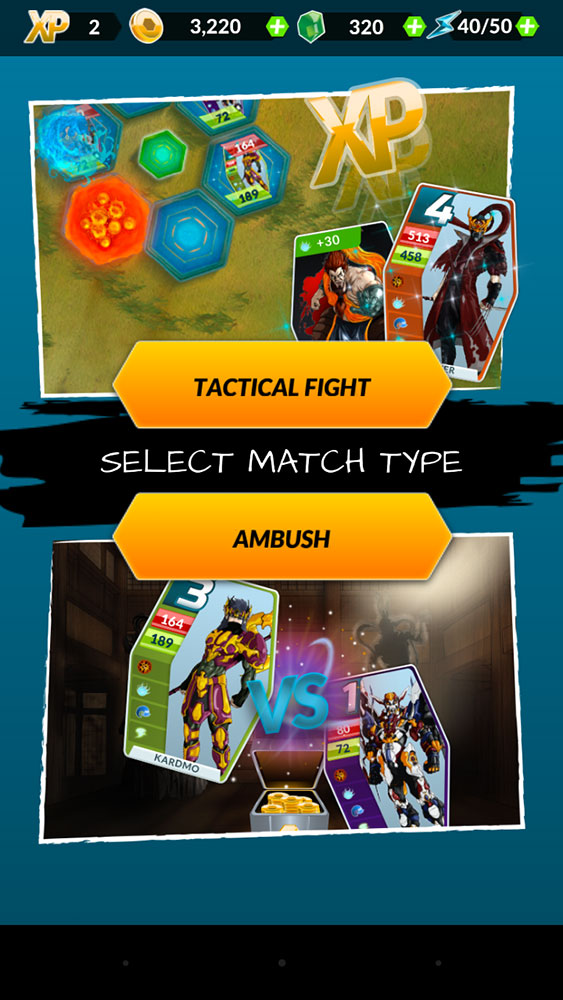 If you win the round, your character will survive and remains on the board, otherwise it’s removed. A game is played over five rounds, with the goal being to wipe out your opponent’s HP. There’s also an “ambush” mode, where board placement is irrelevant and its boiled down to whoever has stronger characters, played over a best of five rounds format.

As mentioned before, the game is available now for free, but it does contain IAPs for things like booster packs, or upgrades for your characters. Be advised that it wasn’t compatible with my N7. I did reach out to the developers and was assured that an update has been pushed out to Google Play and should arrive in 24-48 hours.