Out Now in the Play Store: Thomas Was Alone – A Captivating Journey in 2D

If you have been waiting for a while to get that next game that has a great story, unique graphics, engaging music and it happens to be a puzzle/platformer… wait no longer. Thomas Was Alone recently arrived in the Play Store. If you are familiar with the game you can bypass the back story and hit the download button below. I won’t be upset if you do… really. If not, I promise I will make it relatively brief and then you can hit the download button.

Thomas Was Alone is the grand creation of Mike Bithell. The game won a BAFTA Award (British Academy of Film and Television Arts) for the endearing voice over performance by Danny Wallace. The music score which was created by David Housden helps to immerse you in Thomas’s world. It was originally released in 2012 to much praise when it was launched for PC and Mac. Since then the game has been available on PlayStation 3 and PS Vita. Now with the help of Bossa Studios the Android community can see what everyone else has been raving about. 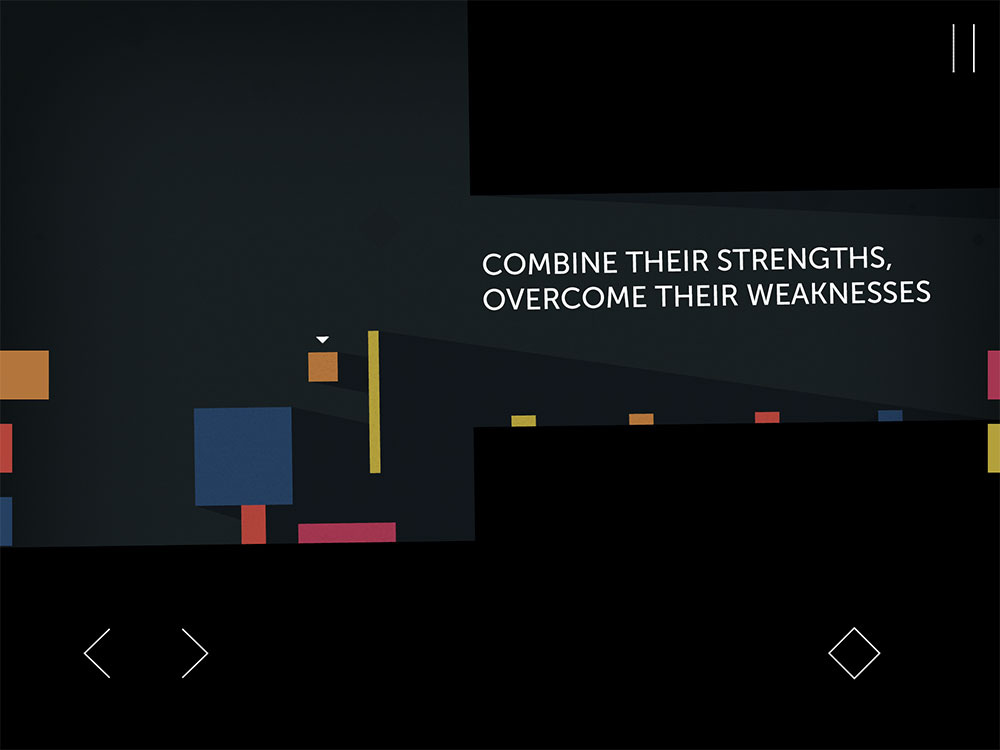 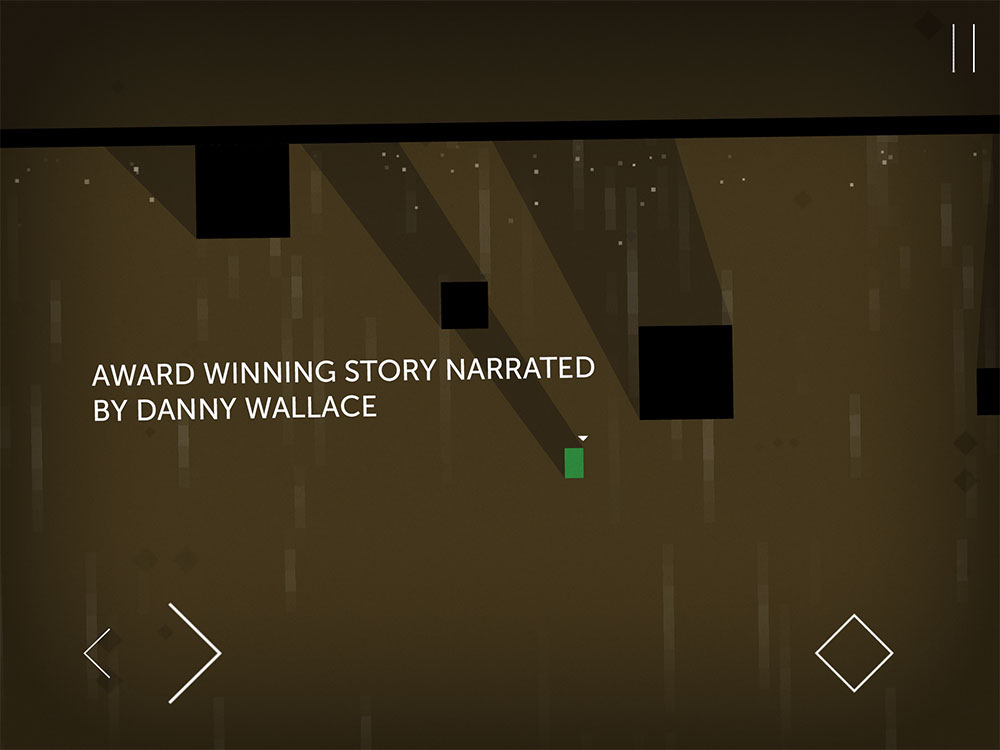 – Meet Thomas, a curios rectangle, and help him unravel the mysteries of his existence in a wonderful strange world. Experience 100 levels of award-winning platform gameplay and take part in an emotional story narrated by Danny Wallace.
– Includes FREE ‘Benjamin’s Flight’ level pack, giving you more story and 20 additional levels to play through with young Benjamin, who goes in search of the Fountain of Wisdom aided by his father’s incredible invention.
– A minimalist game about friendship and jumping

Thomas Was Alone is a study in simplicity. A 2D platform-puzzle game that quickly engages and engrosses the player with its charming storyline and art style. 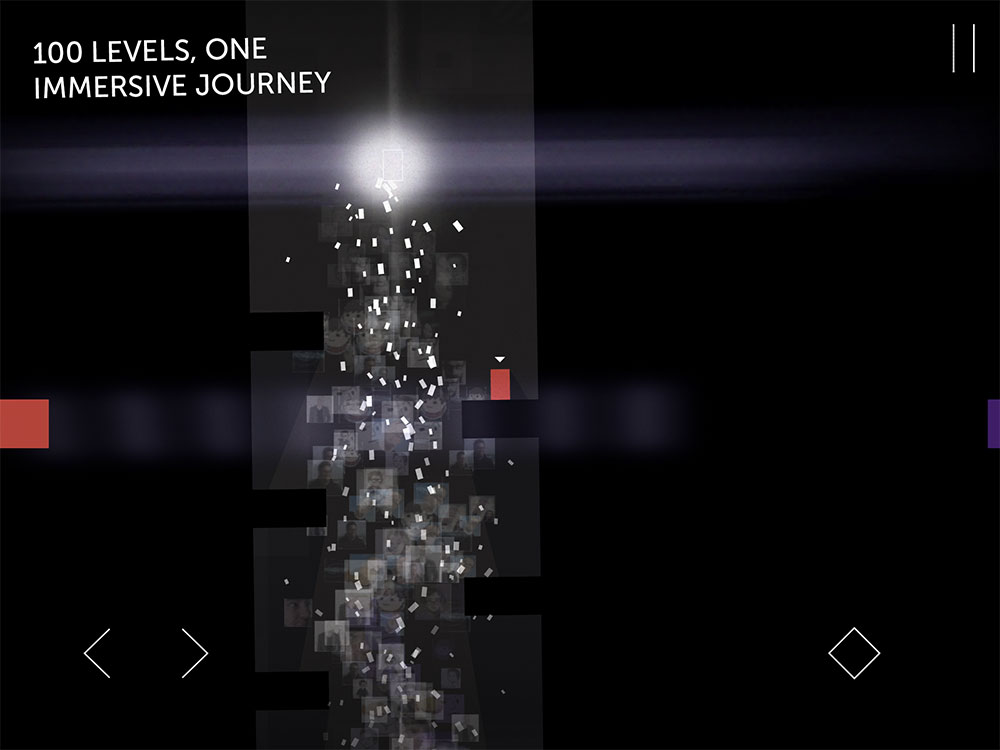 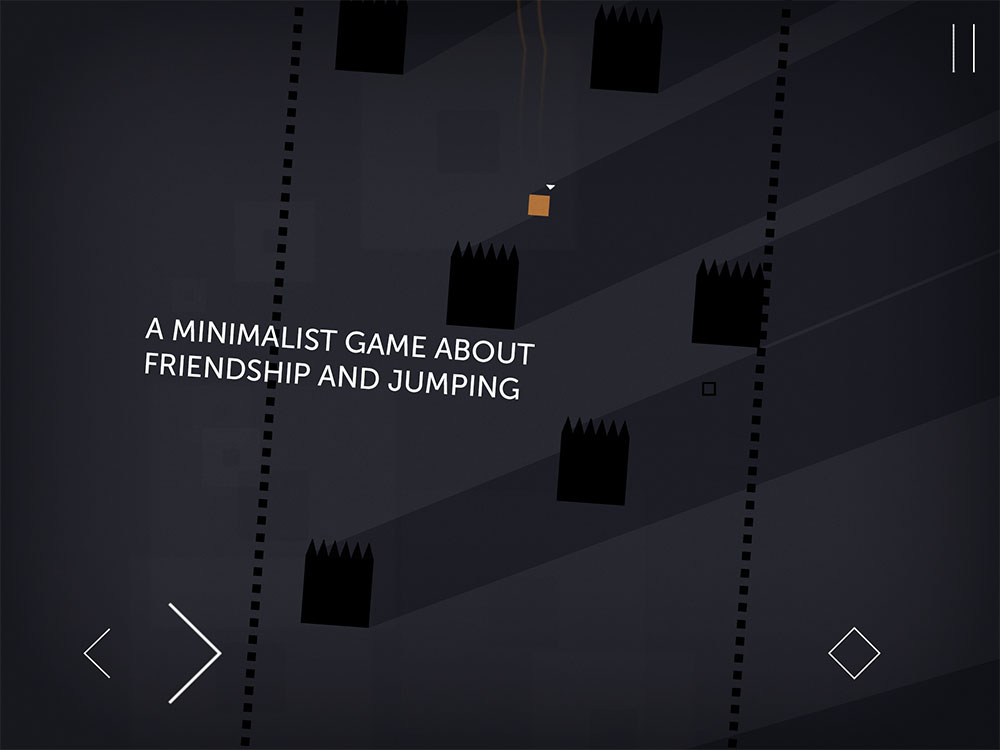 Sometimes it helps to wait for the great games to come out. As part of the release for Android, the game will include ‘Benjamin’s Flight,’ 20 additional levels which were originally released as downloadable content. In addition to that, the game is currently is 33% off for the launch sale. It is our understanding that the sale price will only be available this weekend. The current sale price is $3.99 with no in app purchases. What a deal! You get the original game and downloadable content for one price.  Okay, now you can hit the download button.