Cyanide Studio has been working on bringing the bloody football game Blood Bowl to mobile and it appears the wait for its release is almost over. Inspired by Games Workshop’s Warhammer franchise, Blood Bowl features plenty of fantasy-based races to build your team with before heading out onto the field to essentially harm everything in your way to score points.

Update July 30th, 2014 9:04am PST: Focus Home Interactive has announced that Blood Bowl will be coming to Android tablets tomorrow. We will post an additional update once it is live on Google Play and Amazon’s Appstore. Get ready!

Players will have six races to choose to make their team with from the Warhammer universe: Humans, Orcs, Dwarfs, Skaven, Wood Elves and Chaos. Of course each race has their own strengths and weaknesses to take advantage of which will either hinder or help you in your current match. 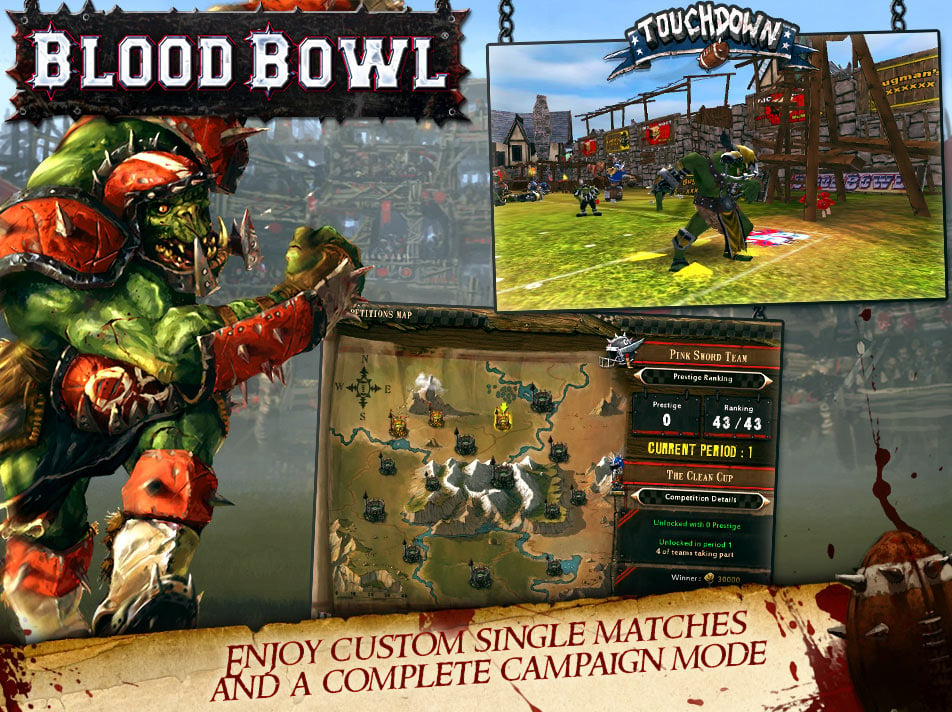 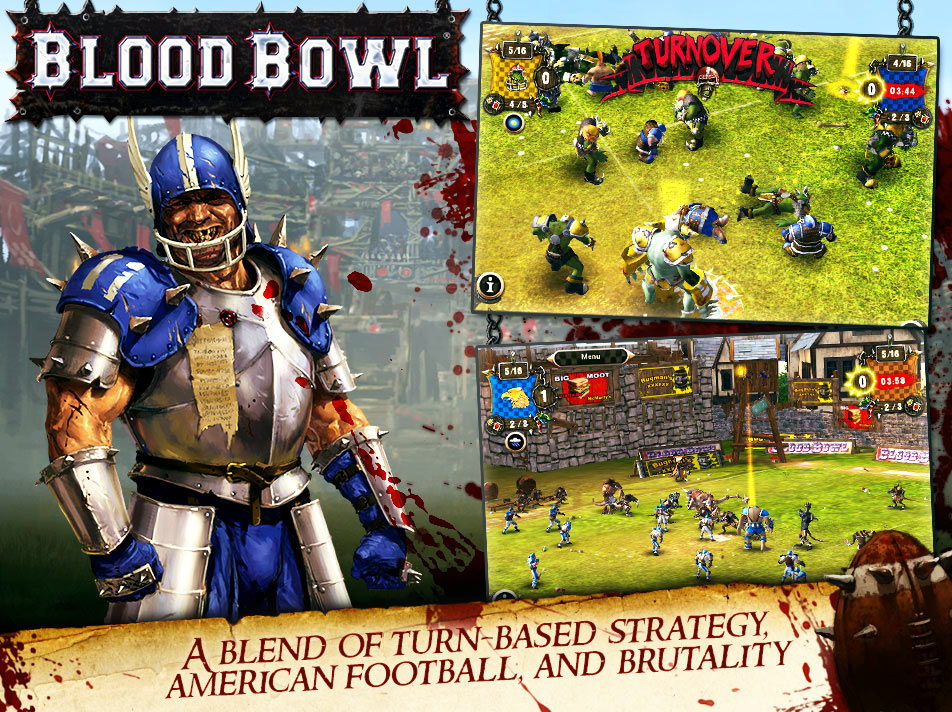 Blood Bowl will come with a Solo Player Mode you can just jump into an enjoy matches or if you’re up for a more complete experience, there will also be the rather large Campaign mode to work your way through to become the champion. There will also be a hotseat multiplayer game mode as well so you can compete against other mobile Blood Bowl fanatics. There is also one more game mode and that is the online world in a massive permanent league where you can create and develop your teams. This last game mode features cross-platform gameplay between iOS, Android and PC players.

Right now Blood Bowl has a release date for Android tablets sometime this month, but no specific date just yet or pricing.