Noodlecake is a developer studio that specializes in games of many types. Among others types, they publish pixelated, retro-style platformers like Random Heroes and League of Evil. Today, they have released another game in that genre called Devious Dungeon, for $1.99.

This platforming game has a medieval theme to it, with the back story being that of the catacombs beneath the Kingdom is now full of evil monsters, and players will need to do their best impression of Orkin-in-the-middle-ages and root them out. Levels are randomly generated, along with loot for the looting, and weapon and character upgrades for the upgrading. They also have integrated RPG elements to the upgrading system as well. In emailing Noodlecake yesterday before the game’s release, I was told about the RPG elements as “a leveling and equipment/loot system.  So you can upgrade your character stats, armor and weapon types as well equip different rings that have different perks to your character.  Pretty simple level rpg stuff but some stat building non the less”. 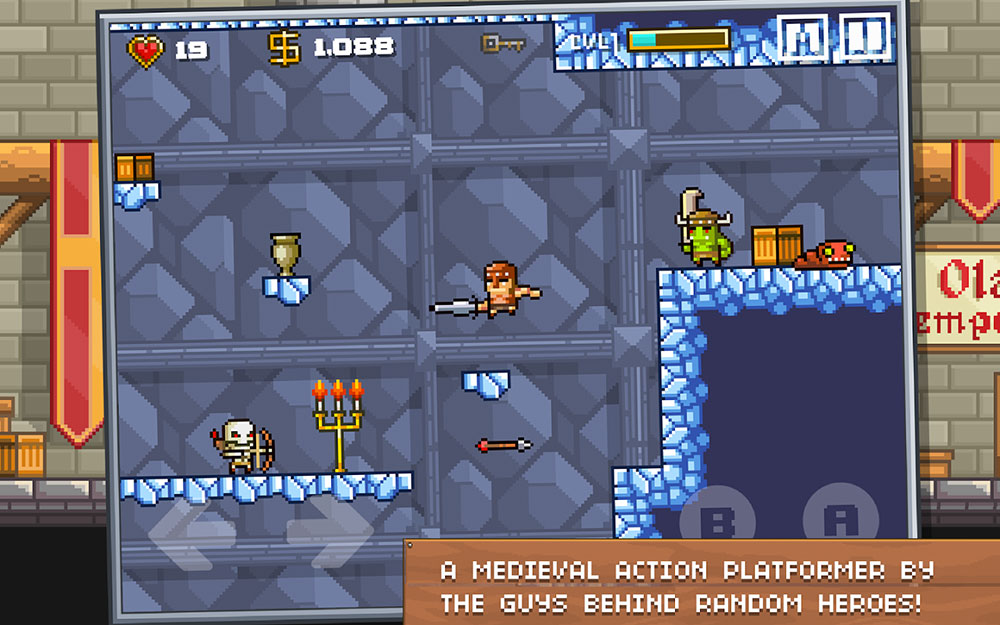 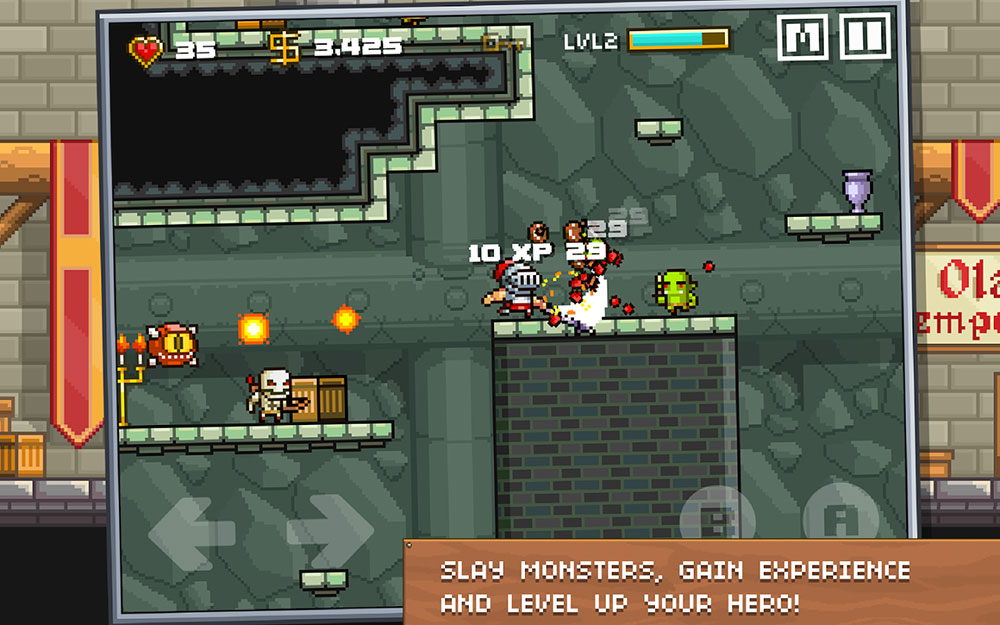 Devious Dungeon also has achievements integrated with Google Play Games, boss battles, and a mission system. For the achievements, we’re told “They range from simple ones like getting your first upgrades to more difficult ones like Battle Tested where you have to play over 5000 levels. Not for the feint of heart.”

This game is now available on Google Play and even though it costs $1.99 to download, there are also IAPs involved. So be aware of that if you are planning to snag a copy to play.