Crazy Taxi the game has been around for some time. It made its debut in 1999 as an arcade game. It began appearing on consoles, starting first, on the Sega Dreamcast in 2000. After that, due to its popularity, it was ported to PlayStation 2 and the Nintendo Gamecube. The ports didn’t stop there; they kept going. Eventually the game would appear on PC and Xbox. Most recently, the game made its way to mobile devices, both IOS and Android. Sega has retooled the game completely, bringing Crazy Taxi: City Rush to a whole new generation of gamers. Those nostalgic gamers who fell in love with the original game might find the new direction a little constricting. You won’t have to wait long to try it out because it will be arriving in the Play Store very soon.

The claim to fame for the original Crazy Taxi was a fun open world driving game. The goal was to get your patrons to different places on the in-game map as quickly as possible. You could drive any way that you wanted and pretty much anywhere you wanted. The jumps and hang time were insane. The game was wacky, colorful and over the top, which made for a fun overall experience. All you had to do was get your patron to their destination on time and collect the fare. 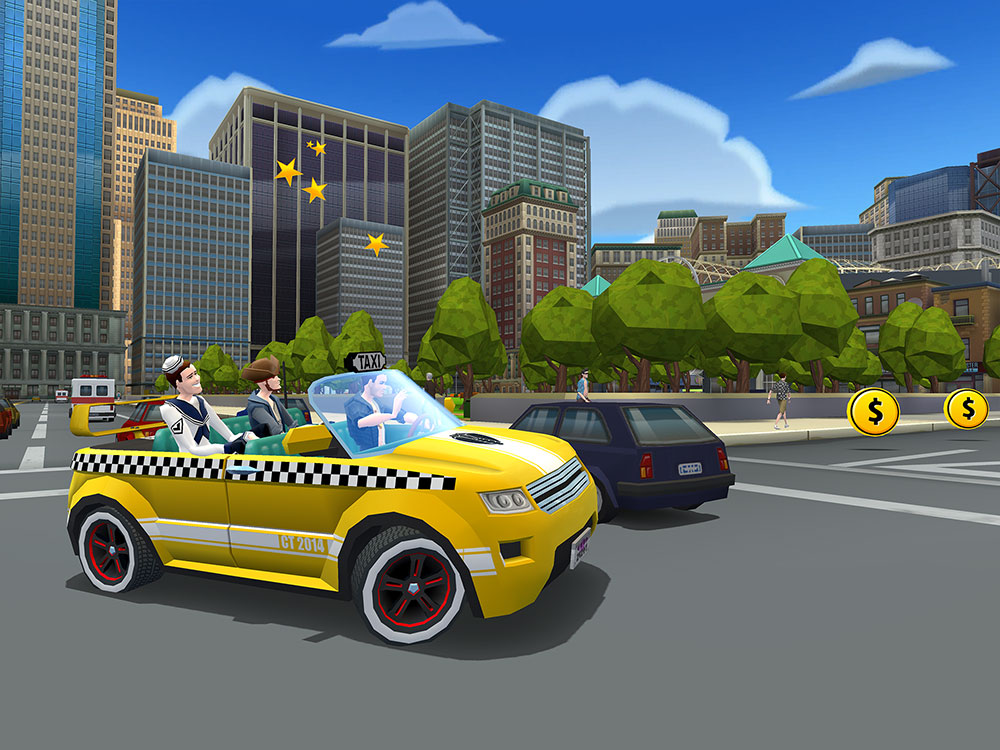 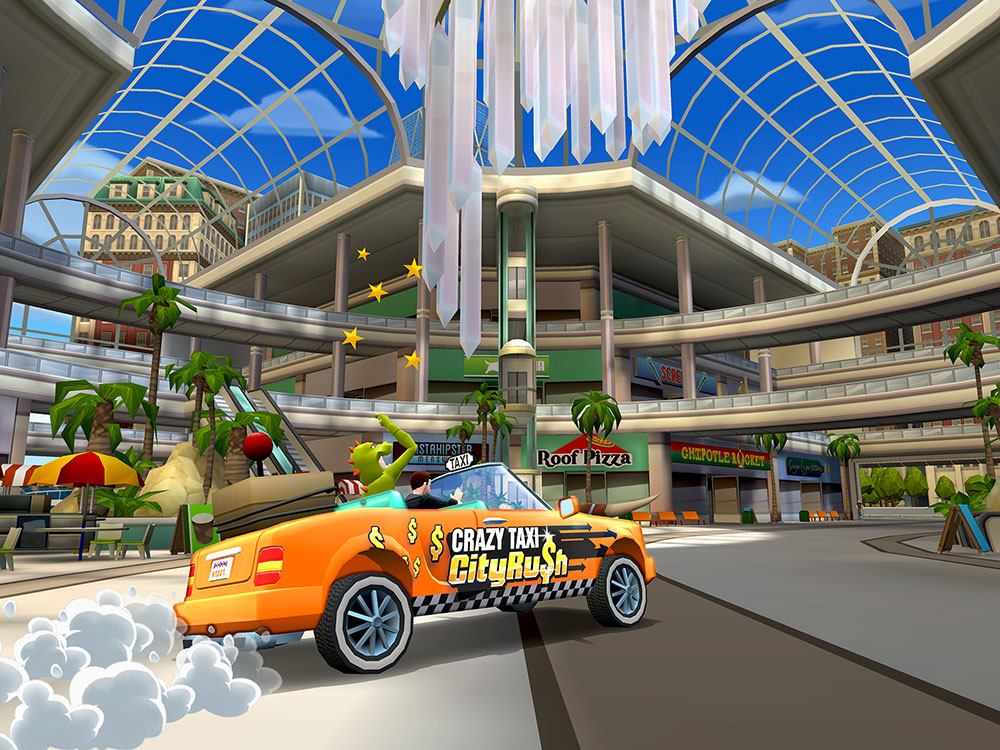 In an interesting game design choice, Crazy Taxi: City Rush will work more like an endless runner.  You can play the game with one hand. You swipe the screen to change lanes. The car acceleration is done for you. The map is still there for you to find people to pick up and there are jumps throughout the game, as well as mini-games or side missions to complete. You will have access to different vehicles and you will be able to customize them. Obtaining different vehicles and customizing them will be done by using in-game coins that are picked up while you are driving through the city and/or collecting money from your fares. Here is the next big change with the game. It will be free to play. 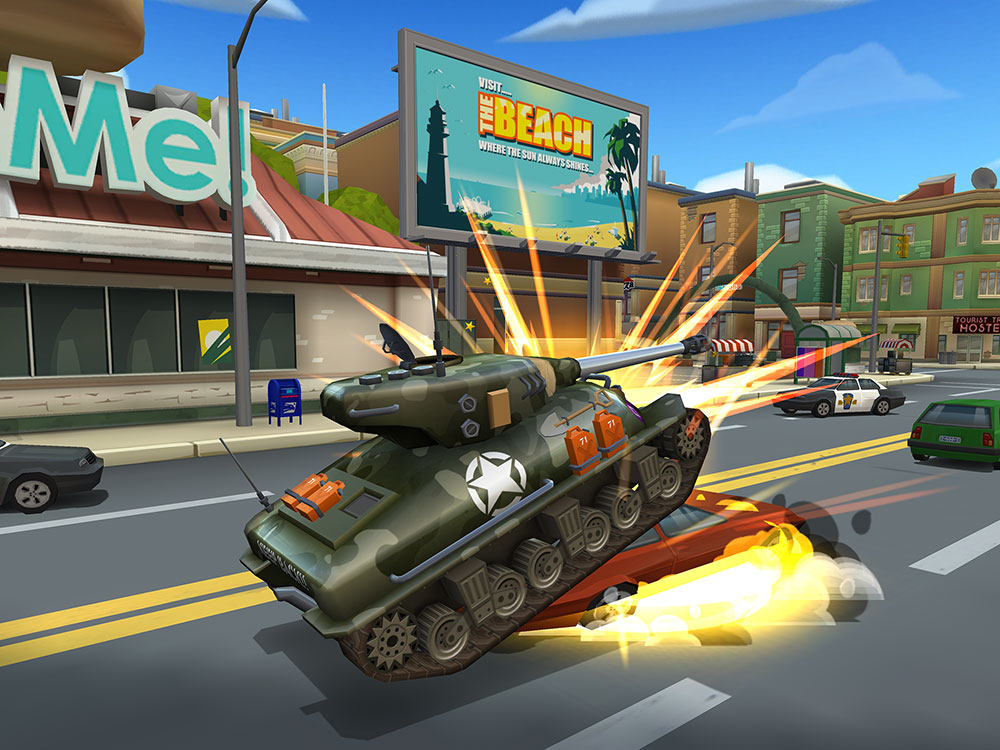 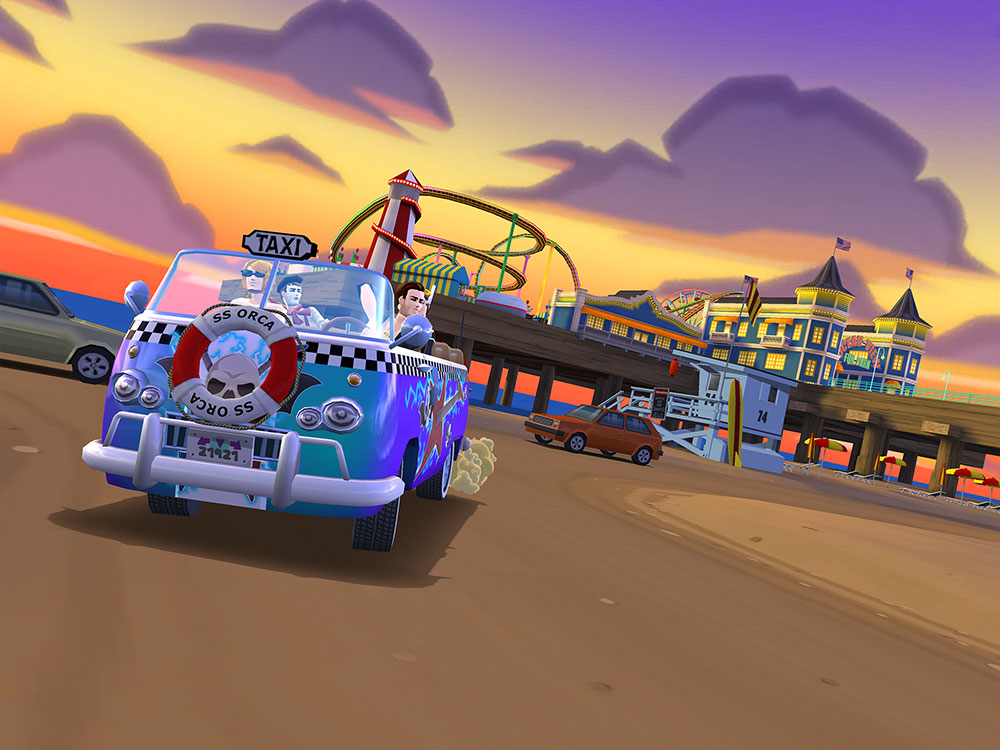 Like most free-to-play games, there is the ever persistent bar that ticks down as you play the game. Once the timer is complete and the bar is empty, you have to wait before you can play the game again, or you can choose to spend in-game currency or real money to gain more playing time.

The initial videos that have been released from Sega show that they have definitely captured the spirit of the original Crazy Taxi game. The characters are over the top, the vehicles are varied and the game environments look like a lot of fun to experience. By making the game more of an endless runner, in some ways you make the game more accessible to some players. Fans of the original title will have to try the game out to see if they like having that open world driving experience removed.

Crazy Taxi: City Rush should be arriving soon in the Play Store. Once it is released, we will update this article. Check out the video and the features below to see if you want to download the new and improved Crazy Taxi game.