Some of us here at DroidGamers have a keen eye for the retro, and have been pleased with the reboots and subsequent popularity of ’80s franchises and subsequent android games like G.I. Joe, He-Man, and Transformers. One can suppose that it was only a matter of time before the mean green fighting machines smashed through the manhole and leapt out of the sewers and straight onto your Android device. 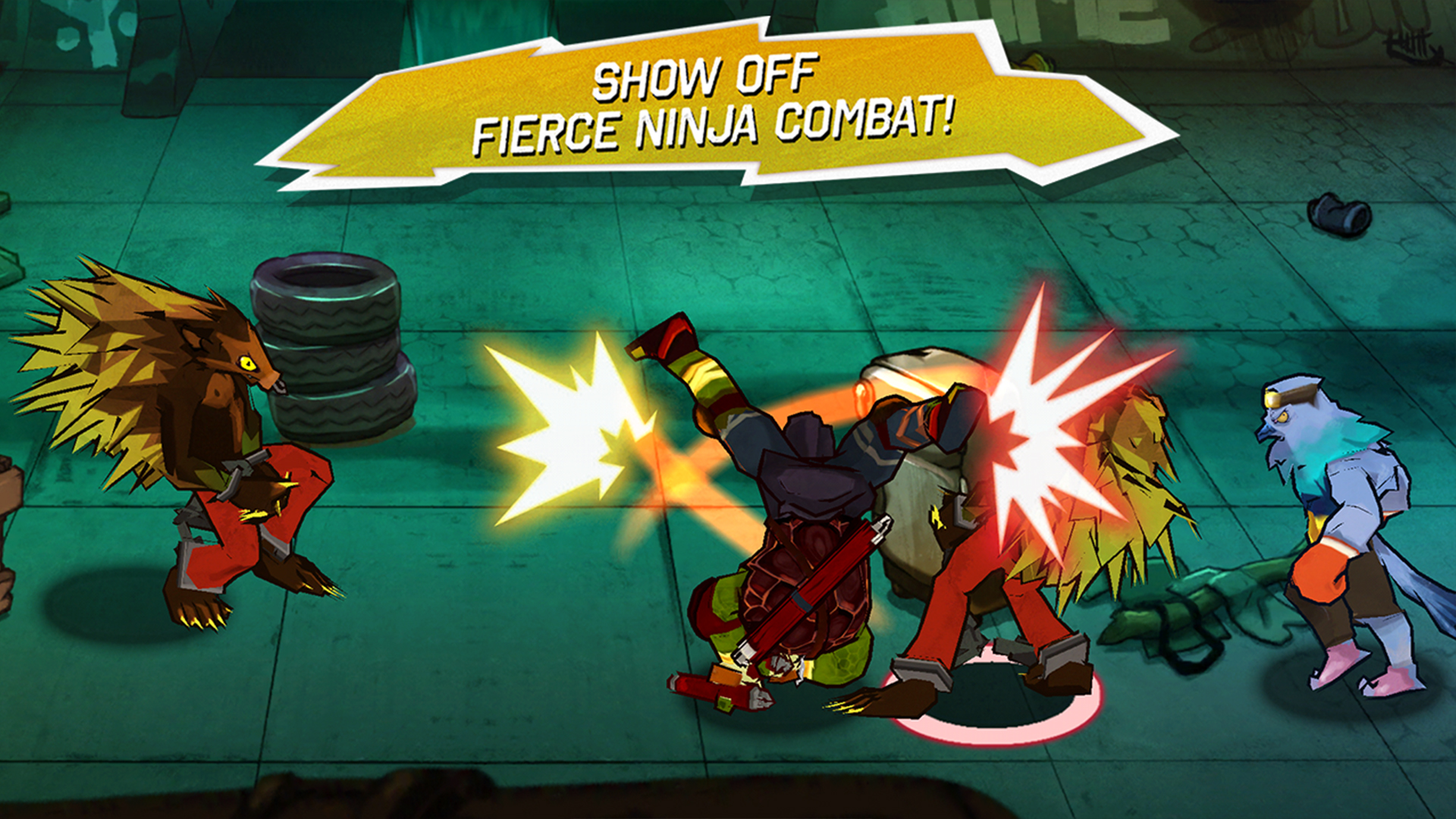 In the vein of the old school, side-scrolling, beat-em-ups of yore, in this new TMNT entry, players will find themselves in the predicament of having to deal with hordes of enemies to defeat in order to progress through the game. To be fair, this title is a 2.5D side scrolling turtle-em-up, yet it stays true to the highly venerated and pixel powered 2D TMNT games of the past such as Teenage Mutant Ninja Turtles (arcade game) and Turtles in Time. As a side note, the competent developers of Combo Crew are behind this project, and they have a solid track record and penchant for punchy brawlers in their resumé.

• The official mobile game for the Teenage Mutant Ninja Turtles Movie
• Blockbuster action with Leo, Mikey, Donnie and Raph
• Exciting and intuitive combat controls immerse you in the game
• Jump, spin, punch, and kick waves of street gangs, mutants, Foot Clan, and legendary bosses
• Upgrade each turtle with unique ninjutsu attacks, weapons, training, and boosts like the Freak Streak and Whack Attack
• Chain attacks to trigger an awesome TURTLE POWER mini-game and fight up close with ALL 4 TURTLES
• Play through STORY MODE, written by Tom Waltz, contributing author of the beloved comic series from IDW Publishing
• Stay alive in SURVIVAL MODE against endless waves of enemies
• Test your skills with in-game challenges
• Compete against your friends’ high scores 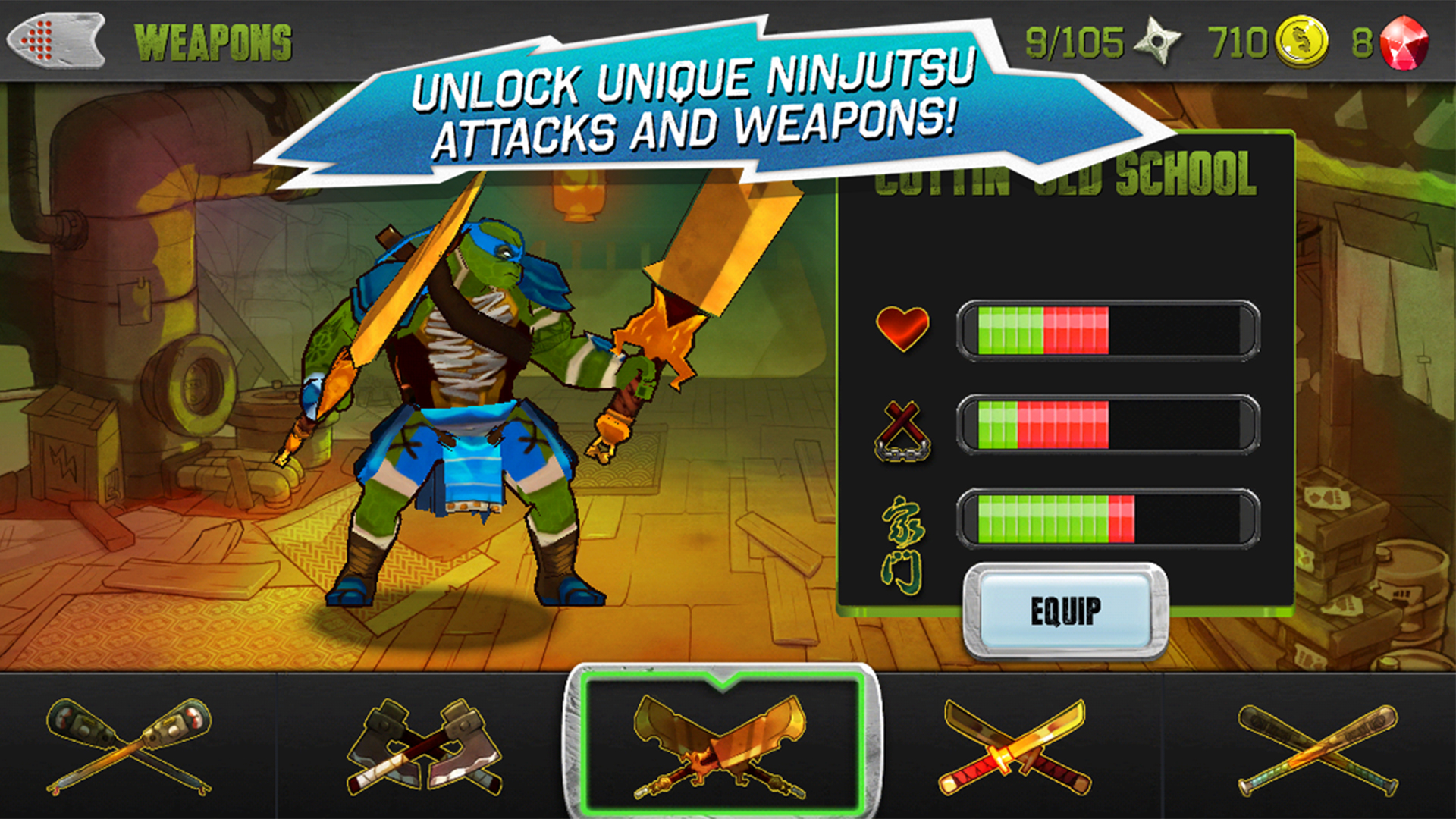 With a solid 4+ star review on Google Play already, packed with features and weighing in at only $3.99, this title definitely seems to be worth the cost, just make sure to save enough for the pizza delivery guy’s tip! Cowabunga!