Heavy Shooter Review – Not quite

There’s a new FPS out by Brutal Studio, the guys who brought us Epic Celeb Brawl, yep, I’ve never heard of them either. Heavy Shooter is a fixed FPS game, you have no movement and shoot from a fixed position on the map.

In all honesty this is not the best the game I have ever reviewed. Enemies spawn around the environment and you use the left side of the screen to aim, and the right-hand side to shoot. It’s that simple. 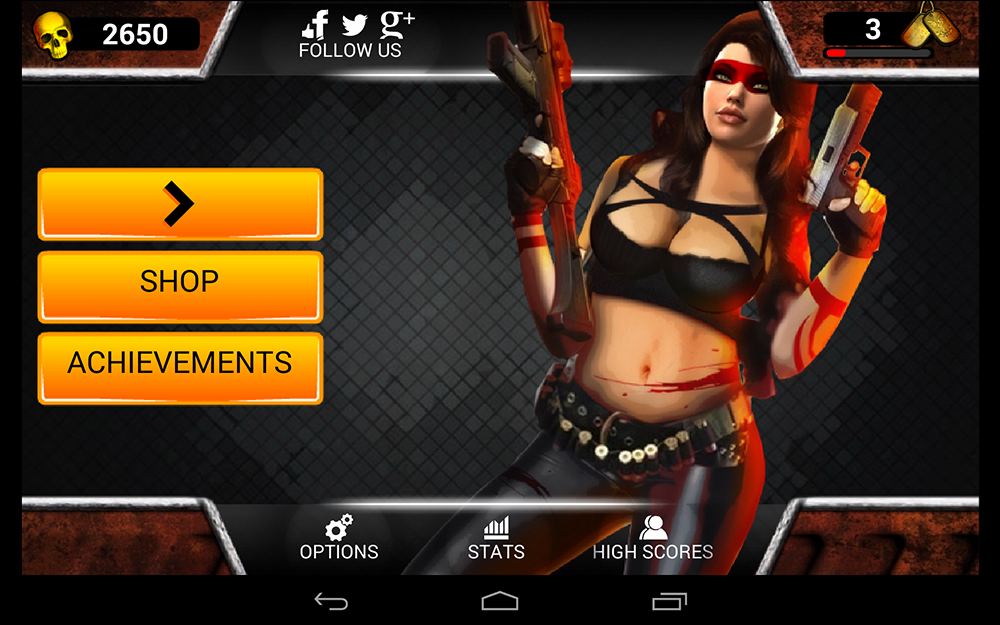 I love this style of game – Epoch and Epoch V.2 are two of my favorite Android titles. On the other hand Heavy Shooter is no where near it. The graphics aren’t awful, that is until enemies start gliding across the screen like a 1990’s arcade machine. They don’t even look like they are part of the environment, and the environment itself looks like one flat image. I guess the HUD and your gun could look okay if the images were higher res.

The controls are super simple, yet don’t quite work. Looking around is slow and laggy, and I often found myself throwing the cross hairs at random, hoping they would stop somewhere near my intended target. I also found that the shoot button would randomly stop working for a few seconds; which wasn’t the most helpful thing in the world. 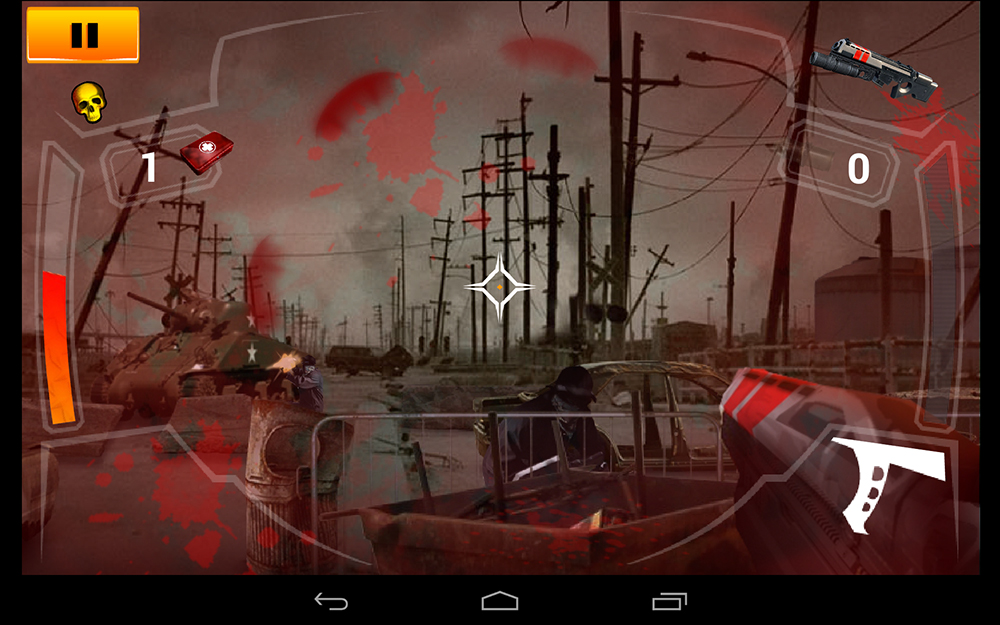 You can level up your gun as you progress through the game using the skull currency you collect. You can also purchase this currency, but seriously, who is going to spend money on this game?

The whole thing feels like it would have been quite impressive back in the days of the HTC Hero – maybe. The whole experience is like a nostalgia trip back to arcade cabinet shooters without the pink plastic gun or sense of excitement. Is this worth a download? Not really. Try something like Epoch V.2 instead.