In Case You Missed It: Transport Empire is now available for Android

GIGL (a.k.a Game Insight), the makers of Gone Fishing; Trophy Catch, My Country, Big Business Deluxe, and others Free to Play titles, has released another addition to their lineup called Transport Empire. This is a city management game in that follows in the steps of the Tycoon franchise.

At DroidGamers our goal is to cover as much gaming news as possible for the Android community. Over the past year or so we have seen a dramatic increase in the amount of quality games being released. Sometimes, in the flurry of reporting, some pretty good games get missed or they don’t receive the hype as some of the games produced by larger studios end up getting. Welcome to ‘In Case You Missed It’, a section for news/reviews for some pretty decent games we think you should still check out even if they didn’t just arrive in the Play Store.

Set in what appears to be the nineteenth century with a slight Victorian influence, Players are tasked with expanding and managing an economic empire by making agreements to provide resources, mining or otherwise acquiring said resources, and transporting them for payment. 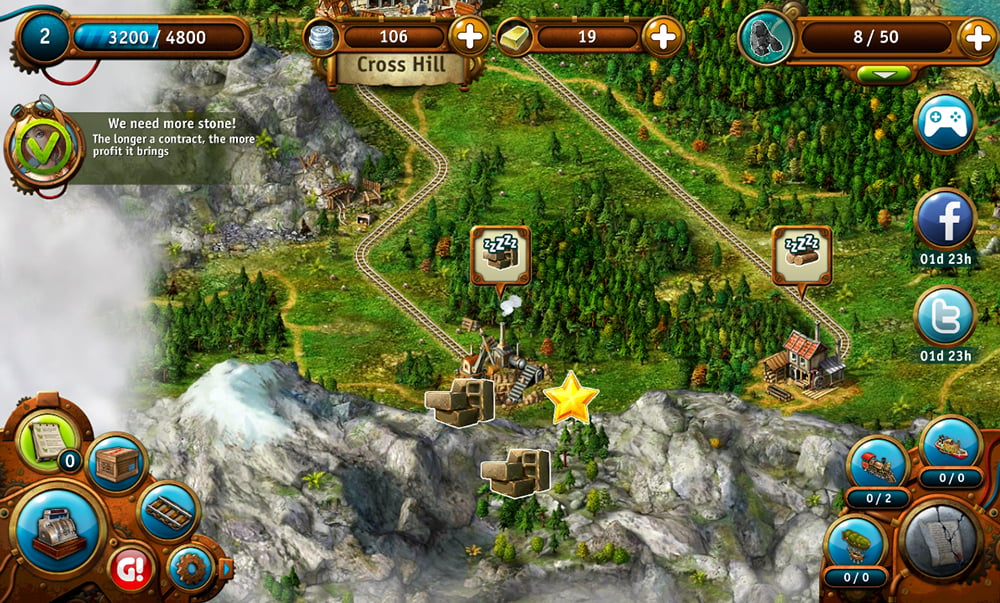 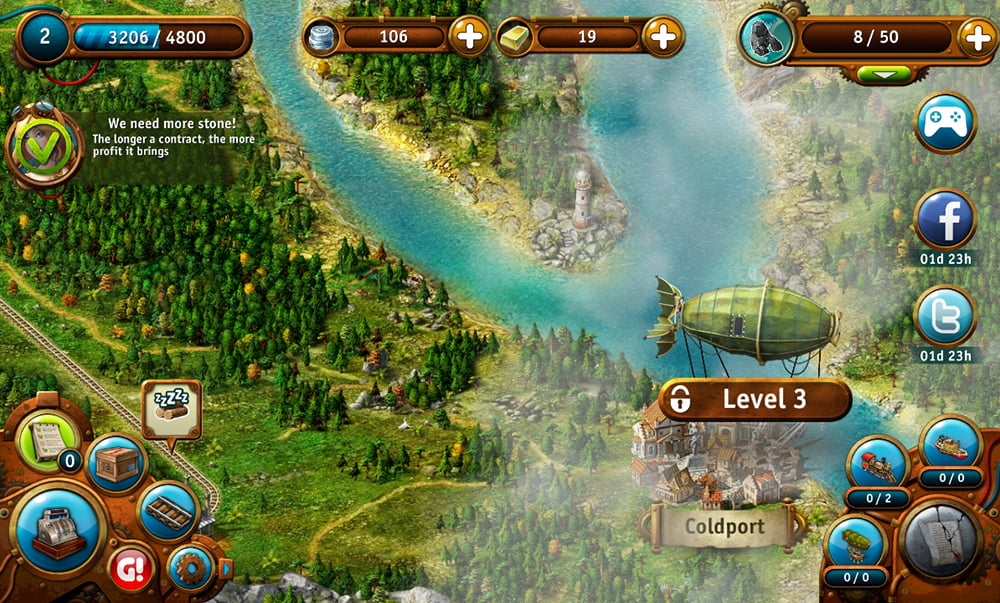 There are three means of transportation within the game: by train, by steamboat, and by airship, all of which players will have to leverage in order to fulfill their contacts to keep the cash rolling in. Like their other games, Transport Empire is Free-to-Play along with the requisite In-App purchases available. it’s available now on Google Play.