Angel in Danger is inspired by Nintendo 64 platform games. It involves a cute little boy named Angelo, who must enter the evil portal and fight to rescue the Angel Princess. The Angel Princess was captured by Lord Debol when he broke into the Bright Kingdom. Your goal in each level is to make it through the pearly gates. 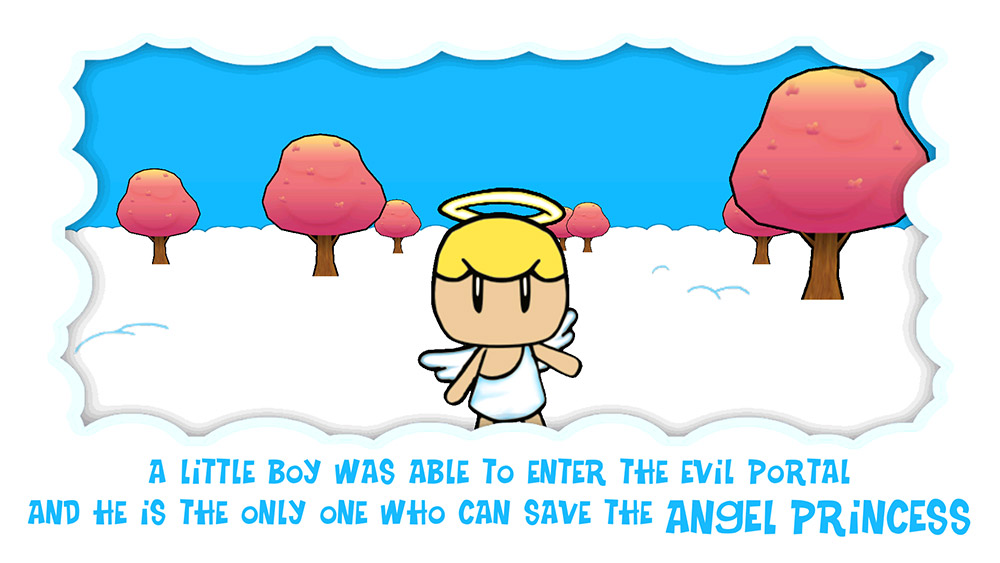 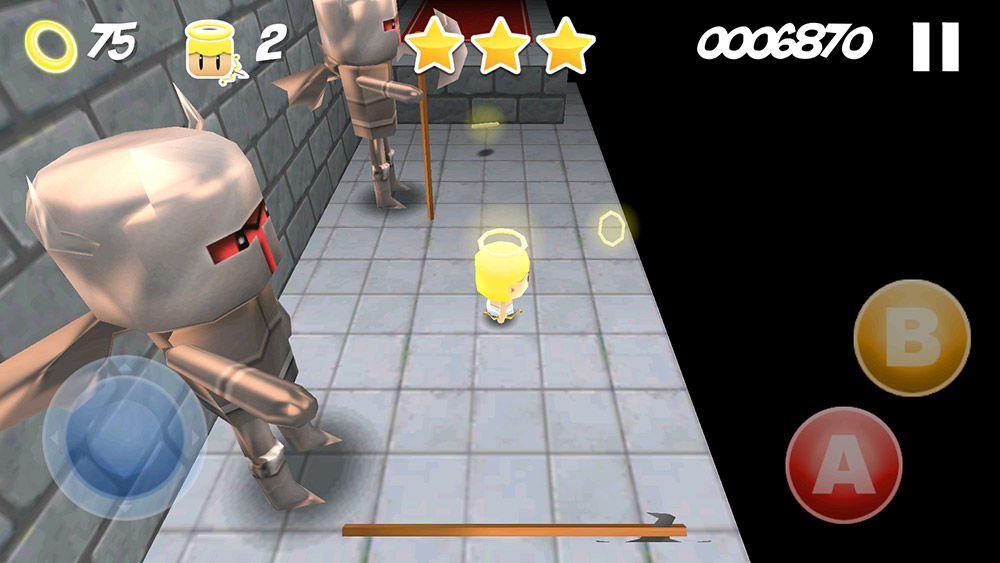 Angel in Danger is a 3D platform game with colorful environments, unique characters and lots of action. Inspired by the early days of Nintendo 3D games, it brings back the classic platform formula that was missing from many of today’s mobile games. – Crescent Moon Games

Angel in Danger definitely reminds me of earlier platform games. The graphics are bright and crisp and the music full of mirth. The environments are sparse with just enough detail to help propel the story. Angelo will encounter a host of characters that he must fight if he is to rescue the Angel Princess. Currently there are twenty-four levels, comprised of four worlds and six levels in each world to complete. The final level in each world is a boss level. In the menu, there is another world that says coming soon, which means it could be a free update or paid downloadable content. Each level has three stars to obtain and there are countless halos to grab throughout your journey. The stars unlock the next level and the amount of halos you collect are used to choose different characters to play like Angela, Devil Minion, Devil Knight, Tiger or Pumpkin Head. 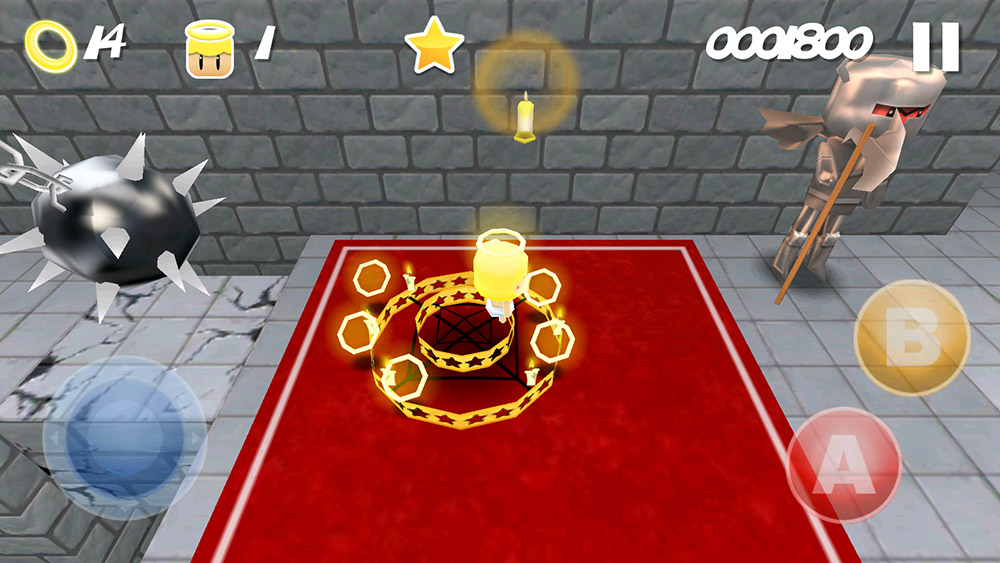 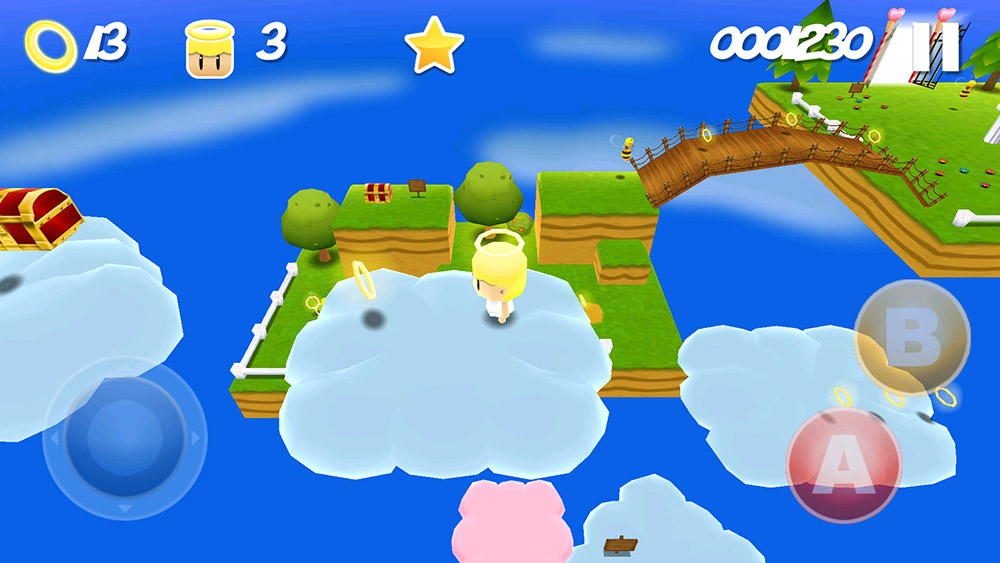 The game controls include a d-pad on the left and two buttons on the right. The buttons are used for jumping/flying or using your bow and arrow to shoot minions and other characters. In true platform game design, there are moving clouds, landings, swinging spikes and multi-tiered environments. The game is challenging to say the least. If Angelo dies, he has to start back at the beginning of the level. There are no check points or save points to be seen in this game, which hearkens back to the early days of gaming. An external controller would be a great option for this game.

The price for the game at launch is $0.99. It will stay that price for a week and then go to the regular price of $1.99. The game is integrated with Google Game Play Services. It has leader boards and eleven achievements. There are no in-app purchases. If you enjoy old school platform games with a challenge, you should check out Angel in Danger. Be warned, the game can be difficult and cause your halo to tilt just a little. Once the game is available we will update this article.