A new game heading our way will put players into the role of being a bartender in a cyberpunk world. This new sim game is called VA-11 HALL-A and you will be mixing drinks that your customers want before standing there and talking to them about whatever it is they want to talk about. This could be anything from politics to how much their lives suck or how awesome their new house is. Pretty much any subject in other words.

Chances are though that the subject matter of most conversations are going to be more political or deal with social issues since the game takes place in a post-dystopian future, hence the cyberpunk world theme VA-11 HALL-A has. The people of this world are being oppressed by corporate nanomachines which monitor them. When things get out of hand the White Knights are called to use brute force when needed. Also, for those of you who like word play, the title of this game is strikingly close to the word Valhalla which is from Norse mythology and is supposed to be a majestic, enormous hall located in Asgard. 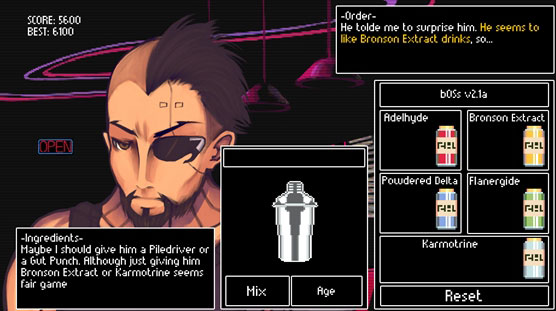 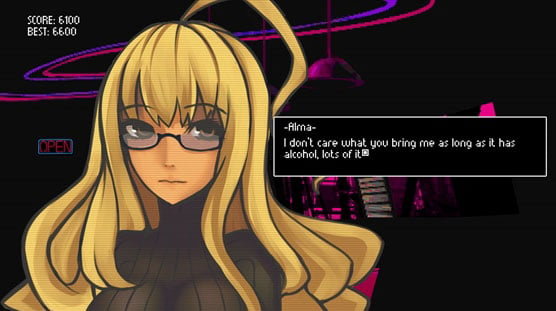 So with all the oppression going on with the people in this game, you can image that a lot of them turn to the bottle to keep themselves from losing their minds. This should make for some pretty interesting conversations. You do have to manually make each drink that a customer requests but when you are talking to them, VA-11 HALL-A plays out like a graphic novel. Depending on whether or not you mix your customer’s drink correctly, their moods will change. A correctly made drink will make them happy while making a drink wrong will make them angry.

As of right now the iOS and PC version of VA-11 HALL-A are currently being made and will be released first which will be sometime in October 2014. The Android version will be worked on and released after that. There is no official timeline for the Android release right now though aside from it being after the iOS/PC release. There is a prologue to the game available for PC right now if you want to give it a whirl and learn about the game ahead of time.

We will post an update when we learn more about when the Android version will arrive. Until then you can check out the trailer in the video below.