Sporting a top-down perspective, look, and feel very reminiscent of the original Grand Theft Auto games (yes, it wasn’t always in 3D you whipper-snappers) Zombie Driver is a bit of a throwback, but that isn’t always a bad thing. Considering the sheer number of zombies you’re often plowing through a first-person or behind-the-car perspective may have provided a more visceral thrill but I think that for this title the view works well and is appropriate. Blood and viscera are satisfyingly strewn about as you make your way through the post-Apocalyptic city your missions always take place within, and the animations of the various weapons of zombatic destruction you come to wield are satisfying. 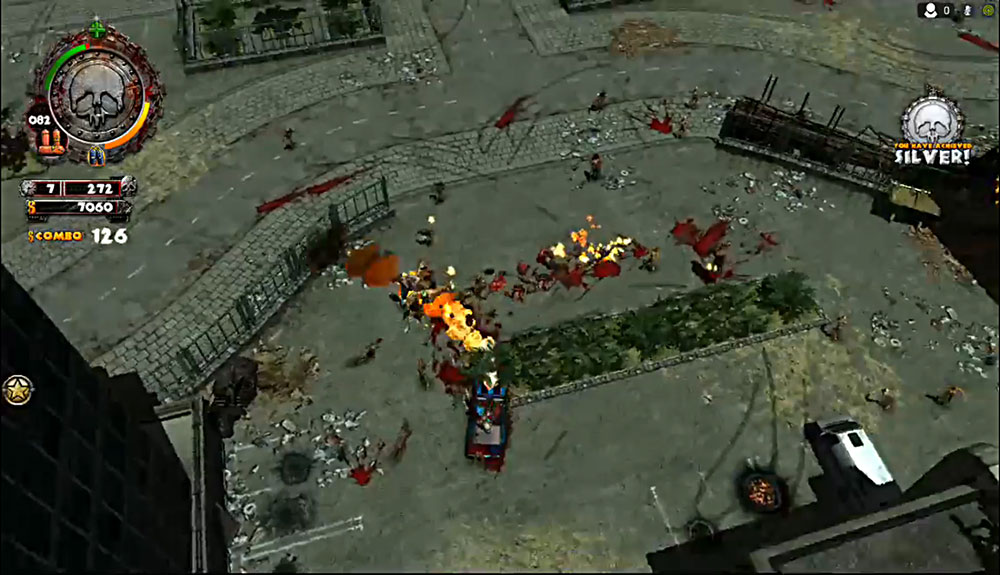 On the sound front there honestly isn’t a whole lot going on, and while it may be fitting considering the action, overall the audio seems lacking. If all you’re going to hear, in general, are the sounds of the vehicles and weapons mixed with the groans of the walking dead you’d hope it would be a little less repetitive. In particular I’ll say that the sound of a growling dog is heard almost constantly and gets a tad annoying over time. As you go through missions there are also some voice overs that aren’t delivered in the most convincing or enthusiastic fashion, but could have certainly been worse.

Digging into the meat of the game there is generally quite a lot to do, and all of it ends up being pretty satisfying. While the game has a simple story mode that walks you through a variety of mission types and scenarios, there is also the Slaughter mode that challenges you to survive waves of zombies until your car is destroyed and, probably my personal favorite, the Blood Race mode that changes things into a competitive race with other drivers. Then throw in a number of unlockable cars, different paint jobs, and weapons upgrades and you have a fair amount of consistently enjoyable content to work through.

Even as there are many positives with the game that isn’t to say there aren’t some areas of annoyance and/or concern. One somewhat silly issue for the game to have is that you can get your car hung up in a variety of ways that the game doesn’t acknowledge, forcing you to restart missions or challenges. It isn’t as if this is on purpose though, as flipping or destroying your car outright does reset things with a minor time penalty. While this didn’t happen constantly it happened enough times that it got a bit annoying. What exacerbated this problem, though, was the more serious issue of pretty regular lock-ups of the game. Most often this seemed to happen in Story Mode on extended missions, which just tended to make it all the more frustrating. Over the total time I spent with the game I’d probably say the game crashed about once every 60 – 90 minutes, but on a few missions I ended up having to replay them 3 – 4 times before I could get through without a crash. Either by itself wouldn’t be quite as bad but piling up both issues there were times where the game was a little tougher to love. 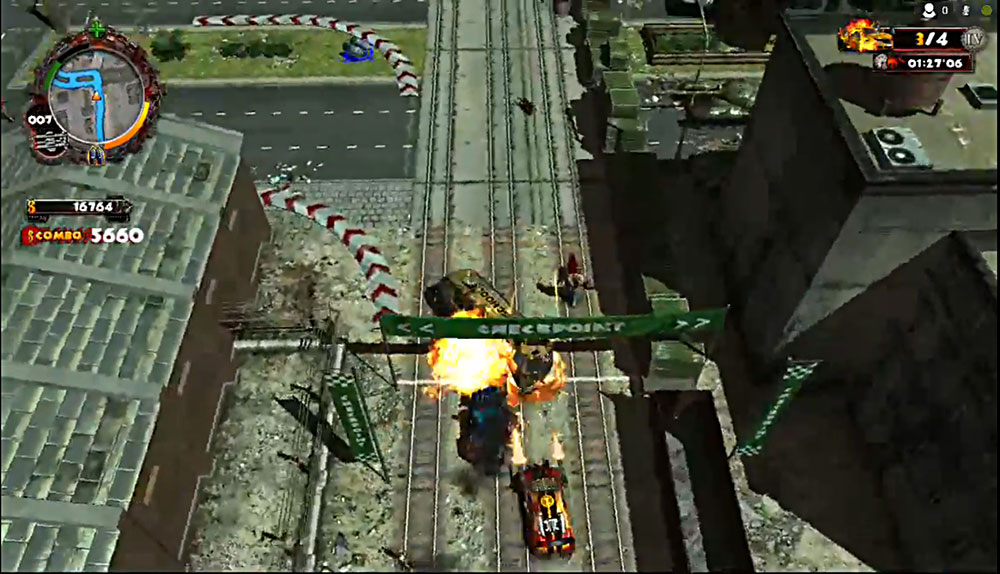 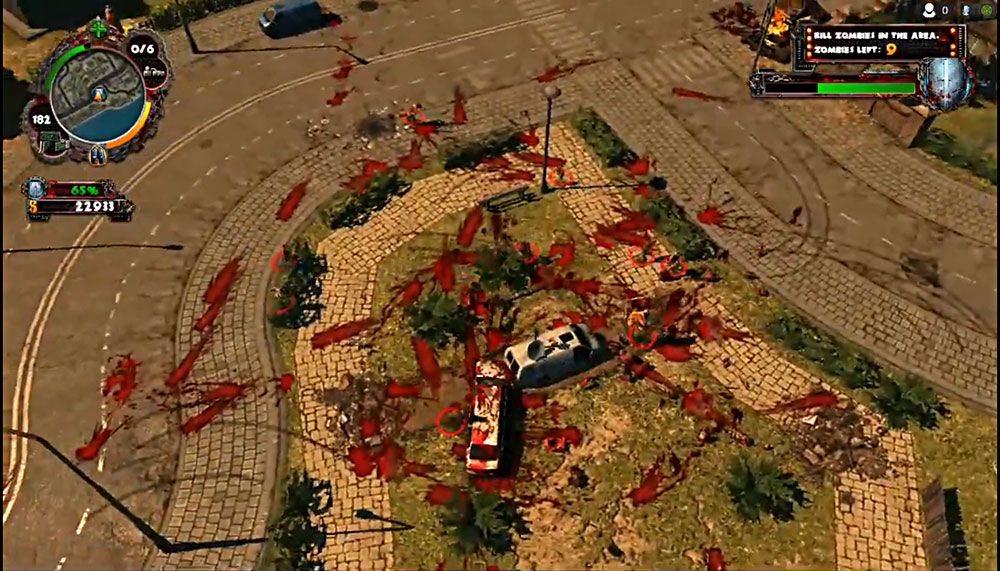 Graphics: 3.5 – While the graphics certainly work, they also don’t necessarily seem optimized well for the platform. On the screen of the tablet I’d say the perspective of the game may be pulled back a little too much, sometimes making it difficult to appreciate details. This was a problem mostly in the night driving levels, where the lack of detail in the more limited light could make it hard to spot things.

Sound: 2 – Probably my least favorite aspect of the game. Considering that there’s no soundtrack and the majority of the game is spent hearing car and zombie noises there should have been a bit more effort invested in diversifying those sounds more than they are by several degrees. You’re literally hearing the same audio samples multiple times per minute at times and that can get a bit annoying. While I can appreciate minimalism this is just a bit lazy.

Gameplay: 4.5 – This is probably the strongest and most compelling selling point for the game. While the core Story and Slaughter modes give you some variety and visceral zombie-killing thrills, for me it is the Blood Race modes that ended up being the most fun. I’ve always been a fan of vehicular combat and while I might argue the competition isn’t often very challenging there is something satisfying about ramming into your opponents and blowing them away with a variety of weapons to be the last car still moving. The unlockables and performance enhancements don’t change things up massively but do provide for some needed variety in handling and performance that allow for people who are fans of different styles to find something that suits them.

Control: 4 – Not too much to complain about here as the car steers well, can swerve effectively once you’ve mastered the emergency brake, and the use of the weapons is generally a no-brainer.

Lastability: 2.5 – This is the score I’ll throw the complaints about hang-ups and game crashes into as they will absolutely happen and when they happen in quick succession it can be very frustrating. If you can look past those problems there’s quite a bit of game here if you are the type who wants to try out and unlock everything, beat every challenge, and simply run over every undead creeper you see on the streets. While some race modes are certainly better than others they all are generally pretty enjoyable and didn’t become tedious.

Overall: 3.5 – If you want a decent title that delivers a pretty strong mix of racing goodness you could do much worse than Zombie Driver as, even with its flaws, it has a very reasonable price point and a fair amount of content given its PC roots. While you may not be able to save the world you can at least enjoy making the world a better place, one splattered zombie at a time.