As many of you may know by know, Dead Trigger 2 from Madfinger Games has had some tournaments for players to compete in with prizes ranging from in-game cash to actual physical prizes. So far they have been short tournaments but the new ITHACA Tour is much bigger than anything already held.

The ITHACA Tour will take place over the course of the next five weeks. Each week will have the tournament held in a different city (in-game that is) and will have slightly different requirements. The goals are most likely going to be the same each week: be the best zombie killer there is for that particular week. The first week begins tomorrow October 3rd, 2014 and the first city on the tour is London. The tournaments after that will take place in Paris, Berlin, Prague and ending in Moscow.

While all the tournaments will have in-game rewards for being a professional zombie killer, there will also be real rewards up for grabs including the chance to win an Nvidia Shield. However to qualify you have to meet a couple of requirements and follow the rules of this tournament. 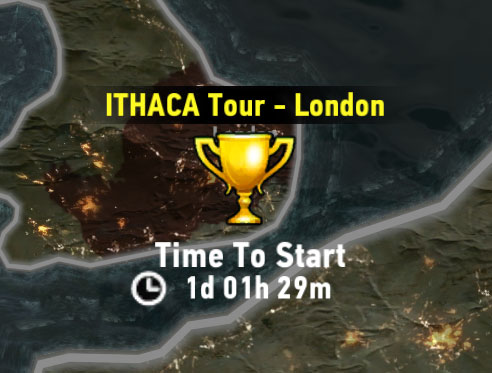 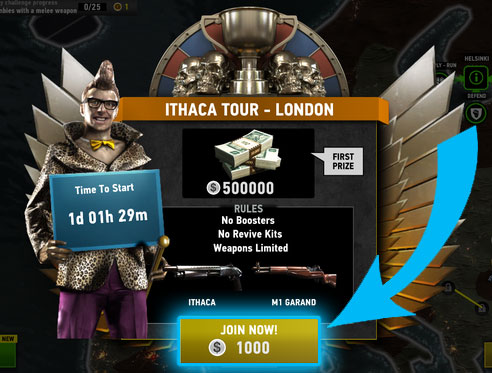 There is also one other fun part to this tour and that is the unveiling of unDeadTV which will have a new episode released each week of the tournament. These TV spots are there to support the storyline for this tournament and is definitely a neat idea. You can check out the first episode of unDeadTV in the video below. You can also check out the full press release including background story for the ITHACA Tour below.

MADFINGER GAMES PROUDLY ANNOUNCES THE DEAD TRIGGGER 2 – ITHACA TOURNAMENT TOUR. BATTLE DOWN IN CAPITAL CITIES FROM LONDON TO MOSCOW FOR A CHANCE TO WIN A NVIDIA SHIELD AND OTHER AWESOME PRIZES

For 27 million gamers Dead Trigger 2 is not just the best looking game for mobile devices on the market, but also a thrill-packed adventure full of quality content. A next level of entertainment boasting solid storyline involvement together with epic tournaments and real prizes.

October 2, 2014 – Brno, Czech Republic – MADFINGER Games has revealed the shocking storyline of the ITHACA Tour from the world of the award-winning game, Dead Trigger 2.

Areas of unrest around Moscow have fallen into unexpected lethargy. With the exception of a few isolated incidents, the massive onslaught of the zombie hordes has suddenly halted, resulting in utter tranquility throughout the region. Resistance Operative and Tactical Command from London believe we are experiencing the proverbial calm before the storm.

In response to these developments, Command in London is preparing a series of exercises for all Resistance units. The main priority of the exercises remain focused on Arena battles within the key cities controlled by Resistance.

Meanwhile reconnaissance units are reporting the irregular occurrence of paranormal incidents from within smaller groups of zombies in the Moscow area. It is widely expected that the epicenter of new unrest will erupt here. Laboratories in Prague have performed extensive studies on the last samples of zombie tissue from the Moscow area in an effort to comprehend the changes to come in zombie tactical attacks.

Recent analysis from the Toxic Wasteland center of Berlin is in agreement on the fact that the majority of recent success on the battlefield is attributable to the massive deployment of the ITHACA shotgun.

In coordination with this finding, Resistance Command is launching the ITHACA Tour with the first tournament in London showcasing the most combat-proven weapon, the ITHACA shotgun. The tournament gets underway this coming Friday.

Upcoming tournaments are planned each additional week in Paris, Berlin and Prague. The toughest test of courage and combat readiness will conclude in Moscow, where the best of the best will do battle.