While I normally write much longer format reviews Wave Wave is a game that you’ll either throw aside in frustration within the first few minutes (perhaps seconds for some) or you’ll be hopelessly hooked on it with a fierce passion. Much like Super Hexagon, Super Meat Boy, or other titles designed for the masochistic perfectionist gamers (like me) out there, Wave Wave is simple as can be to control and understand.

You hold down on the screen for your line to move up, when you release it goes down. My 10-year-old saw me playing it, after telling her how brutal it was, and said “That looks easy!” Two minutes later my tablet was returned to me after she had an epic session of concentrated fail and then she walked away looking at me like I was crazy to be playing it. 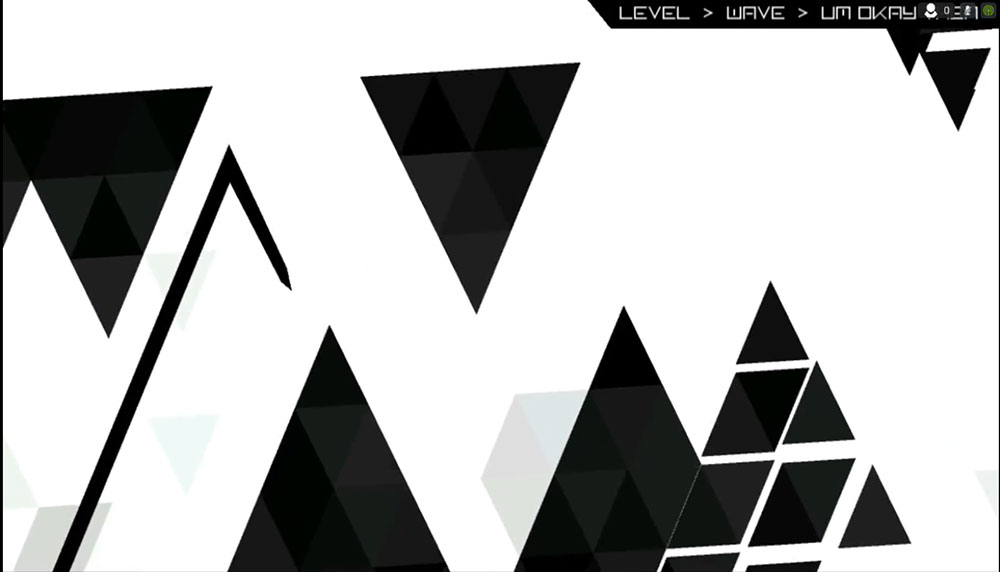 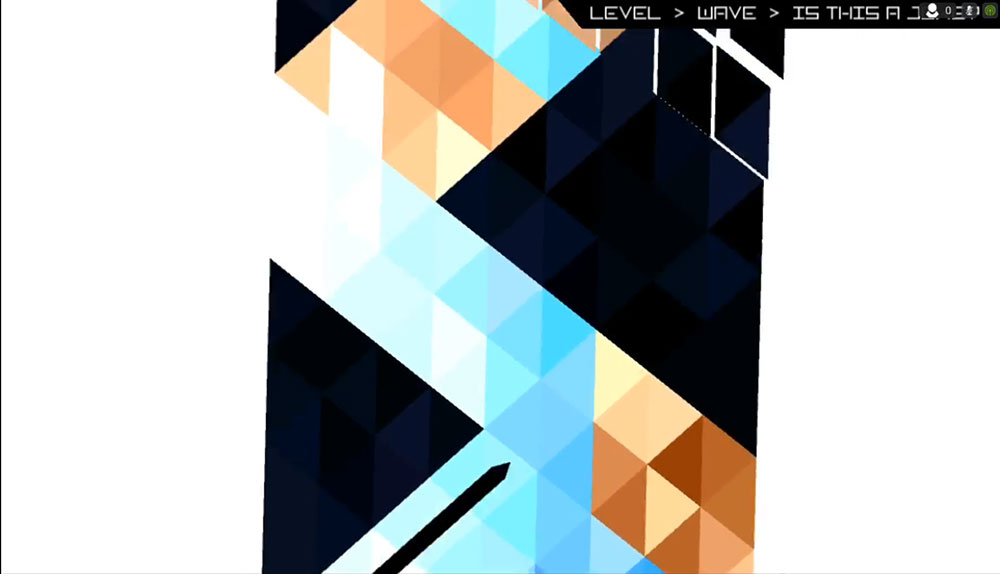 There are several modes available, but all of them involve some sort of painful exercise in attempted precision while the game throws distractions at you. Whether it is skewing the screen, inverting the game, making it spin, or putting it on an odd slant you never quite know what is coming next and some of the transitions between effects are mind-bendingly difficult when they occur at precisely the worst time possible. The sights are relatively minimalist but extremely unique (though for some I could see it being headache-inducing), and the soundtrack absolutely makes the game pulse along. Everything else is about the challenge, and you’d never have thought that guiding a line between mountains and floating objects could be so excruciatingly hard… or potentially addictive. 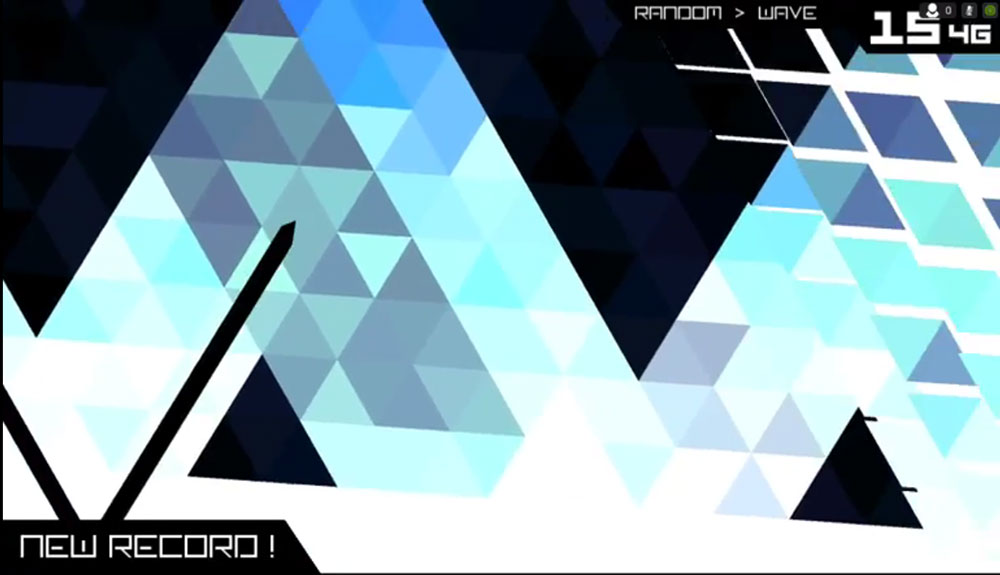 Graphics: 4 – There are times when minimalism looks lazy and then there are times where the aesthetics being used, no matter how basic, absolutely deliver a unique experience. Whether you like the gameplay or not there is a hypnotic quality to the shifting colors, geometric shapes, and constantly moving landscape.

Sound: 4 – The soundtrack pairs perfectly with this type of game, pulsing and driving the action. There’s also some funky voice in the game to introduce levels or announce power-ups and it all just seems to work.

Gameplay: 4  – This is the make or break. You will either find this easy to pick up and hard to put down or you’ll uninstall it within the first few minutes. The nature of this game is aggravation and overcoming your previous time by a second (for perhaps a time of 15 seconds!) is sometimes an accomplishment you want to cheer about. If you don’t like so much pain in your game it won’t be for you.

Control: 5 – It is flawless in the sense that the controls are incredibly simple and yet they don’t need to be anything more than they are. Honestly, if you had to manage anything else at all in the game it would have been that much more difficult.

Lastability: 3.5 – Here we’re very much back in love-it-or-leave it territory. Even if you love it, though, I’d imagine for a lot of people there will need to be a point where you simply choose to stop playing it because it simply remains as that impossibly hard thing you’re never really going to conquer very much. The variety of modes do give you a number of different ways to scream in agony and some may be more appealing than others though, so at least an effort was put in to appeal to more tastes.

Overall: 4 – For a challenge junky this title absolutely scratches an itch, just sometimes there’s only so much frustration you can take. For people who don’t like impossibly hard games, with rounds that are lucky to last half a minute most of the time, this will absolutely be one to stay away from. At this point Wave Wave is probably the best aggravation game I’ve played overall, and it will likely remain installed on my Shield tablet for quite some time to return to… which isn’t a common occurrence.