If immersion is your type of thing and you are always looking for games to play that really bring you into that game, then you might want to keep your eye out for a game called Dead End Alley. While the game is currently available on Android already, it is the Oculus Rift version we are talking about right now. Sure it will bring zombie killing right into your face but the rather cool part is that you can use a controller in the shape of a chainsaw do to the killing with.

As the developers describe this game, Dead End Alley is a cartoon-horror casual hack-em-up zombie game inspired by classic 80’s arcade gaming, a sort of Fruit Ninja meets Zombie movie type of game. With your chainsaw, in the Android version that is, you end up hacking all the zombies that are coming at you into a bloody mess. With the new Oculus Rift version that is in the works, you will literally be holding onto a chainsaw controller in order to do the hacking of zombies with. 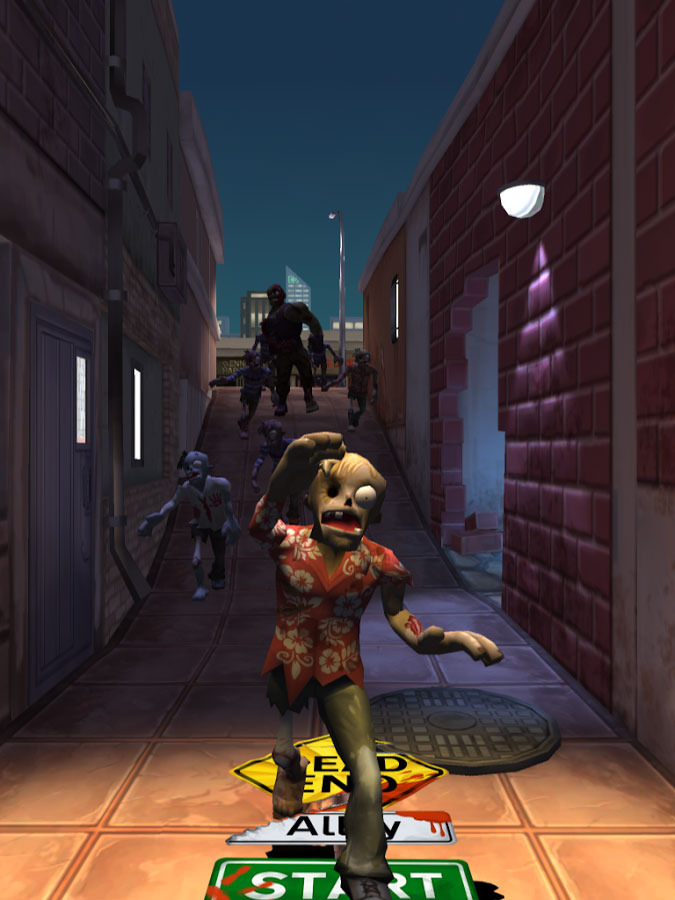 You get a VR headset, a chainsaw and a bunch of zombies coming at you in 3D. Have you ever watched grown men panic as cartoon zombies come scrambling at them? It’s awesome.

The debut of this rather interesting controller and Oculus Rift version of this game will be happening at PAX Australia 2014. We will post an update when we get to see this in action.