The contest, which is officially named the Not-Necessarily-For-Halloween Costume Contest even though Halloween is right around the corner, is all about dressing up as the characters from the company’s games in order to win Nvidia Shield products such as an Nvidia Shield Tablet or an Nvidia Shield portable unit. In other words this is a cosplay contest which is a rather cool idea really. However it isn’t mandatory that you dress up as one of the characters from their games in order to participate in this contest. 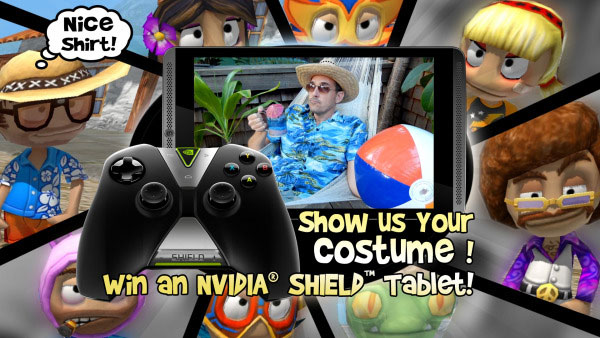 Here’s How to Enter:

1) Create a totally original costume. Mondo bonus points if you use characters/cars/scenery/stuff from any of your favorite Vector Unit games like Beach Buggy Racing, Beach Buggy Blitz, Shine Runner, and Riptide GP2.
2) Take a picture of the costume. (Hopefully someone is wearing it!)

For those of you planning to enter this contest, good luck! The update is now available on Google Play for all Beach Buggy Racing players to download.