A new fast-paced turn-based strategy game has arrived for the Ouya console called Skulls of the Shogun. Developed by 17-Bit, this game is already available on Google Play and has now been ported over for the Ouya console as well. Players will be taking charge of General Akamoto who also happens to already be dead.

Using your already deceased General, and his army of minions who also happen to be of the undead variety, you will be fighting off the General’s enemies and proving yourself as the best even when you are a pile of bones wearing armor. Skulls of the Shogun has some pretty interesting features including the ability to consume your dead enemy’s skulls in order to power yourself up and gain new powers. 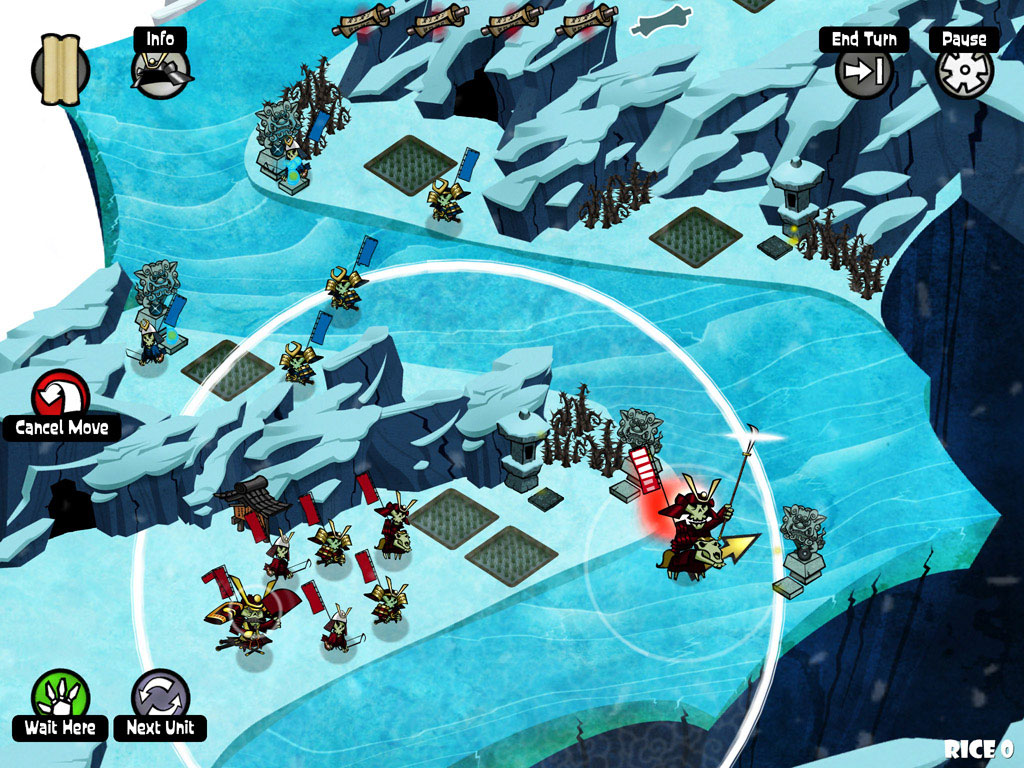 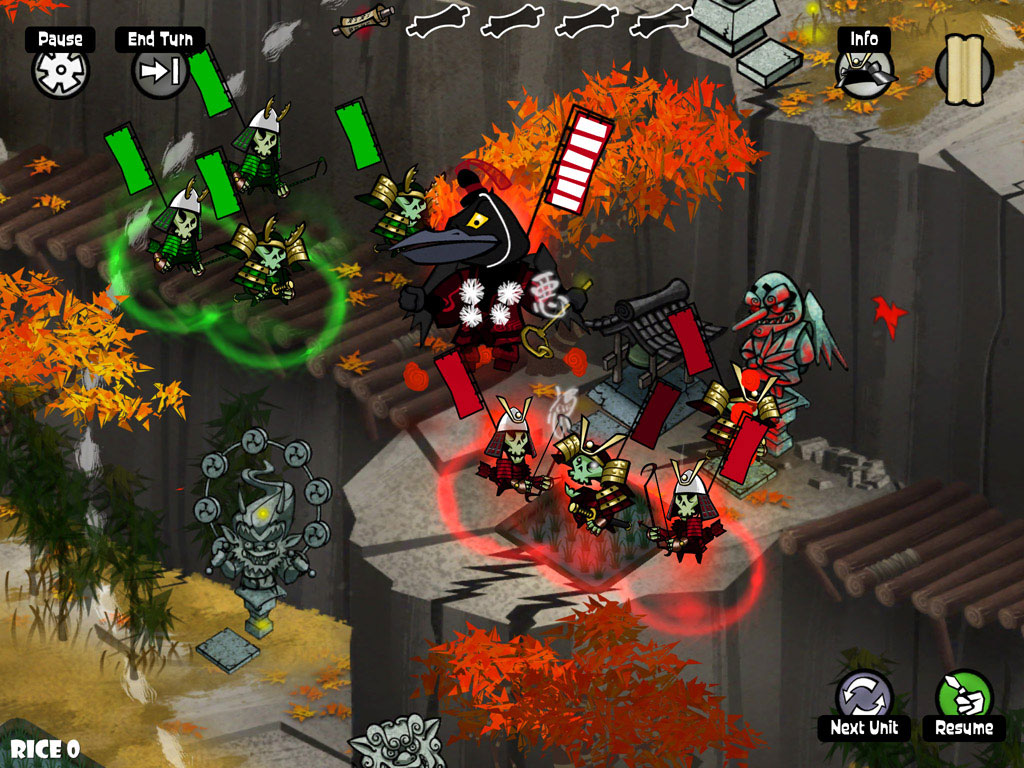 Skulls of the Shogun Features:

– Beautifully hand-drawn and hand-animated! See it in motion!
– 4 magical animal monks to discover and master!
– 24 levels of epic single-player story! Why can’t General Akamoto get any respect?!
– Online multiplayer! Up to 4 friends can battle at once!
– 4 gods and 6 generals, all with distinct personalities!
– Send your moves turn-by-turn in Skulls Anywhere mode!
– Pass and Play with a single device! It’s game night!
– Power up your army to deadly demons!
– Gain experience, emblems, and cred with the progression system!
– BONUS island featuring persistent troops and the Tanuki Monk!
– Easy to learn, tough to master. Challenge your friends!
– Distinctive soundtrack of samurai grooves!

This game features a pretty long single-player campaign, weighing in at 10-15 hours in length depending on how good you are at the game. For those of you who enjoy killing your friends in games, Skulls of the Shogun also features local multiplayer as well as turn-by-turn online multiplayer with up to 4 players in a deathmatch style of gameplay.

For those of you who own an Ouya, you can now snag Skulls of the Shogun off of the Ouya Marketplace. It is currently 20% off till the end of November as well to celebrate the game’s release. You can also pick this game up off of Google Play for $4.99.

Ouya Marketplace: Skulls of the Shogun