Another Boulder Dash game will be arriving onto Android in a couple of weeks in celebration of its 30th birthday. Officially called Boulder Dash 30th Anniversary, two of the original creators (Chris Gray and Peter Liepa) have come back and teamed up for the first time since the Rockford™ character was first introduced in 1984.

Update October 29th, 2014 5:49pm PST: Boulder Dash 30th Anniversary is now available on Google Play. You can grab a copy through the link below.

Boulder Dash 30t Anniversary will be a freemium game that features over 200 levels for you to work your way through. In keeping with the upcoming candy-filled holiday heading our way, 40 of those levels are themed around Halloween. For those of you not familiar with Boulder Dash, this is a long running franchise from way back in the day of early consoles where you go digging around in the ground and through mines, collecting gems while trying to avoid traps and other hazards. 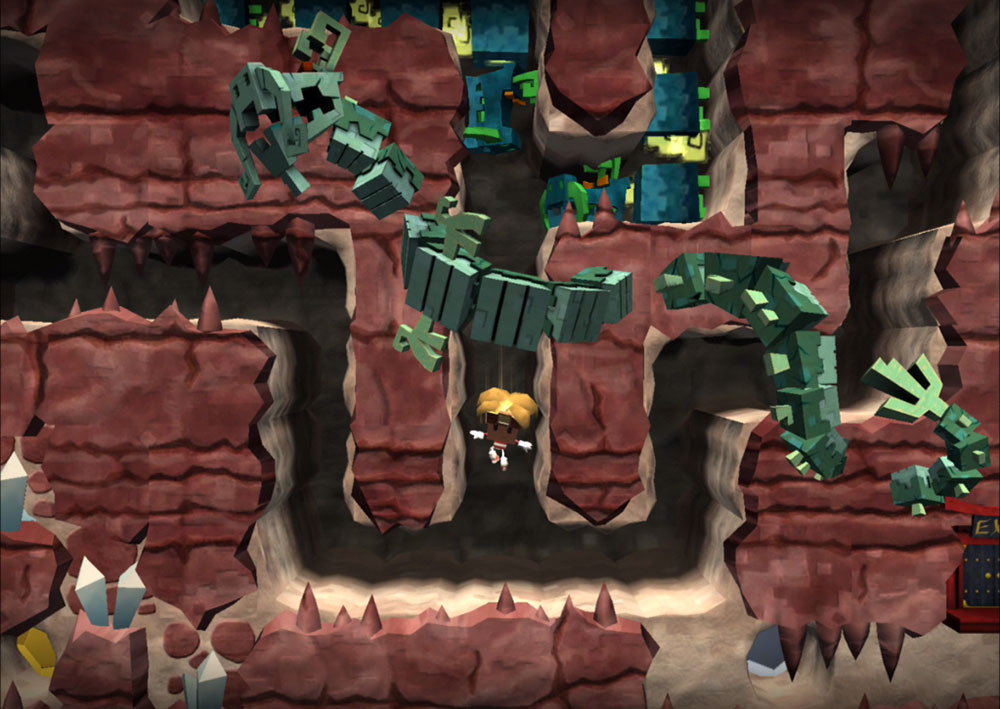 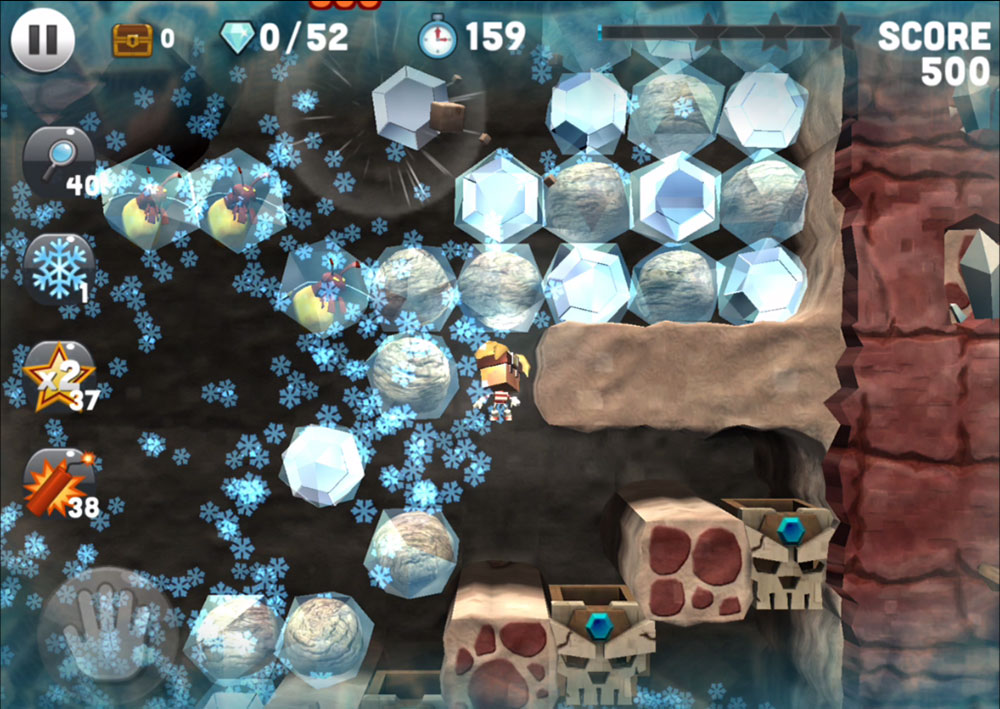 · Loads of Content – 220 levels and 11 worlds to start!
*Never-before-seen worlds and creatures designed with 3D elements and animations
*Two Halloween-themed worlds with a combined 40 levels, featuring bats, ghosts, demons and more spooky surprises!
· Designed in 2.5D – A distinct visual style that is played in 2 dimensions but looks 3-dimensional
· Free to play – A generous amount of gameplay (160 levels) available for free.  Fans of the franchise will appreciate more than 60 new levels that are available for purchase, including re-mastered versions of the original 1984 caves.
· Accessible – Appeals to moderate gamers (age 10+), as well as core gamers who will find it challenging to achieve 3 stars on all levels.
· Two Gameplay Control options – Screen Swipe or Virtual D-pad
· Exceptional Replay-ability – Advanced physics and dynamically changing levels allow for endless playability
· Beautiful 3D graphics and animations – Built with the Unity Engine
·  New gem combos, treasure chests, rare collectibles and valuable power-ups!
· Cave packs, featuring exclusive worlds and characters, available for in-app-purchase
· Nine playable characters including classics like Rockford™ and Crystal™
· First Boulder Dash game ever to include diagonal walls and movement

This new addition to the franchise features 2.5D style visuals as well as new traps and monsters to be aware of while trying to make yourself rich with gems. The new style of visuals doesn’t detract from the game’s original feel though, which is a good thing for you purists out there. As for the IAPs within this game, they are just additional cave packs and world that you can play as well as additional playable characters.

Boulder Dash 30th Anniversary will be landing onto Google Play sometime between now and the end of the month. When it does launch, we will post an update here with the Google Play link.