Kabam has released a new game onto Google Play today and for once it isn’t some sort of MMORPG or MMORTS type of game. Instead the company has released a title called Metal Skies which is an aerial combat style of game featuring both single-player and multiplayer campaigns to play.

In single-player you will be going up against your enemy – The Shadow Jaegers. You will have different missions and objectives to complete against the Shadow Jaegers which include boss fights as well. When it comes to multiplayer, Metal Skies features real-time aerial combat PvP matches for you to take part in and try to take down the enemy team. 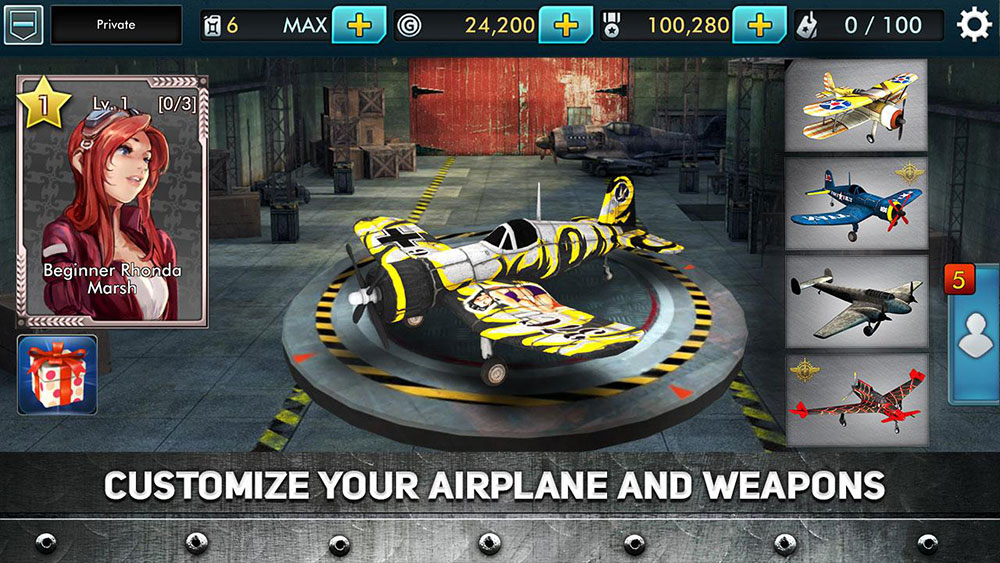 – Get right into battle with the ONE-TOUCH AIRCRAFT INTERFACE
– Take flight with razor-sharp ACCELEROMETER controls
– Experience combat with powerful 3D GRAPHICS
– Choose from 22 planes, then CUSTOMIZE YOUR AIRCRAFT
– Outfit plane with LETHAL machine guns and MISSILES
– Select pilots with UNIQUE SKILLS, then level them up
– Action-packed SOLO CAMPAIGN against the SHADOW JAEGERS
– Prepare for powerful BOSS BATTLE events
– Prove yourself in real-time PVP BATTLES
– 1080p ready for a hi-def gaming experience

Metal Skies has a lot of influence from other games in this genre such as World of Warplanes in that you have plenty of different aircraft to choose from and multiple ways to customize your aircraft that you use. This includes different weaponry and load-outs that you can equip your planes with. Players can also choose to use different pilots that have their own unique skills which is also something you find in other games of this nature. 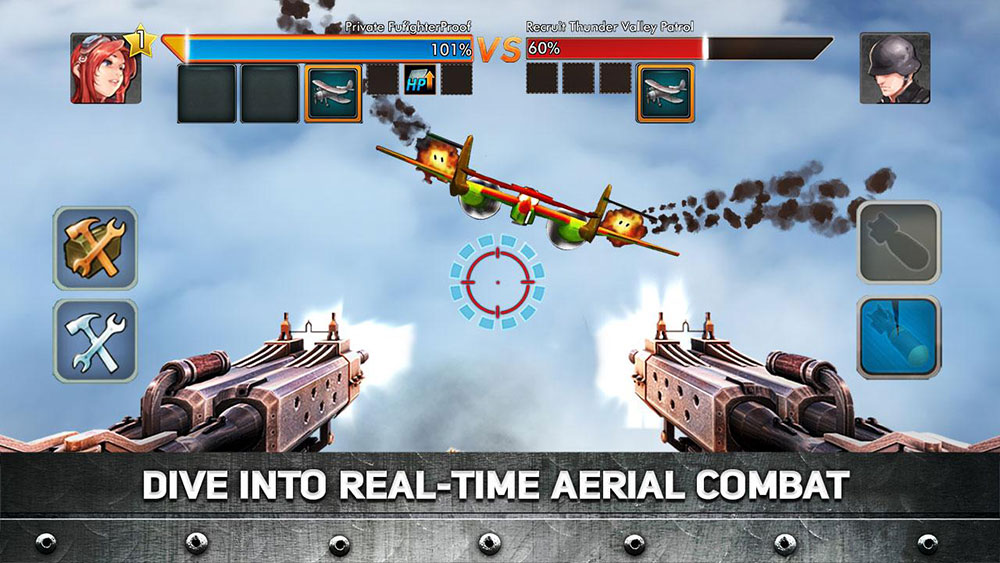 Overall, if you’re looking for a World of Warplanes style of game to play, you’ll want to download Metal Skies. It is available for download off of Google Play for free and does contain optional IAPs as well which range from $1.99 to $99.99 in price (which is pretty much the usual range for IAPs in most games).