Disney has a new movie hitting theaters in a few days (November 7th, 2014 in case you don’t know) but instead of releasing their movie tie-in game for Big Hero 6 on the same day as the movie’s release, Disney has decided to launch it a few days early. However this may not be the type of movie tie-in game you thought it would be.

Disney has apparently been keeping an eye on the game market, seeing how well some of the puzzle-RPG titles have done in the recent past. Big Hero 6 Bot Fight, as the game is officially called, is actually a puzzle-RPG style of game, although the RPG aspects are very far and few. It is basically a match-3 puzzle game that has your character attacking his opponent when you match three or more of the same power cells in a row. 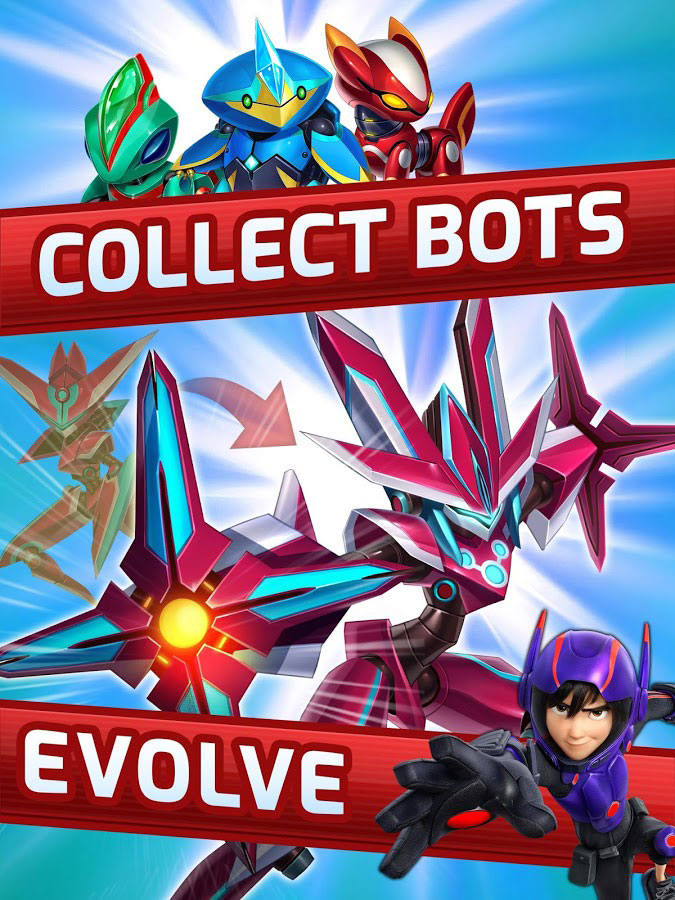 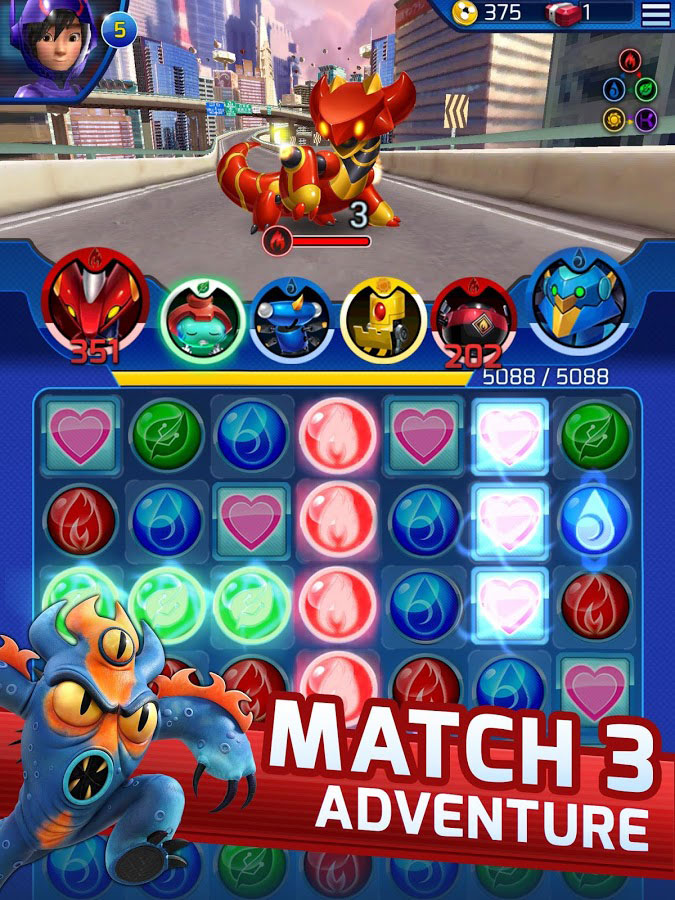 While the game consists of over 100 different bots you can collect, level up, and evolve, that is literally where the RPG mechanics end. It is a bit unfortunate that a franchise like Big Hero 6, that could have so many possibilities when it comes to making a great movie tie-in game, ends up being a matc-3 puzzler. With that said, the game isn’t bad at all, it just happens to be not what we expected.

For those of you interested in picking up a copy of Big Hero 6 Bot Fight, you can now do so off of Google Play for free. As always this game does contain optional IAPs as well.