Dracos is an artistic game where you control two dragons simultaneously

Dracos is an indie game from a group of developers from Slovakia called Comunique. This particular game has players controlling two dragons simultaneously as they fly and it is your goal to navigate them around obstacles, at the same time. The biggest challenge here is actually being able to pull this off.

The art style of Dracos is pretty interesting as well. In fact the game is very artistic in the visuals department which actually, at times, makes it more challenging to control your dragons. You’re too busy looking at the visuals at times. The obstacles you need to avoid are coming head-on at you in a sort of tubular pattern with outcrops that you need to dodge with both dragons. 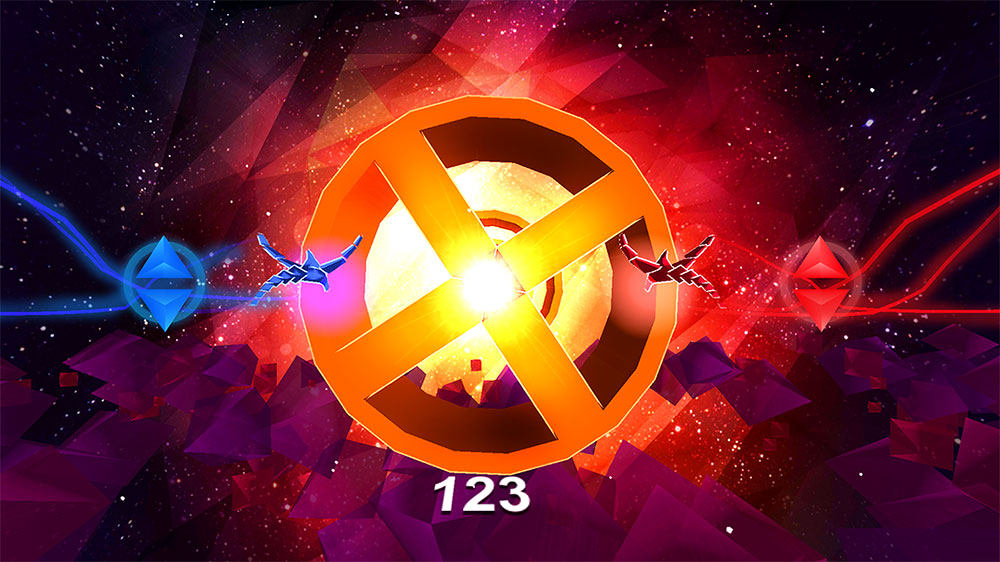 The goal,  of course, is to last as long as possible without crashing your dragons which leads them to die a horrible death in the space like environment they happen to be flying in. On top of it all, your dragons start flying faster the further you get into the game and less easy to control, making it quite challenging to survive for any amount of time at that point.

For those of you interested in checking out this game, Dracos is available off of Google Play for $0.99. You can also check out the game in action in the video below.