Platform exclusives are the love letters written to gamers in an effort to say “please come play with us, but not in that creepy way that those little girls did in the Shining.” Instead, the platform owner wishes to convince gamers that their particular platform offers a unique experience. This can be seen with iOS and Android, and even among Android OEMs. Nvidia secured several exclusives for their Tegra chip line, and Amazon acquired an entire game studio to develop content for their branded line of Fire tablets and media players.

LG has taken this strategy a step further by offering gamers a title that is exclusive to an accessory. You read correctly: a game that is exclusive to an accessory. Puppy Pop is an LG G3 exclusive, available to owners of said device and its popular Quick Circle Case. The question then is whether or not a game that uses roughly 30% of the real estate of a 5.5 inch screen is even worth your time. The answer lies in my review, so let’s get into it.

Puppy Pop is a simple arcade puzzle game of the “match-three” variety.  Players match three or more contiguous puppy faces in order to score points. If you have ever played Baku Baku Animal, Tetris Attack, Robotnik’s Mean Bean Machine or Bejeweled, then you have been exposed to the core mechanic of this title. 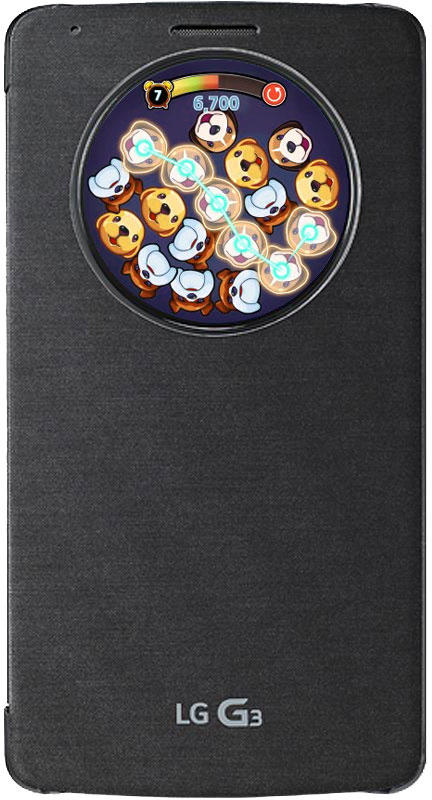 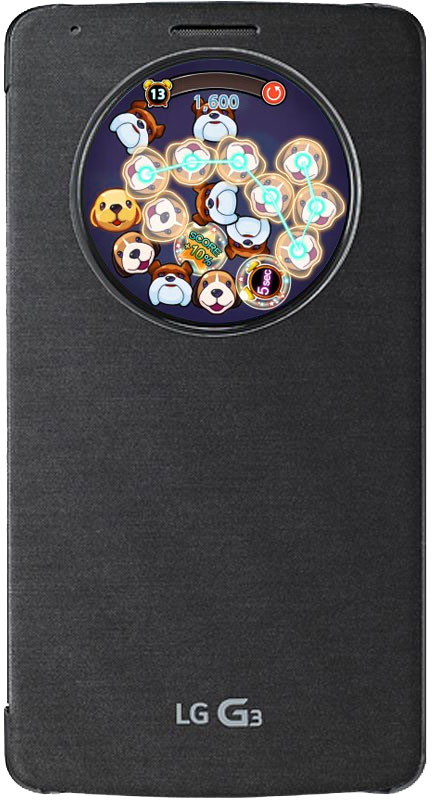 The main draw of Puppy Pop is it’s time-attack structure. With 30 seconds on the clock, players will find themselves frantically sliding their fingers across the screen in an effort to rack up combos before the timer hits zero. Larger combos yield special items including score multipliers and time boosters which provide players with precious seconds to eke out a buzzer-beater.  This setup quickly becomes addictive as player’s find themselves investing energy into developing greater precision with swipe and slide techniques in order to improve scoring. Because the player’s goals do not revolve around the completion of stages or clearing the board, the game takes on the nature of a twitch game without explicitly being a twitch game.  To this end, Puppy Pop’s deceptively shallow gameplay is a refreshing take on the genre and is in and of itself an engrossing puzzle experience.

With limited display space to work with, few would have held it against LG if they opted for a rudimentary approach to the game’s visuals. However, LG rose to the occasion and offered up a satisfying visual treat. Puzzle pieces are vividly illustrated, the color palette vibrant and the transition effects are satisfying to witness as puppy faces pop off the board. The visuals greatly benefit from the G3’s  quad HD screen, affording the game the necessary fidelity to discern on screen action over such a small space. With puzzle games, the importance of graphics tend to be subordinate to gameplay and controls, so it is nice to see that LG took the time give players a compelling presentation. 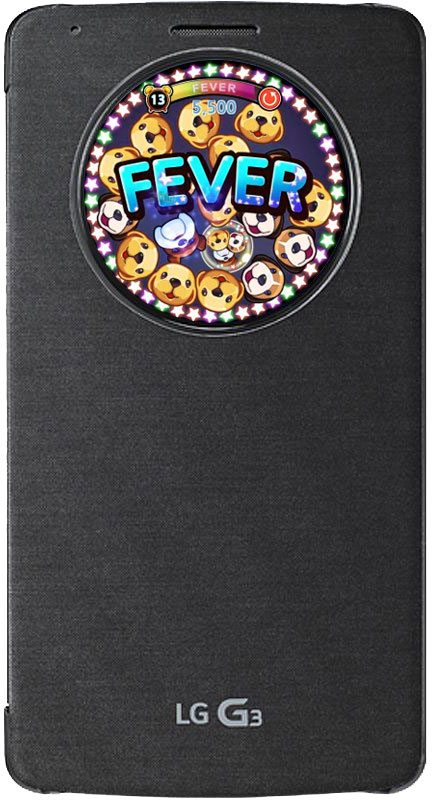 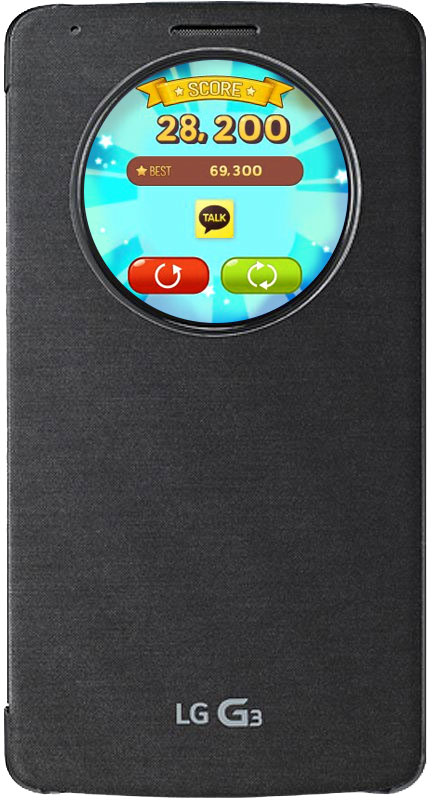 Puzzle games of this sort demand responsiveness. Thankfully, Puppy Pop delivers just that. Swipes and slides register immediately without a trace of lag. Despite it’s console origins, the genre feels right at home on a touch-screen.

The sound effects and music are all rather standard fare. Typically, one may be inclined to pay little mind to this aspect of a puzzle game, but the soundtrack and sound effects of EA’s Tetris have convinced me of otherwise. The right music can establish a vibe for a puzzle game. Sadly, popping pups is a vibe-less endeavor thanks to the run of the mill synth pop music that dates back to the era of Bust-A-Move.

Plainly stated, Puppy Pop replicates the very best of twitch titles such as Fruit Ninja and Temple Run, carrying over their dynamic to a simple yet addictive puzzle game. This game is likely to suck away more minutes of your day than you would expect.

Puppy Pop is addictive and perfect for quick game sessions. Casual gamers and veteran gamers alike will find this game to be an absolute blast.