If I were to mention animated movies such as The Incredibles, Toy Story, Brave, Ratatouille and Monsters University, what is the first thing that would come to mind? It would probably be Disney-Pixar and the wonderful stories and animation that they have created. If you are a fan of any of those movies you are in luck. Steel Wool Games is a new studio created by five artists that have been working in the animation industry for many years. With the aid of Ripstone Publishing, Steel Wool Games will release their first project, Flyhunter Origins this summer. It will be available for Android and Tegra powered devices in addition to other platforms. The game is prominently displayed as one to play on the new Nvidia Shield tablet.

Flyhunter Origins‘ protagonist is a cute little guy named Zak. He finds himself in quite a bit of trouble:

“Zak is a bumbling alien spaceship Janitor and wannabe Flyhunter from Burgarol 3. He works on board the Flyhunter Crew’s legendary spaceship; ‘The Frog’ but deep down he longs for an exciting adventure of his own. Somewhere in Earth’s orbit, while the heroic Flyhunters are deep in cryo sleep; The Frog’s cargo of super-important exotic insects from the latest hunt is mysteriously jettisoned into space, crash-landing on planet Earth! It seems the clumsy Janitor Zak is the only one around to save the day.” – Steel Wool Games 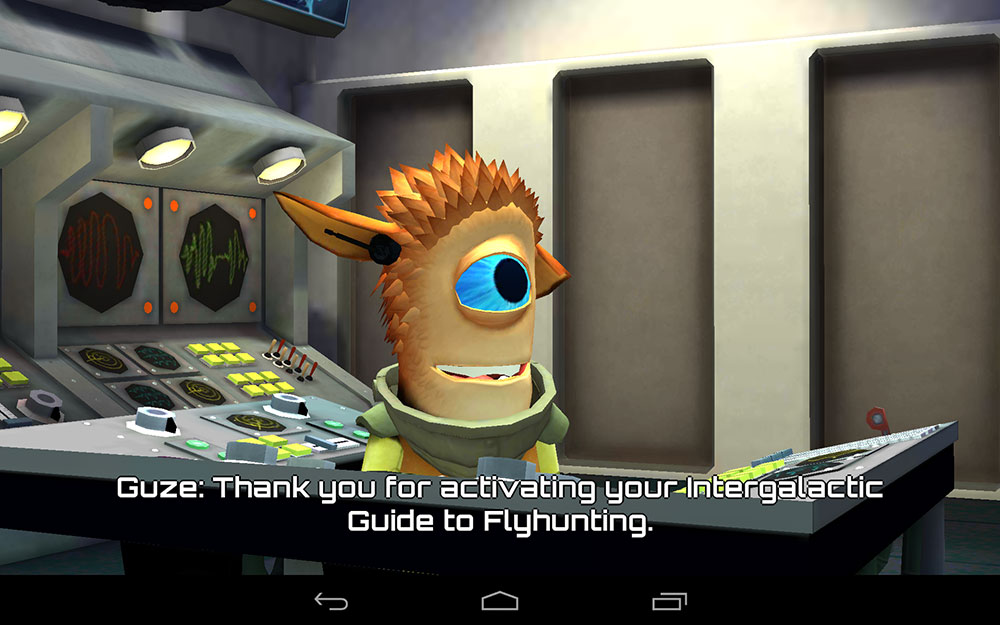 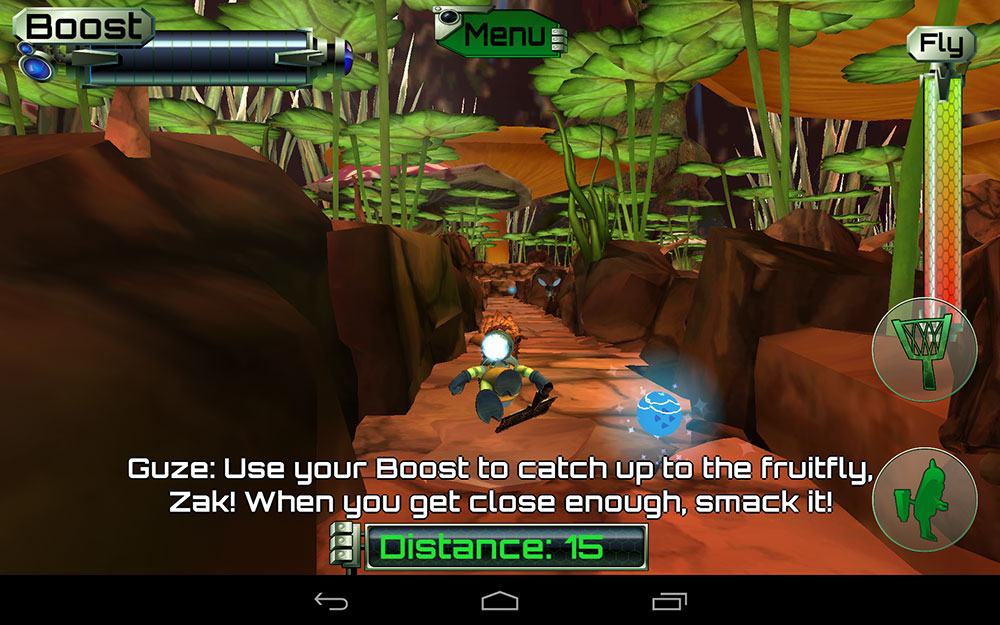 The game is being touted as a Super-fly Platform-Adventure game. The video trailer and screenshots show richly detailed environments wherein Zak is using a trusty fly swatter to squash bugs. The game is broken up into two different modes of game play. There are platform levels in which Zak is collecting two things, bio masses (green balls of goo) when he is smashing bugs and bug eggs. The bug eggs are used in between levels to upgrade Zak’s weapons.

At the end of the platform levels, the game play changes to Chase Mode, in what can be compared to an endless runner. Zak hits his booster and takes off chasing his first nemesis the fruit fly. During the chase he has to dodge the environment, grab glowing orbs to help him boost and swat the fruit fly to take him down.  There are five episodes and Zak will encounter the fruit fly, firefly, dragonfly, house fly and horsefly. Steel Wool Games has included about twenty minutes worth of animation cut scenes to help fully develop the story. 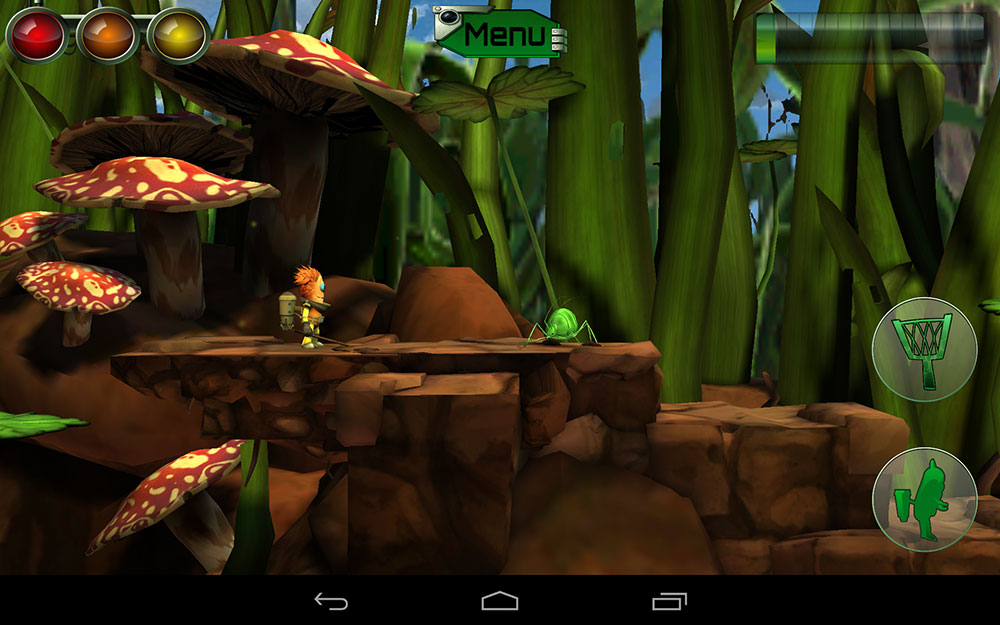 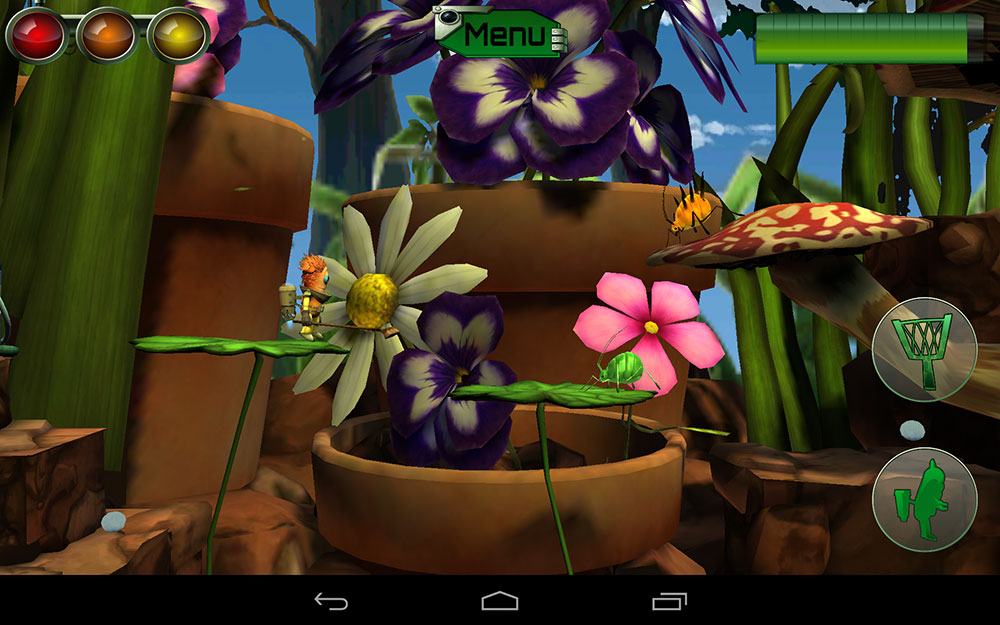 Flyhunter Origins appears to have the right mix of an engaging storyline, action, adventure and platforming to entertain us. This should come as no surprise to us when we know that the team behind the game consists of industry veterans in art and animation. Flyhunter Origins will be releasing soon. Neither a release date nor the cost of the game has been announced yet. Once we have that information we will update the article. In the meantime, check out the screenshots and trailer to see if you want to take up the role of Flyhunter when the game releases.