Today is a great day to talk about PC streaming with today’s Shield Tablet announcements. These games run right from your PC and have certain requirements, which you can read about on the official site. Now onto the games!

Assassin’s Creed Unity:
Tuesday marked the release of another Assassin’s Creed game, Unity, besides a nifty companion app available on Google Play, it is also a stream-able game to the aforementioned NVIDIA devices. Unity is about Arno, an assassin during the French Revolution. Besides its massive and detailed open world, as compared to the less impressive but still cool open worlds of its predecessors, co-op missions have been added in to make things a bit more social. Reports of the PC version, and all versions in general are very glitchy, so it may be worth waiting for a patch before buying. Thankfully I have another game to share with you this week.
LEGO Batman 3: Beyond Gotham:
LEGO games have always been a favorite series of mine. The mix of platforming, puzzle solving, and humor make for what just maybe the best licensed games out on the market. LEGO Batman 3 takes the LEGO formula into space, with over 150 playable minifig characters all from throughout the DC Universe.
Let me know your thoughts on GameStream and what you would like to see covered when it comes to the world of PC gaming on NVIDIA Android devices by leaving a comment.
Assassin's Creed Lego nVIDIA Nvidia Shield Shield Tablet 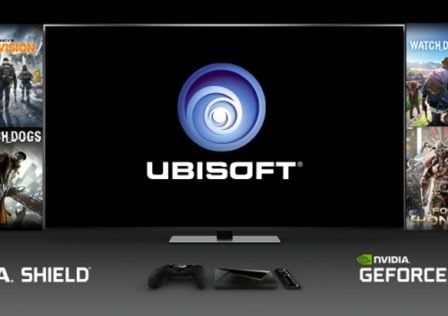