In an ongoing trend for big Ubisoft releases, Far Cry 4 now has an app to go along with it, except it is a bit different than past companion apps.

Instead of a companion app like Assassin’s Creed Unity and Watch Dogs have, Far Cry 4 offers up a poker app instead. The poker itself is not the usual video poker that can be found elsewhere. It is also a puzzle game, where cards fall from the top of the screen and you pick which ones to use in order to have the  best hand. The app still interacts with Far Cry 4, by letting you win in-game currency through the app. In a more social aspect, you can use friends as Jokers which rewards them for participating. 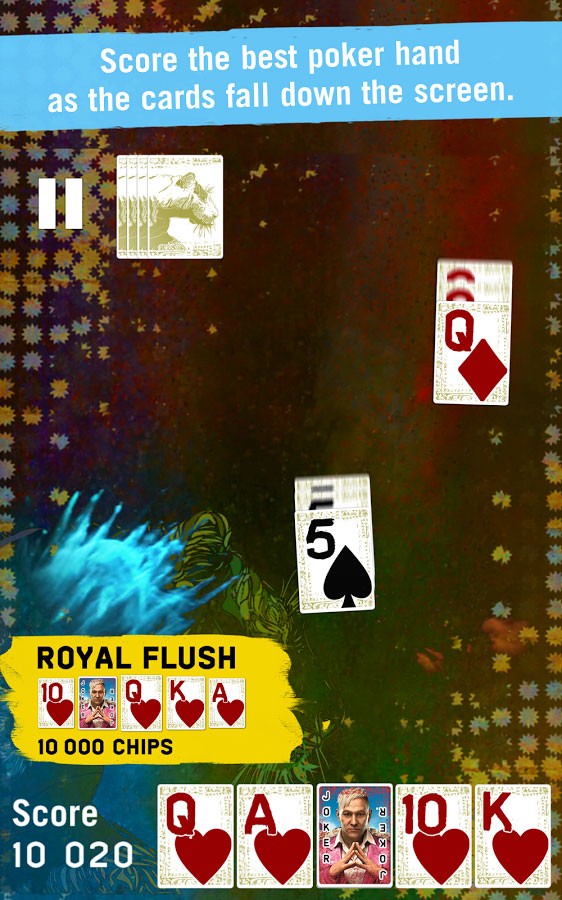 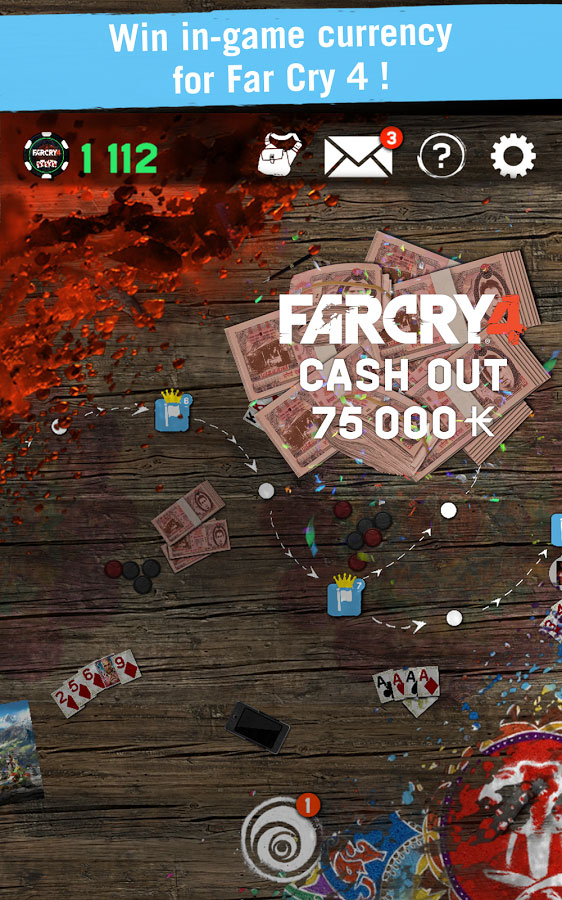 Far Cry 4 Arcade Poker is available now for free but offers in-app purchases. Far Cry 4 comes to PS3, PS4, Xbox 360, Xbox One, and PC tomorrow, November 18. The game takes place in the fictional Kyrat, located in the Himalayas. It offers an expansive open world along with the story of the main character being swept up in a civil war on a trip to honor his dead mother.