One Man Left Studios is comprised of two old friends that went to elementary school together. Alex Okafor is the developer, and Adam Stewart, provides the artwork and animation. They work remotely from Georgia and Alabama. That setup is quite interesting, but it works, because One Man Left has created some fantastic and fun games that require good gaming skills. Their latest entry, Tilt to Live: Gauntlet’s Revenge, will be making its way to the Play Store soon.

[UPDATE] November 17th, 8:04 AM PST – Tilt to Live: Gauntlet’s Revenge, is now available to download in the Google Play Store. The price of the game is $2.99. You can download the game at the link following the article.

The game that brought attention to the studio, was Tilt to Live. It was released on iOS in 2010. It is a colorful and frantic arcade game, full of explosions, heat-seeking missiles and a fluid control system, which involved tilting your device to move your arrow. Your triangular shaped arrow (ship) moves easily around the screen as you attempt to maneuver around rapidly spawning enemies, bent on destroying you. They follow your every move.  The game won awards based on its originality, extreme difficulty, great controls and beautiful graphics. They followed it up with Tilt to Live 2: Redonkulous, which provided more of the same gaming goodness. Tilt to Live 2, finally made its way into the Play Store earlier this year. It is available for $2.99. If you haven’t played it yet, you should try it out. It is well worth the price of entry. 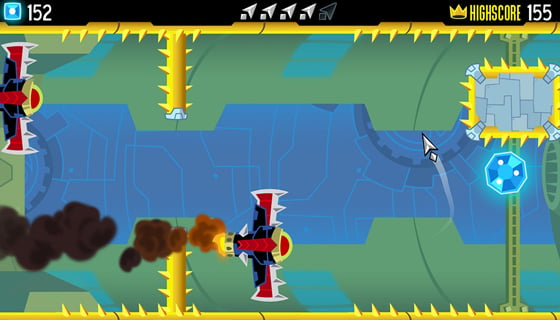 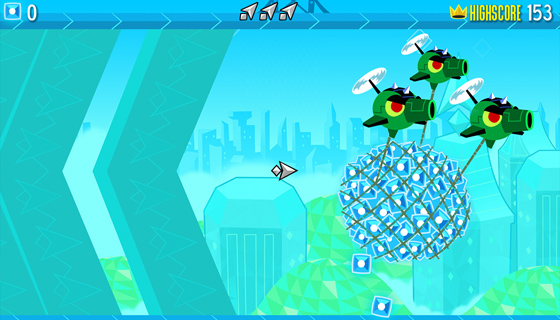 Tilt to Live: Gauntlet’s Revenge has One Man Left moving in a different gaming direction than the previous two titles. With their latest game, your arrow (ship) is making a run for it from the enemies, but this time, though the stunning graphics and unique enemies remain, you are traveling in one direction. This time it is frantic side-scrolling action, that will have Flappy Bird lovers chuckling with glee. Not that this is much like Flappy Bird mind you, but the action and level of difficulty involved will appease those that like that sort of challenge.

“It’s a Tilt to Live like no other: a collection of brutal tilt obstacle courses! Take control of an unlimited supply of expendable arrow-people, destroying a ton of them on your quest to reach the finish line. Tackle three super-challenging gauntlets in any order you want, using our famously responsive Tilt to Live controls. Do you have what it take to unlock the final boss gauntlet, and at last confront the infamous Dot King? If not, maybe try it on easy mode.” – One Man Left Studios 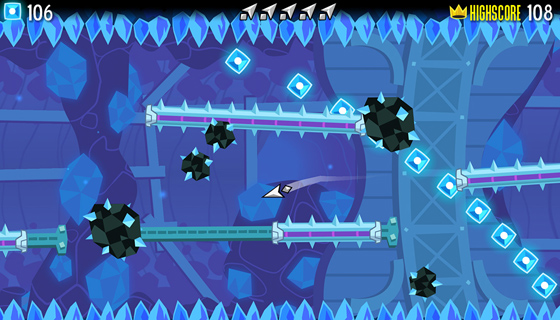 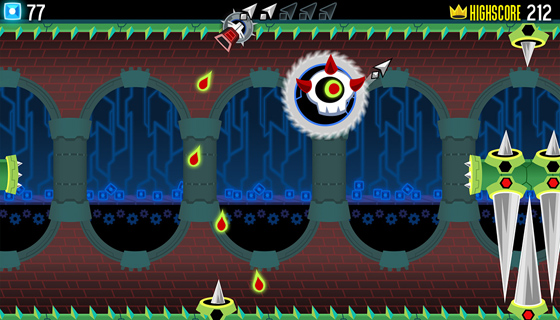 We have high hopes for this title, based on playing the previous games from One Man Left Studios. If you are up for a beautifully-rendered arcade game full of wrist-tilting action, look for Tilt to Live: Gauntlet’s Revenge to appear in the Play Store soon. The price of the game will be the same as their previous game in the series, $2.99. As a matter of fact, if you want to prepare for the onslaught of action coming your way, go ahead and pick up Tilt to Live 2: Redonkulous now, in anticipation of Gauntlet’s Revenge. You will be glad you did! When the latest game hits the Play Store we will let you know.