[Updated] A Humble Bundle That Should Not Be Missed: Crescent Moon Games Bundles Games for A Good Cause

By now, everyone on planet Earth that plays games, reads or listens to books, or enjoys good music, has heard of Humble Bundle. If you haven’t, now is a great time to discover, what the folks over at Humble Bundle have to offer. Humble Bundle gives you the opportunity to buy bundled products, in this case, Android mobile games, while supporting charity. You get to name your price for the games. If your price is above a certain average, it unlocks more games for you, as they become available. The new mobile bundle for Android is now available, and it is a collaboration between Humble Bundle and Crescent Moon Games. This mobile bundle is definitely worth checking out, because it has some pretty great games, and exclusive content in it! Are you ready to name your price and hit the download button?

Update #2: December 1st, 2014 14:48pm PST: New games have been unlocked for those of you who have paid above the average price when buying the Crescent Moon Humble Mobile Bundle. In fact three more games have been added, making this one impressive bundle to buy. The three new games are Aralon: Sword and Shadow, Clash of Puppets, and Slingshot Racing. Enjoy!

Update: November 26th, 2014 3:06am PST: The Crescent Moon Humble Mobile Bundle has passed three milestones already which means three additional games have been unlocked and made available for anyone who has paid over the average price at the time of their purchase. The two newest games added thanks to these milestones being surpassed are Paper Monsters Recut and Relic Rush. The next game to get unlock will be Pocket RPG. We will keep posting updates as more games get unlocked.

Crescent Moon Games over the years, has released some really good games for you to play on your Android devices. Now, you have the opportunity to try out some of those games at an excellent price, while at the same time, experiencing some new games that are debuting with this new Mobile Humble Bundle. Who doesn’t love exclusive content at a low price? Let’s see what Crescent Moon Games is offering! 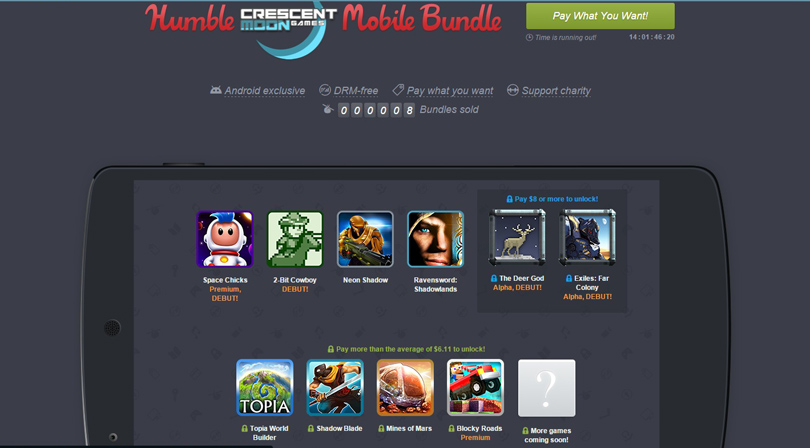 There are four games in this bundle that are available for the first time! If that wasn’t enough, unlockable bonus content will be available to those who pay over the average price. This is pretty awesome because these items are unlocked based on how well those in the gaming community contribute, to help meet the bonus goals for the bundle. As more people buy the bundle, there’s more potential for your bundle to get even bigger. As an example, Siegecraft Defender will unlock, if the bundle reaches it $100k goal and so on, up to $400k. So, there is the potential for the bundle to grow to include seven more games! We think that is pretty awesome!

What’s even better, is that you are supporting charities, while you are purchasing some pretty amazing games. The charities that are being supported, are the Electronic Frontier Foundation and the Child’s Play Charity. 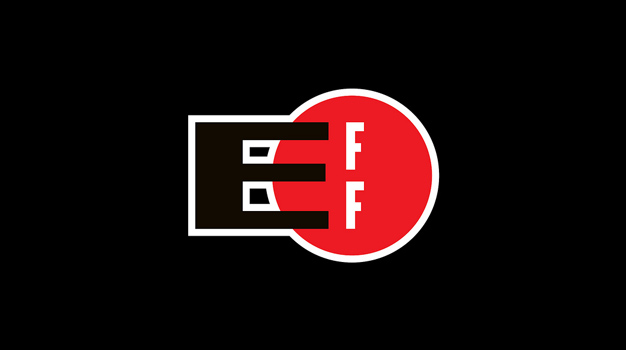 “The Electronic Frontier Foundation is a non-profit that defends your rights in the digital world. This world-class team of tech-savvy attorneys, activists, and technologists fight in courtrooms and Congress to protect privacy and free expression online and throughout the world.”

“The Child’s Play Charity works to channel the goodwill of the worldwide gaming community into video games and game systems for sick children in hospitals. Child’s Play works directly with hospitals worldwide to identify what kinds of games and systems can be installed in hospital wards and distributed ‘for keeps’ to child patients. Since 2003, Child’s Play has coordinated the donation of millions of dollars of games and game systems, making them a premier charity for helping children in need of the joy that games can bring.”

Some addition notes about the games in the bundle. “Each of these games is the premium version, meaning it’s the unlocked full game and/or comes with extra goodies. No freemium stuff here. DRM-free for Android. All games in this bundle are available DRM-free exclusively for Android.

If you are looking for some great games at a great price (Naming your price is the best deal you will find.), then check out the latest Mobile Humble Bundle. Have fun, while supporting charities at the same time. Keep in mind, this deal only last for a while. When you go to the website to check it out, pay close attention to the running clock in the corner. It will let you know how much time is left before the deal is over. Don’t miss it! This is a great bundle!