Having been in a soft launch on mobile devices for a bit now, PopCap’s newest additional to the Peggle franchise has finally been released worldwide. This new game is called Peggle Blast and it has been designed so players can play both quick short sessions while waiting in line or long gameplay sessions while traveling or just bored sitting around.

Peggle Blast doesn’t stray too far from the original Peggle game in terms of mechanics. It’s all about popping the correct pegs, racking up the points, and competing against friends in leaderboards. There are new characters to check out, plenty of new puzzles to solve, and a selection of new power-ups to try and take advantage of in your quest to gain as many points as possible. 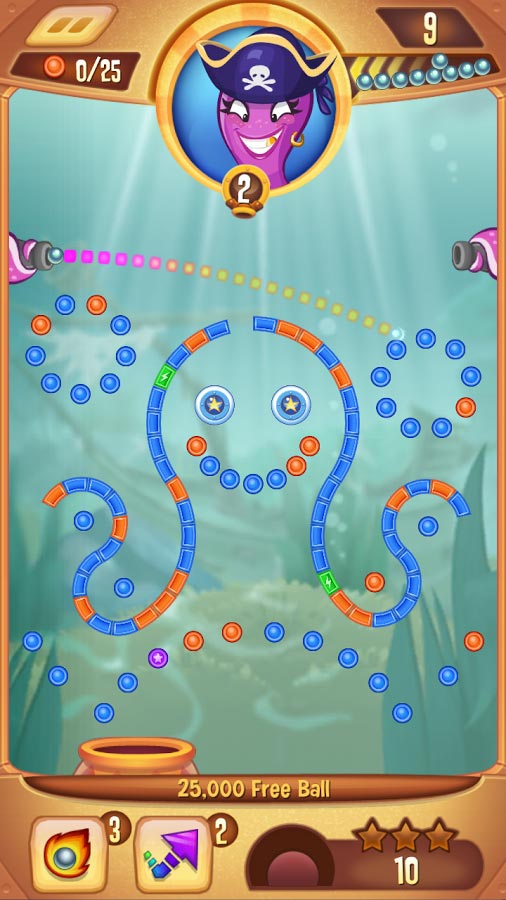 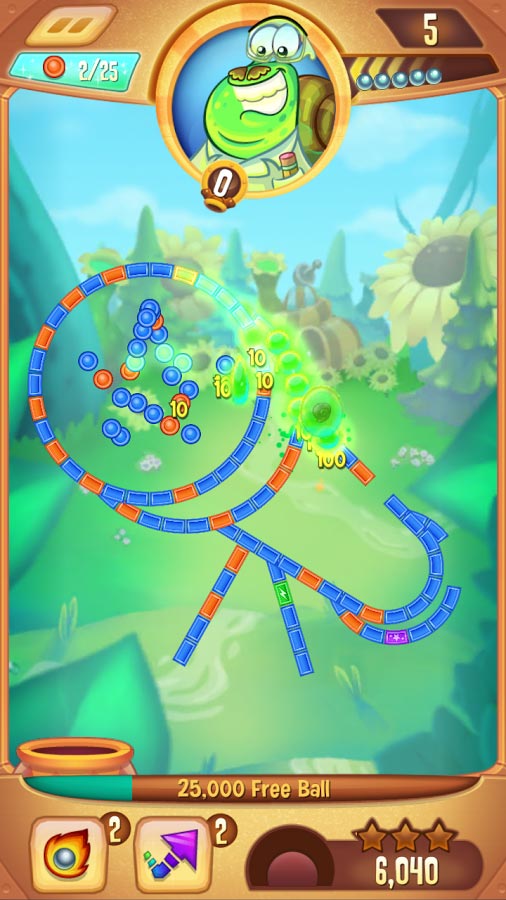 – Bring the joy anywhere, anytime with easy-to-use controls and unpredictable gameplay. It’s an exuberant ball-and-peg blasting puzzler everyone can enjoy, but only the magical will master.
– Bounce your way to fun with every high stakes shot and mighty near miss. Pop orange pegs to reach the explosive joy of Extreme Fever. Compete against friends while you progress – and send them sparkling gifts! The action never gets stale thanks to peg-gooping gnomes, gem drops, time bombs, brilliant boosts, and triumphant rainbows.
– Immerse yourself in an evolving, wondrous map full of glittering worlds, including Pearl the octopus’s sunken pirate ship and Madame Batrina’s cave opera hall. Win big and experience over-the-top reward moments, enhanced by a majestically dynamic soundtrack that sings with each shot.
– Meet mystical Peggle Masters and learn to use their extraordinary powers, like Bjorn the unicorn’s Super Guide, or Jimmy Lightning’s nuttarific multiball, to rack up legendary scores. Then test your skills with head-to-head matches against the Evil Master Fnord (Bjorn’s mischievous brother). Aim! Shoot! Score!

If you’re a fan of the Peggle franchise then you will probably want to check this new game out. Peggle Blast can be downloaded off of Google Play for free and does contain optional IAPs should you want to take advantage of them. You can also check out the game in action ahead of time in the video trailer below.