The proliferation of endless running games in app stores can at times seem, well, endless. That fact hasn’t discouraged Sony from putting out a second entry into the genre (The first being Ratchet and Clank: Before the Nexus), this time featuring the amiable Sackboy from the popular Little Big Planet series of Playstation games. Does this game bring anything new to the table or has it collapsed from exhaustion in the crowded space of mobile runners? Check out my review to find out.

While many endless running games have the player running for running’s sake, RSR! provides the impetus of evading Negativitron, the primary antagonist of Little Big Planet 2. Players will jump, dash and run their way through a series of stages while completing mission objectives and setting distance records. 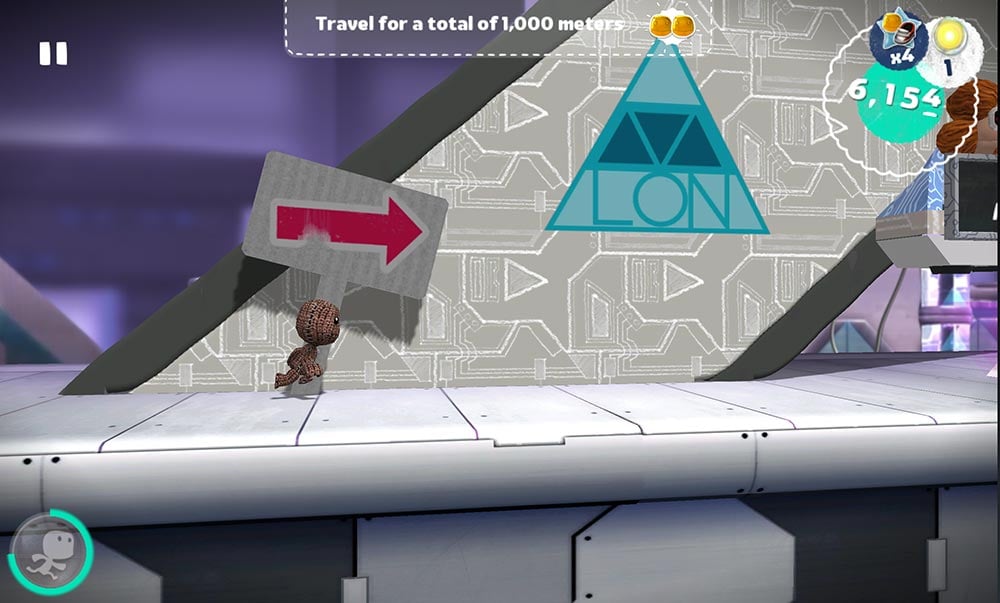 What really works to the advantage of this game is that it does not forget its roots as a platformer. Rather than navigate twists and turns similar to Temple Run or strafing to avoid obstacles such as in Subway Surfer, players must jump or dash over obstacles and jump on top of enemies a la Super Mario. Players can hop between platforms or traverse the bottom of stages (which tend to have a greater number of obstacles) as they make their way through the game. To this end, RSR! feels akin to those the levels of Super Mario Bros. in which the screen continuously moves to the right.

This game is a visual feast that is so demanding that it comes with a graphics setting. The phrase “console quality graphics” gets bandied about often in mobile gaming, but this one of those times where no one is blowing smoke.

The game looks so amazing that it is almost as if it were ported straight from the Playstation Vita. The animation is fluid, textures are sharp and models are high quality. Graphically, RSR! gives the best of Unity and Unreal Engine 3 a run for their money (note: I reviewed this game on an LG G3. The visual fidelity on your device may not be similar if you are playing on an older device). 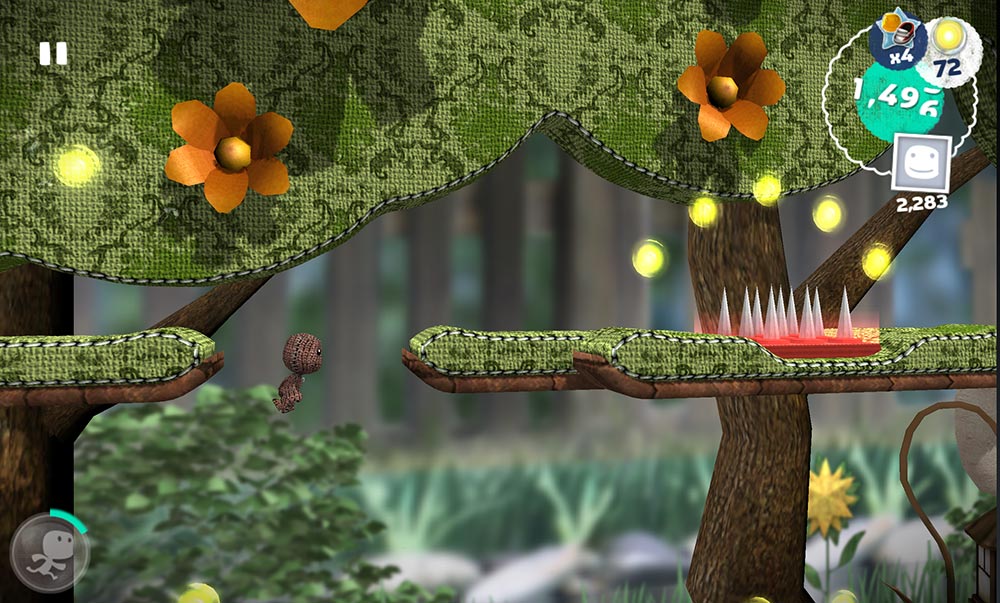 While the controls have no lag, obstacles requiring a jumping dash can become more daunting than they should be due to accidental recognition of one command or the other. This can lead to Sackboy dashing into enemies rather than jumping over them or jumping onto spikes or traps rather than dashing over them. The problem is infrequent but noticeable as the pace picks up at higher distances.

If you have played any LBP game, then you will be well acquainted with the sounds and musical style. If not, then just prepare yourself for an eclectic mix of music so upbeat that you’ll swear you’re in an episode of Backyardigans. 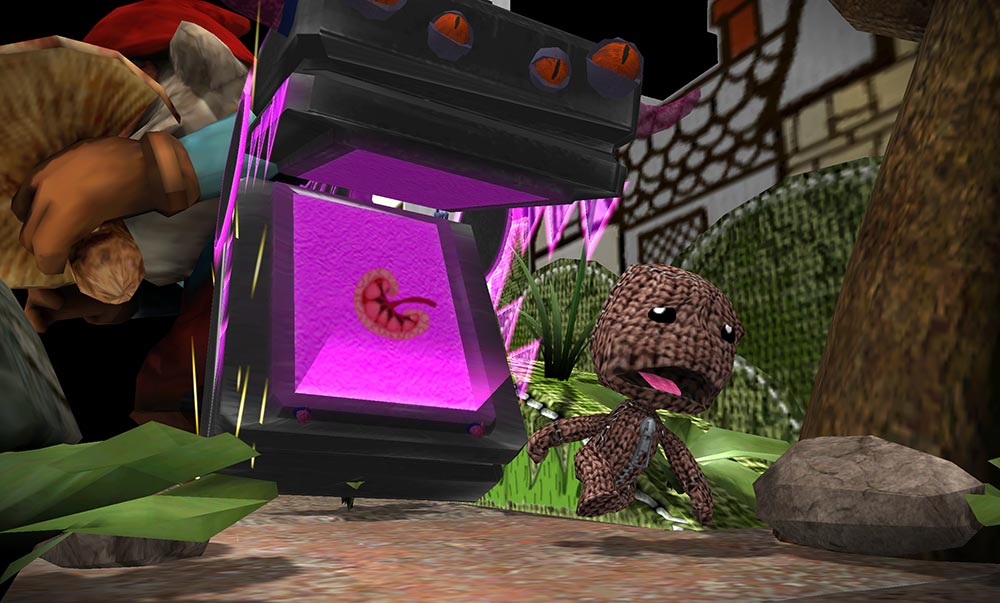 Multiple paths, multiple stages, stickers to collect and mission objectives; if you are a fan of endless running games, this one gives you enough additional reasons to keep playing beyond beating your old distance record.

A solid but not flawless experience for fans of the endless running genre or Little Big Planet. The eye candy and platformer approach make this worth checking out even if you are not fans of the series or the genre.