Gameloft’s Modern Combat 5: Blackout will be getting its first content update at some point today. One of the bigger additions to this game is the inclusion of two popular maps from two of the previous Modern Combat games as well as a new voting system for multiplayer when maps are switching between games.

Update: December 18th, 2014 7:38am PST: This update for Modern Combat 5: Blackout has been delayed for Android. According to a Tweet from Gameloft, the reason for the delay happens to be problems with the Google Play Store. The company says they are working overtime to get the update live. When it does arrive, we will post an additional update to let everyone know. Thanks to Khoo Chee Siang in the comments below for the initial heads-up!

Also being added to the game is a map voting system which allows players in a match to vote on the next map to be loaded into the next game. This isn’t too different from voting systems found on PC FPS games like Team Deathmatches is Counter-Strike: Global Offensive. Multiplayer will also be getting leagues, five of them in fact, which will be geared towards both solo players and teams. There are sort of tiered the same way as other online combat games: Bronze, Silver, Gold, Platinum, and Diamond. Rewards will be dished out at the end of each weeks for players in the top spots in each league. 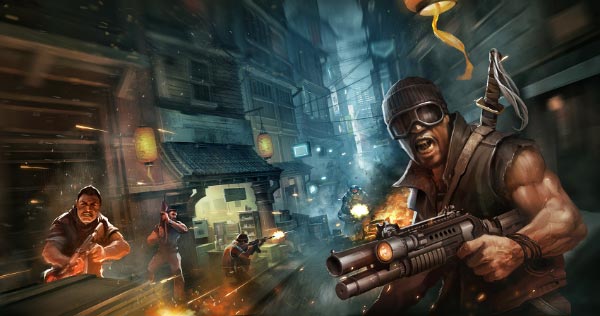 An interesting new addition to the game is the inclusion of new Area of Effect (AoE) perks for each soldier type. When a soldier activates their AoE ability, it will effect not them but everyone around them, adding a layer of strategy to multiplayer matches. The AoE perks are:

New battle packs will be available as well. Here is what you need to know about them:

– Gain battle packs as a reward in-game or through purchase
– They randomly offer one of the following: masks, kill signs, XP boosters or pro weapons
– A pro weapon is a modded version of an existing weapon, holding different stats but a similar balance to the original version

And of course there is Christmas content added to the game for the time being including a special Santa Skin for your character. So now you can legitimately kill Santa for not bringing you want you wanted for Christmas… sort of. Finally Modern Combat 5: Blackout will be available for $3.99 once the update is released. As of the time of writing this, it hasn’t hit Google Play but it is planned for today.