During our announcement the other day about our upcoming Charity stream we also mentioned that we have a couple of Nvidia Shield Tablet packages to giveaway. One of these will be given away during our Charity live stream on TwitchTV which will be happening in the next few days. The other one we are giving away right here on the site and here is how you can enter in order to have a chance to win this package.

Update January 2nd, 2015 10:06am PST: This prize has been claimed by Ben. Stay tuned for our upcoming charity stream where we will give away another one of these prize packages to one lucky viewer. Details down below.

Update January 2nd, 2015 10:00am PST: A winner has been randomly selected through the widget. Congrats to Ben Davies for winning the Nvidia Shield Prize Package. He has 48hrs to respond to our email in order to claim his prize. If he does not respond within that time, we will select another winner. Either way we will post an additional update when the prize is or is not claimed.

So let’s just jump right into the rules and the prize shall we? This giveaway is open to everyone who is 16+ years old. As for location, everyone is eligible to enter. To earn entries into this giveaway, all you have to do is follow the instructions in the Rafflecopter widget located below. There are multiple ways to enter, each counting towards your total number of entries. This giveaway starts now and ends January 1st, 2015. The winner will be randomly selected out of all the entries on January 1st, 2015 and will be announced on January 2nd, 2015 at 10:00am PST. 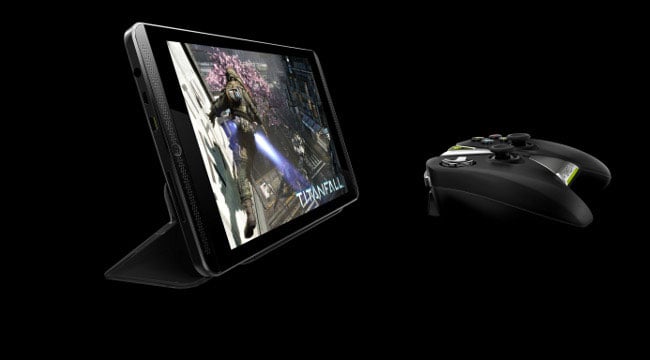 One winner will be selected at random to win the above prize package. We do have a second package to giveaway but that will be given away to one lucky viewer during our upcoming Charity stream on TwitchTV. We will announce a day or two ahead of time when that will take place. You can help us pick the games we will be playing over on our official announcement for the Chairty stream.

Good luck to everyone who enters!