Developed by a Chinese company called Snail Games, there are actually two phones coming from them, The W and The W 3D. If the company sounds familiar this is because we’ve reported on them before but for their upcoming games, one of which actually looks good called Taichi Panda which was supposed to be released in December 2014 onto Android but has yet to make its appearance. Perhaps this is because they were developing phones. 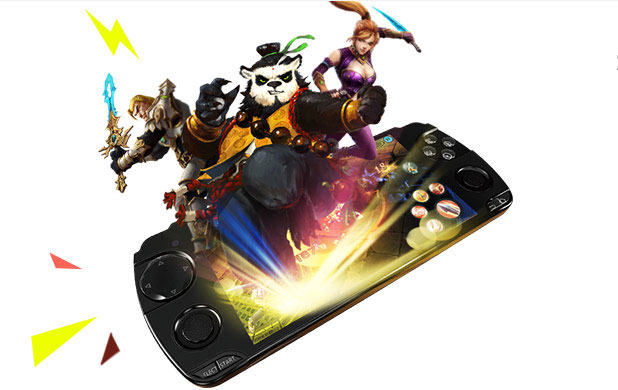 Both phones are geared towards gaming on Android as both sport physical controls built right into the phone itself, something we haven’t seen in a very long time surprisingly. The difference between the two phones comes down to the glasses-free 3D feature. The W doesn’t have it and The W 3D does. For the physical controls, gamers will have two analogue sticks, four face buttons, and a D-pad. The W 3D and its glasses-free 3D feature will also make use of eye-tracking technology via the front-facing camera to attempt to provide a better 3D experience.

In terms of other hardware, what is known so far is that the W 3D will come with a Octa-core 2.2 Ghz processor and 16GB of internal storage. The screen is 5.5″ in size and will provide 1080i resolution as well. The W 3D will also be working with Snail Games’ upcoming Android-based game console called the OBox which they are also showing off this year at CES 2015 (more on this in another article). The phone will be able to stream games over to the OBox so you can play them on a big screen using a controller.

As for when either phone will be available for purchase, nothing solid has been announced as of yet regarding a solid date (right now we are looking at Q2 2015 for China and in US / Mexico in Q3 2015) or pricing. We will, however, be going hands-on with The W 3D shortly.