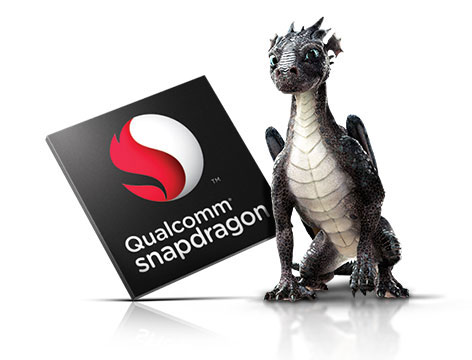 Some of the statistics for the Snapdragon 810 and Adreno 430 GPU include a 30% performance increase as well as a 20% decrease in power consumption. This is a pretty good improvement over the company’s previous generation of mobile chips and GPUs. This will be the chip that goes head-to-head with Nvidia’s newly announced Tegra X1. The Snapdragon 810 is a 64-bit Octacore chip and the Adreno 430 GPU comes with 228 shaders which is more than the Tegra X1 which is said to be arriving with 256 shaders. It too will support 4K video encoding and decoding as well.

Waerables was another point that Qualcomm touched on and the fact that they are currently involved in it in many products already out with more coming in the near future including Android Wear. They expect this to be a big market in the near future and are going to be pushing their chips and technology into it even more than already.

Qualcomm also went into the automotive sector with their press event and their new Snapdragon 810 chip. It seems the connected car is currently the big thing for chip makers to focus on this year during CES 2015… or at least their press events. All of these features inside the car range from in-car computers (more behind the scenes computing in the car), wireless changing when in the car, and so on.

After a quick blurb about everything they are showing at CES 2015 and what products the new Snapdragon chip is in, there was a short Q&A session. One question was put forth about how Qualcomm would compare gaming on a Snapdragon to that of a Playstation 2 or Playstation 3, mainly in terms of visuals. Answer: Can’t really compare those Apples to Apples but most of those games on the PS2 and PS3 work on the chip. That about sums up the Qualcomm press event at CES 2015.